Voices from “The Dark Princess” 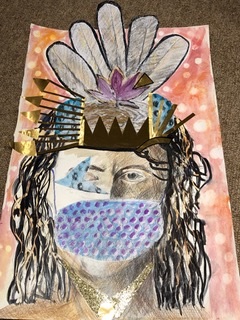 In mid-April, I held an online course called “THREADS” in collaboration with Storytelling Toronto. THREADS is an annual workshop series that invites participants to move into a single fairy tale and find their own threads of meaning. This year I chose Richard Kennedy’s modern fairy tale “The Dark Princess.” I had planned to present it in early April, along with a personal story that expressed how I had experienced the “dark princess” in my own life.

The presentation was cancelled due to the pandemic, and in adapting the course to the Zoom format, I decided to forgo the personal story and just tell the fairy tale. I have to admit that I had second thoughts about whether or not “The Dark Princess” was the right choice in our changed environment. It’s about a lonely princess whose light is so brilliant it blinds anyone who looks at her directly. As she grows up, she also loses her own sight, so by the time she has reached her teens, she can neither see nor be seen. When I reflected on her predicament, it struck me that the story might help us to engage the isolation that we were all experiencing together. So I swallowed hard and went for it.

Here are some of the things that the participants said about THREADS and the online experience.

Jeffrey Canton: For me the greatest satisfaction in taking THREADS is the opportunity to dig deep into a story and to think about it from the multiple perspectives that you so carefully weave together and so thoughtfully invite us to explore with you. THREADS enriches the experience of storytelling for me in that we, as both tellers and listeners, find new and often unexpected connections to a story but also have a safe environment in which to traverse the different paths we take as make our journey into story—sometimes paths that aren’t at all comfortable. It’s that safe intimate space that I am most connected to and in your Zoom course, I loved that you were able to make us feel as connected as we would have been if we’d been all together in a physical space. In some ways even more so since we had to be more present.

Lynda Howes: I read and listened to your telling of the Richard Kennedy story. I was skeptical of my ability to respond to a story to which I felt no connection. But you persisted in your supportive attitude that we follow “our artist’s intuition”. Even if we don’t like the story, we do have a response. You encouraged all of us to look at the story as a jumping off point to start our own story. Your constant support gave me the courage to say and do whatever came to mind. I felt I had grown personally, and I loved listening to how those among us who do not identify as storytellers, but as visual artists, poets, therapists, etc., responded each in their own way.

As we moved through four three-hour sessions, we grappled with the problem of connecting with the painfully isolated princess. The story seemed to need us to stretch ourselves and reach into her darkness, which led to some important questions. Why is touch so necessary? What does it mean to be in touch with one another? How do we navigate the situation when we’re groping in the dark and we can’t see the future?

Katie Curtin: I related to the princess as she was going blind and not knowing what was ahead of her. Initially I found the story hard to relate to. But it allowed me to give more license to my feelings of surrendering to the unknown, instead of trying to figure it all out, or be in fear about what is ahead of us with the pandemic, and the world economic situation.

Others explored the problem of secrecy in the story. Why did the parents keep their daughter’s blindness a secret? How do we disable one another by hiding our truth?

Jeffery Canton: One of the themes that stood out for me in “The Dark Princess” was how harmful secrets can be. Our exploration triggered a memory of something that happened to me just before my 13th birthday when, for the first time, the reality of the Holocaust came alive in the persona of family friends whose incarceration in Auschwitz I had never imagined. I wrote a story which I’ve called “Silence is Golden” about how my Granny helped me understand why it’s essential to speak out and speak your mind. Writing and telling this story was a very powerful moment for me because it was only at that juncture that I felt a deep soul connection with the story we’d been exploring. It was a moment of transformation that is a part of every course that Michelle teaches because THREADS fosters not only a deep exploration of a story but creativity as well.

THREADS culminated in a presentation by every participant, and, in addition to hearing Jeffrey’s moving story, we were offered poetry, stories, visual art, and music. One of the participants, Arlene Moscovitch, who is a documentary film producer, made a short video to express how she experienced the princess’s isolation and her movement towards love. Arlene and several others were struck by the moment in the story when the princess had a reckoning. She had been testing suitors by asking them to look at her directly. Nobody wanted to go blind, naturally. But one day, a suitor considered it, and in that moment of hesitation, the princess realized that she could never pass her own test. She didn’t have the love.

Arlene Moscovitch: That was a really pivotal moment for me, because the minute you realize that it’s your love that’s lacking, you actually have some agency. You’re not simply passive, waiting for other people to love you. I saw it as an opportunity for the princess to move forward into some place of transformation.

In the end, the princess finds love in a fool who is willing to plunge into her darkness. Their story seems to end tragically, but for some of the participants, that was not the case. 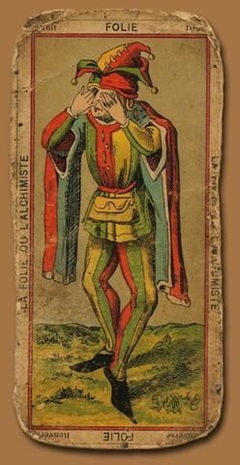 Kristen Roderick: Like all of Michelle’s courses, “The Dark Princess” quickly became a gateway through which so many gorgeous insights and mysteries unraveled inside me. The most important moment in the story for me was when the Dark Princess followed the Fool off the cliff and plummeted to her death. Unlike the other parts of the story that were filled with shadow, deceit, disappointment, sorrow or shame, the ending felt less like a tragedy and more like a revelation. The ending of the story made me wonder: When we surrender to something completely, what becomes available and what do we see? Where in my own life could I be more brave? For me, the gift of the ending is the beauty and wisdom that arise when I’m willing to confront the darkest moments of life.

The terrain of a fairy tale is not always a comfortable place to be, and “The Dark Princess” proved to be challenging for everyone. It brought up the pain of being isolated from one another, but it also moved us into a deep conversation about what creates isolation and how true connection can be made. As a facilitator, it prompted me to look for new ways to interact and engage our bodies while on Zoom.

As Pixie Irving said, “The THREADS course definitely provided very important support for me during this time when we are all self-isolating. Just seeing others on the screen and interacting with them and receiving all your feedback was very reassuring.… Would I do it again? Most definitely!

The featured illustration is “The Corona-tion,” created by Sharlene Friedman during her “Dark Princess” exploration. Sharlene says: “Her work is to move forward fiercely with compassion.”

← Fairy in the Grass Oliver Sacks on Awakening →