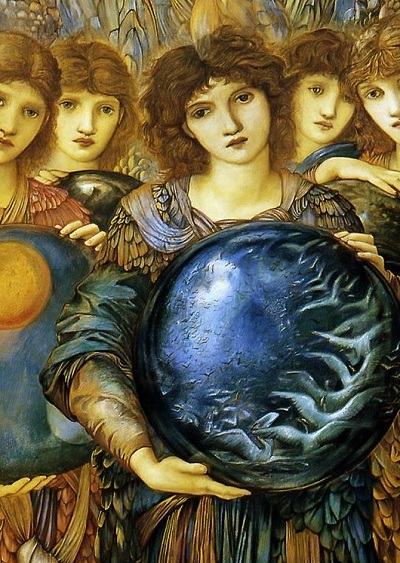 Trust. By definition, trust is a firm belief in the reliability, truth, or strength of somebody or something.

Numerous fairy tales speak to the value of trust and the problem of breaking trust. Typically, a group of older brothers will betray the trust of the youngest to steal a secret or a treasure. So, for example, the brothers in The Gnome (Grimms) leave their youngest brother in a well after he has slayed the underworld dragons and freed the captive princesses. They take the booty and run.

When we become adapted to an environment where there is no trust, the so-called “strong” survive and the so-called “weak” are left to rot in the well. But the “strong” forget the extraordinary power that comes with being trustworthy.

Take Hans, for example. He comes from another Grimms story called The Griffin. His older brothers think he’s stupid and naïve because he trusts, and, at the same time, they can’t figure out why Hans seems to have so much good fortune. Here’s how Hans describes his special power.

All my life I’ve been told I’m stupid. Why? Because I’m honest and I trust people. My brothers believe that people are not to be trusted, but that has never been my experience. Everywhere I go, I tell the truth, and everywhere I go, I meet somebody who is kind, or requires kindness from me. As a result, I’ve done a lot of things in my life that look like magic to my brothers.

Recently, the king has been testing me. I’ve performed all sorts of “magic tricks” to win his daughter’s hand. Now he has sent me off to bring him a feather from the Griffin’s tail. The Griffin is much older than the memory of anyone I know, and belongs to an era long past. Certainly, no Christian would ever speak to the Griffin. People say he eats Christians. Well, I’m not afraid to speak to the Griffin. I’ve never met anybody that I can’t speak to, or help in some way.

Trustworthy people follow through on their promises. They hold confidences. They keep our children and our treasures safe. They are essential on any adventure or initiative that involves building great things. Trust is the fabric of society and the thread that weaves us all together. It enables us to go to school, join crowds, and ride on trains, planes, and subways without fear. Whatever our politics, trust engages us in a fundamental, unwritten agreement to look after one another as human beings.

When you think about it, each of us holds the trust of many living beings. What does that trust make possible? What power does a society have when the people are trustworthy?

← Including US The White Snake →