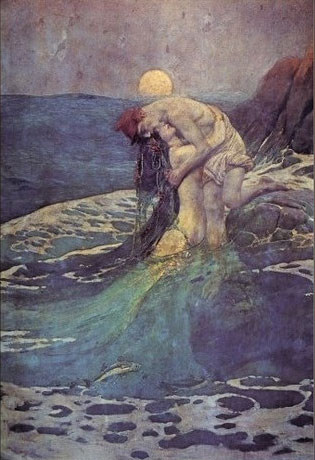 When I think of my real-life heroes and heroines, I think of people who meet sorrow and death with love, lighting the passage for those who follow. I also think of people who don’t make decisions based on political or market forces but rather on what they know in their hearts is the right thing to do.

In all sorts of ways, the stories express an essential relationship between two parts of ourselves. One is out in the world seeking, and the other is trapped in some inaccessible place or put under a spell. The one who is free sets about to save the one who is imprisoned, and the roles go back and forth. Sometimes it is he who saves her, and at other times it is she who saves him. But they are both true-hearted. The stories culminate in their reunion, which is often a marriage, a hieros gamos, renewing the ancient bond between spirit and matter, heaven and earth.

Honorable people, faithfully pursuing values of compassion, honesty and justice rarely make headlines. But the invisible reality is that there are many true-hearted people in our midst who have never left themselves at the altar. Why is this inner marriage so vital? The question inspired an audio reflection. It is accompanied by music composed by Stavros Stravropolous, a sublimely gifted artist and friend. It comes from his album, The Healing, and the song is called “Grace.”