To Perform or Not to Perform … That is the Question 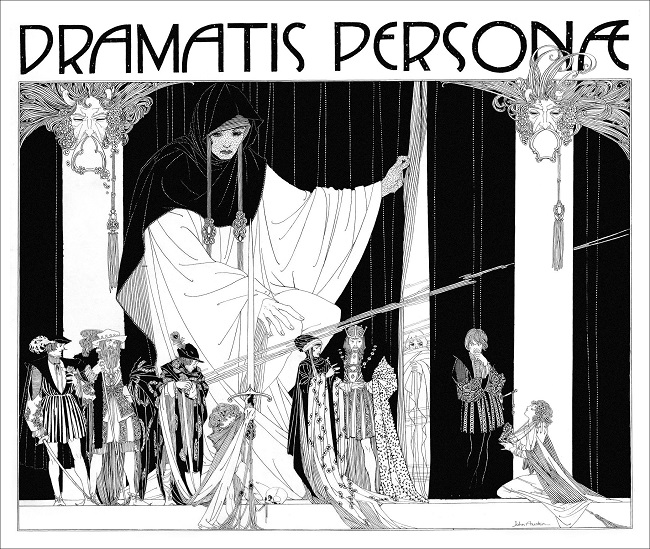 I love creating things that can be shared with an audience, but I struggle with the notion of performance. It’s hard to go out there and put myself on the stage. I’m not a natural extrovert, and I know I’m not the only performer who feels reluctant to leave the wings. Dan Yashinsky, one of the founding members of the Toronto storytelling community once said, “Introverts often make the best storytellers.” But how do we move out of the shadows? And what is going on underneath this struggle with performance, anyway? 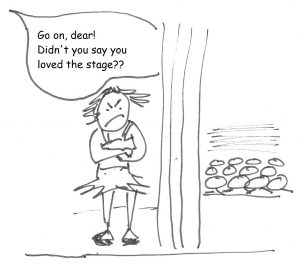 For me the idea of performance has always been connected with the need to become “the best”—to have the best technique, to deliver a flawless performance, win the competition, bag the medals and trophies. To what extent does the drive to be on top distort the raw beauty of a simple, natural performance? How much real art goes unseen because we’re looking in the wrong place for it?

Once I had a dream that I was in a dance class. The teacher had directed us to literally jump through hoops and stay on the lively staccato beat of the music. Our footwork had to be impeccable. I was nervous because a photographer from the newspaper had arrived and I didn’t want to be responsible for getting us a poor review. I began the routine unnaturally, trying too hard. Then I tripped and fell. Flash flash flash! went the camera. I looked up and saw the photographer standing over me with a wide grin on his stubbled face. “That was beautiful,” he said.

“The way you fell. I’m fascinated by the way people meet failure. I’m always looking for it.”

From the photographer’s standpoint, most performances were just about running predictable routines. Nothing interesting happened until the performers met the unexpected.

That dream, like so many over the years, has informed my notion of performance. When I hear a story told or I see a dance or a play performed, I’m always looking for the human element. Not the failure, necessarily, but the lit-up, lived-in presence of the person who is performing.

Telling fairy tales amplifies the need for a living presence because otherwise the stories can seem impenetrable, archaic, and disconnected from everyday reality. In an attempt to convey the story, people sometimes change it to make it contemporary, or parody it to make it palatable. But in my view, these little myths ask to be embraced as they are, just as we ask to be met and not pre-judged by our appearances. They invite us to step into a place we don’t know, and live there for a while–light the story up with our presence, as if we were stepping into an old castle. 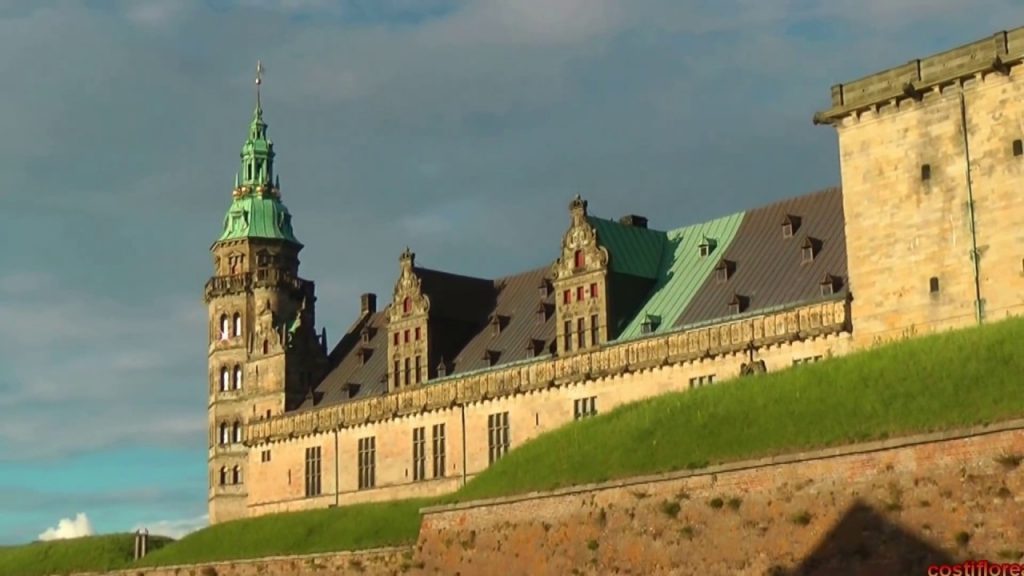 In his book, Hamlet’s Castle, Gordon Mills tells his readers about two young physicists who went to visit Kronborg Castle in Denmark. As Werner Heisenberg wandered through the castle with his friend Niels Bohr, Bohr said:

Isn’t it strange how this castle changes as soon as one imagines that Hamlet lived here. As scientists we believe that a castle consists only of stones, and admire the way the architect put them together. The stone, the green roof with its patina, the wood carvings in the church, constitute the whole castle. None of this should be changed by the fact that Hamlet lived here, and yet it is changed completely. Suddenly the walls and the ramparts speak a different language. The courtyard becomes an entire world, a dark corner reminds us of the darkness of the human soul, we hear Hamlet’s ‘To be or not to be.’ Yet all we really know about Hamlet is that his name appears in a thirteenth-century chronicle. No one can prove that he really lived here. But everyone knows the questions Shakespeare had him ask, the human depths he was made to reveal, and so he too had to be found a place on earth, here in Kronborg.

When a storyteller has inhabited a story, there’s a transmission of a lived experience, a sense that the teller has touched the stone walls, flung open the shutters on the windows, felt the sun and smelled the fragrant wheat in the field. The presence of the person in the story brings it to life; makes it real.

To me, these illumined tellings are sacred, not only because of what they reveal, but also because they come at a certain cost. Anyone who has lived into a story has in some way been pierced by the tale. They’ve known Hamlet’s turmoil. They’ve paced the cold stone rooms, shivered in the rain on a ghostly night, wept with the wild grief of Ophelia. They have walked in two worlds at once, and when they come out of the shadows to share their stories, they offer us a precious gift. It’s the closest thing to real communion that I have ever experienced, and so much more than performance.

There’s something deep and ancient at the root of this artistic engagement, something that summons our humanity. I dreamed not long ago that I found myself back in ancient Greece, living on an island in a sea of islands. I was sitting at the edge of a natural pool in an underground amphitheater. I could look out through a large archway in the cavern and see a cluster of other small islands. I had been choreographing a performance for an audience that was set to gather later on that day. Half a dozen performers were rehearsing with me when all of a sudden we heard cries above us. We looked out to sea and saw dozens of tornadoes approaching our islands. They were wind and water funnels, powerful but small. Behind them a huge tornado churned, and we were right in its path. Everybody started running for cover, and I said to the other performers, “Go, do what you need to do. We won’t be performing today!”

They flew off to find their families and I sat alone at the pool. I was a mermaid in our play and the lower part of my body was wrapped in a long silken cloth that shimmered in the water and moved like a fish tail. As the tornado approached, I decided to meet it with my art and go on with the performance. That resolve had the effect of stripping everything down to its essentials. The performance didn’t need an audience. It didn’t need a lot of fancy choreography, just the basic intention to meet the storm-god with my humanity. Is there any better performance than that?

← Oliver Sacks on Awakening Latest Flight of the Broad Mind! →