The Wild Swans at KEYS 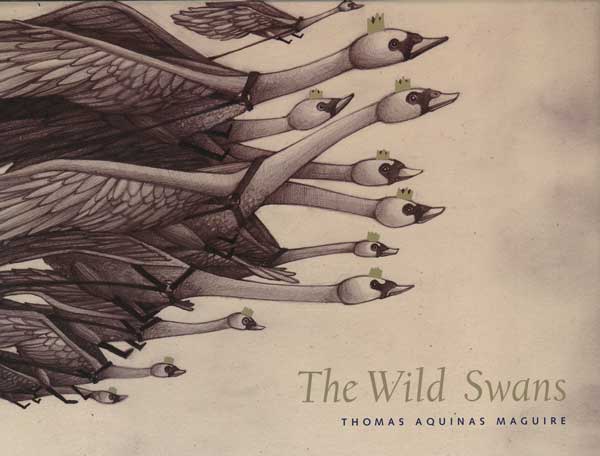 I had the pleasure of having lunch last Friday at West Toronto KEYS to Inclusion, and after eating a delicious meal, we had a storytelling session. I brought with me an unusual gift, given to me by my friend Rose. On the outside it looks like a book telling Hans Christian Andersen’s story, “The Wild Swans”. But when you open the book, you discover that the story has been told in one long picture, drawn by illustrator Thomas Maguire.

Unfurled, the picture is 45 feet long!

After laying the story down on the floor, we wandered around it, looking at the pictures. Lately KEYS participants have been working on recognizing shapes with the help of a community partner at the AGO. So we spent a little time identifying different shapes in the story, such as the round moon face of the fairy who watches the girl when she sleeps, and the rectangular shapes of the eleven brothers dressed in their military-style clothes.

At a certain point the group wanted to know the story, so we gathered together at the beginning of the story and we literally walked along as I told the story. One of the young women started to repeat what I was saying in her own delightful way, and she became my echo, accentuating the important and powerful words. I would say, “The swans took her high up into the sky.” And she would say, “High up into the skyyyyy!” with a trail of awe in her voice. She took every phrase into her own body, stretching her arms, and stamping her feet. The others followed her lead and by the time we had walked the whole distance of the story, all the participants, even the ones who had wandered off earlier, were gathered around the pictures.

Afterwards, we gathered in a circle to share our favorite parts of the story. The group leader passed a plastic microphone, and in unison we called upon each person. For example, they called: “Hey Michelle!” My line was: “Say what?” Then group asked, altogether: “What was your favorite part of the story?”

Everybody had different pictures, of course!

I sat beside a young man who was enjoying the call-outs so much that he didn’t realize the microphone was about to be passed to him. “Your turn is coming up,” I whispered. “What?” he said, snapping out of his glee with an expression of mild shock. “What was your favorite part?” I whispered. “I don’t know,” he said. “Was it the girl?” I asked. “No.” “The children?”

The mic passed to him. “Children,” he announced, and then explained that it was the children in the castle, all lined up in a row. Once he had finished his contribution, he passed the mic to me and returned to his gleeful state.

Hours after I came home, and all the way through the weekend, in fact, I felt the energy of that wonderful group. Thank you, Helene Murray at KEYS for inviting me! I hope we can find more ways to tell stories together.

P.S. When I ran my blog article by Helene, she said: “What is so powerful for me is that the young woman who was your echo actually has a lot of difficulty speaking clearly and getting her thoughts out in words that can be understood. So how amazing to have seen and heard her repeating your words so fluidly and easily. And the young man who sat beside you just loves babies and small children. At the AGO cafe he instantly befriended a little baby, so it was consistent that he would call out the children! 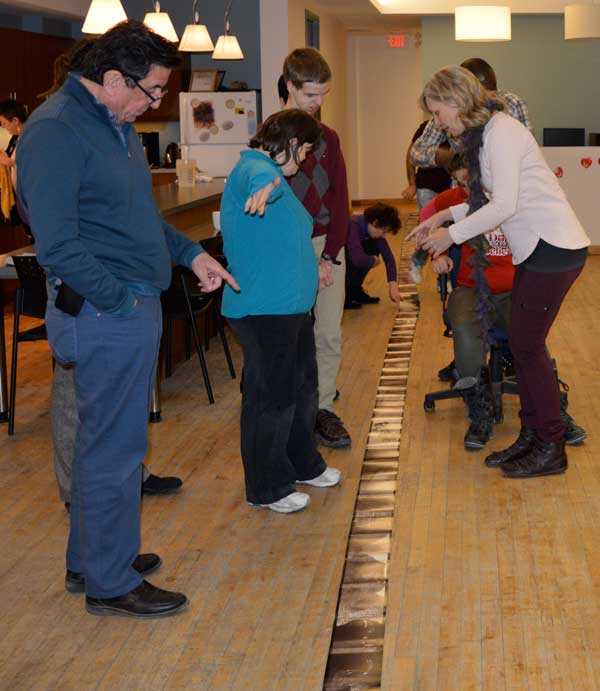 ← Going to the Moon Stashing the Soul →