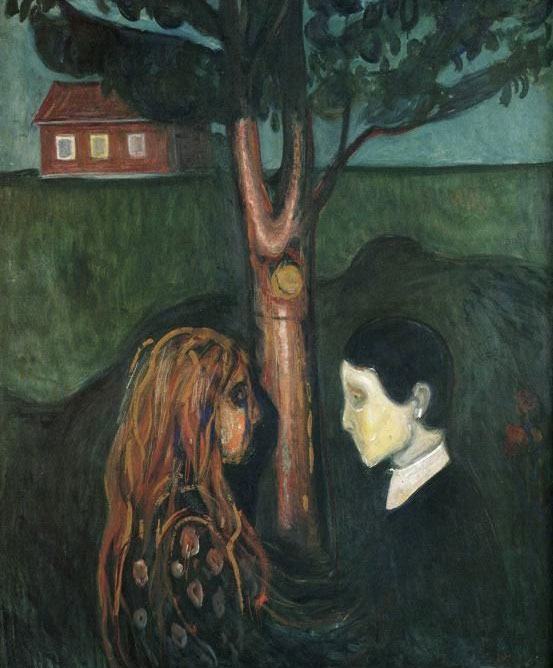 Here is an unpublished parable I wrote a number of years ago, inspired by the Grimms’ fairy tale, “The White Snake.” I wondered who the white snake could be, and how he might be faring these days with so many humans starved for his wisdom.

Once upon a time, in a fairy tale, a white snake was caught, killed, and served on a platter to a king. Every night the king would eat a little of the snake, and as a result he could understand the language of every creature on earth, in the air and in the sea. He grew very wise, indeed.

What the king did not know was that the white snake had been the mother of yet another rare white snake. Alone in a great forest, the little fellow had to learn to fend for himself. He managed to survive, and, since white snakes are extremely long-lived, he is with us still.

Today people around the world know about the white snake. He’s become something of a superstar in the animal world. Measuring the length of a city block and over four feet in diameter, he continues to reside in his native forest, which we have made into a national park. Tourists come and walk along the four-kilometer boardwalk, hoping to get a glimpse of him. Until recently, he’s never let anyone down. When the crowd gushes through the gate, he comes out of his hole to see them, slowly winding through the trees like a ghostly river, hissing gently so as not to disquiet the wary humans.

Perhaps you have come to our country already, and you have seen him. If you have not, I will try to describe his potent affect. This marvelous, strange creature has the most extraordinary eyes. They are the size and color of pumpkins, and they burn with such a warm and intelligent light that humans are instantly charmed. His eyes reassure us that we are not adrift in the universe to wander in darkness and die. They are filled with such compassion for the human condition that we feel we are looking into the eyes of God. We are profoundly comforted. People go to the white snake to experience awe, to heal old wounds, restore their faith, and find peace in a troubled world.

I’m not trying to promote the white snake, please don’t get me wrong. Quite the contrary. I am simply trying to express, as truly as I can, the power of the animal. Like the king in the old fairy tale, those of us who have had a taste of the white snake look at the earth in a new way. We can no longer simply exploit her resources. As our ears become tuned to the speech of trees, animals, clouds, and stones, we begin to fathom the intelligence of the body within which we reside.

How I would like to end the story here, and tell you that the white snake has made us wise.

But I must confide that I have been observing the white snake for some time. For years he has obliged us, showing up four, five, even six times a day to meet the flow of people on the boardwalk. It is clear that he understands how alien we feel in the world, and how desperately we need to be known by another species. I believe he not only feels a sense of duty to respond, he genuinely does love and pity humans.

Unfortunately, our need to see the white snake has grown too urgent. Day and night he is having to meet the human flow and our demands are giving him no rest. Several years ago he began to move more slowly. He always came out of his hole to greet the tourists, but his eyes would close from time to time, causing people to become angry and demand their money back. Some became fearful, because when the snake’s eyes are closed he inspires terror. All that raw, primitive whiteness is too ugly and alien for most of us. People, being who they are, are apt to dwell on his monstrosity and forget that he even has eyes. They become obsessed with his eating habits, (yes, he consumes twelve live pigs a day), his reek and his maggoty appearance. It is easy to hate a monster, and I myself have seen people hit him, poke him, or try to bully him into opening his eyes. This days, he just rests by the boardwalk, and often keeps his eyes closed for whole days at a time.

Yet even when he is resting, I suspect he has no peace of mind. He is tormented from within and without. He feels that has failed to meet the tide of human need. Perhaps he is ashamed to admit that he requires rest. He has certainly become sullen; even resentful. Who wouldn’t be?

Now when he does open his eyes, people are saying that he has lost his warmth and charm. They accuse him of being dull and hateful and they are concerned that he will turn against us. I have heard a rising chorus of voices in recent months calling for us to “Kill the slug!” They are warning that he is poisonous, malicious and blind.

Now I must urgently remind you that there is only one white snake on our planet. Only one. If he is to be killed, as the campaigners urge, then he will be the last white snake we will ever know. I submit that the white snake does not need to die. He simply needs to rest. We must allow him to sleep, which means that we must back off on our demand to be known all the time. Yes, his eyes are to us like the eyes of God and we long to feel the regard of his love. But we must come to accept that they cannot always be open. Our feeling of strangeness, of foreignness, our lostness in the wilderness is going to be with us at least half the time. Life will seem monstrous with its eyes closed, it is true. But that is how it is.

So I am urging you to please, please return some peace to that kind creature who comforts us. When his eyes are closed, let us open our own. Let us be that faithful friend upon whom the white snake depends!