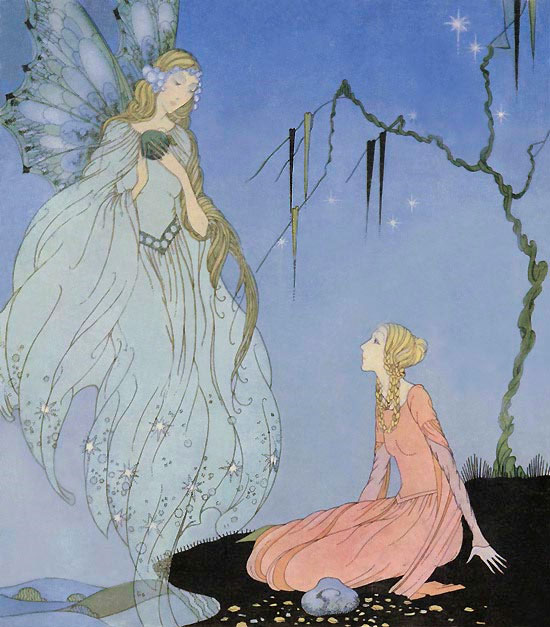 I was pruning my bookshelves the other day when I came upon an old, yellowed paperback written by Geoffrey Ashe. It’s called The Virgin: Mary’s Cult and the Re-emergence of the Goddess. I noticed a typo on the word re-emergence, which caused me to take a second look and spare it from the recycling bin. The book was written in the mid 1970s and reprinted in the mid 80s, spanning the time when Marija Gimbutas and others had started publishing studies of the Goddess religions of old Europe. Standing in the midst of papers and books, I started to read the first chapter, and I didn’t put it down for the next few hours.

In the opening pages of the book, Ashe tells the now-familiar story about the demise of the Goddess and the rise of the gods and patriarchy, but he also makes a really intriguing proposition. He argues that what died with the old Goddess religions was humanity’s confidence in the regenerative power of life. The Goddess, in all her forms, is a giver of life–the assurance of an eternal spring. She was often depicted in connection with the serpent, the skin-shedding creature who symbolizes the power of eternal rebirth. Her consort, the King, died annually with the green, natural world, and rose again in the spring. One of the oldest names of the Goddess was the Sumerian Nin-Khursag, which means, “She who gives life to the dead.” Because ancient people were assured of ever-returning life, the poet Hesiod, writing in the 8th century B.C., could declare: “Death does not terrify.”

When patriarchal systems took power over the religions of the Goddess, her serpent symbol was portrayed, not as an emblem of spiritual  ascendancy over decay and death, but as an enemy to be destroyed. In the story of Gilgamesh, the serpent steals the branch of immortality from humanity. In the Garden of Eden, the serpent becomes the seducer who causes the downfall of the human race. After the Fall, an impenetrable force field is placed at the gates of Eden, and human beings are locked out. Ashe writes: “With the fading of the ‘Eternal-Womanly’, with her cutting-down or anathematization, death had become the end with no prospect of rebirth.” People longed for a savior, but even when Christ provided that salvation, souls could not look forward to a new cycle of life, but to a static, heavenly World to Come.

Fairy tales ride on the surface of the old myths, as Marie Louise von Franz noted, and they often lead us back to reexamine the foundational myths that have conditioned us. What we find in the fairy tale is not a story of permanent death but of ever-possible renewal. The “happy ever after” dimension of the fairy tale is often dismissed as absurd or simply annoying, but it is the distinguishing feature of the genre. The stories do not leave us in a banished state, outside the gates of Eden. They make a pathway back to the Garden of Life. They characteristically end in a reunion of loved ones. Wounds are healed. Ailing and aged bodies are regenerated. The blind prince opens his eyes, the handless maiden’s hands grow back like the limbs of a starfish, and sleeping souls wake.

However the stories are re-spun for new times, the Goddess in all her forms is present in them–as the dead mother, the godmother, the helpful bird, fish, or calf. She turns the wheel of fortune, ensuring that we will never get stuck at the bottom. That’s what “rockenphilosophie” is. It’s the philosophy of the spinning wheel, meant to help us turn the corner. Come through the winter. Come around.

← The Girl Without Hands Blessing Song for Mothers →