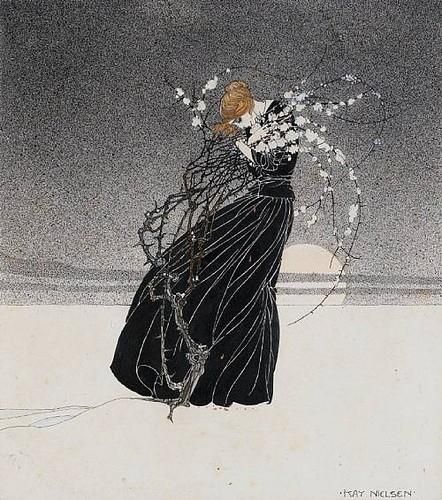 I am aware that I carry around this “ghost life,” the life I might have lived if things had gone differently. In my “ghost life” I’ve got kids, a career that’s in full swing, and a husband (or best friend) who loves nothing better than to take me dancing and off to exotic places in the world. I sing in a jazz club a couple of nights a month. I have lots of sparking dresses in my wardrobe. I can wear heels. I don’t have any pain when I travel and I have lots of speaking engagements. I tell all the stories I’ve got parked on my shelves and I’ve published dozens of books. I love my friends lavishly and I make generous contributions to worthy causes, whether or not I receive a tax receipt.

I exaggerate a tad, of course, but this is the life that some part of me thinks I should have lived. It haunts me and sometimes even torments me. Recently, when I read some excerpts from Adam Phillips book, Missing Out: In Praise of the Unlived Life, I realized I wasn’t the only one being bothered by the “unlived.”

“…our lived lives might become a protracted mourning for, or an endless tantrum about, the lives we were unable to live. But the exemptions we suffer, whether forced or chosen, make us who we are.”

Even as I was writing out the fantasy of my “ghost life” I couldn’t ignore how shallow it was. I mean, yeah, wouldn’t it be nice to go to exotic places with a partner who is “ever-ready” in every way. Wouldn’t it be nice to wear flashy dresses, sing in a jazz club, and look like I’m thirty-five even though I’ve got five kids, seven grandkids and a great grandbaby on the way. I’d be flitting around all over the place and I’d have the depth of a salad plate. Do I really want that unlived life? No, and yet, I constantly weigh the value of my own life against the “ghost life” and find it wanting.

Who is it within us who is telling us we aren’t living up to our potential? Many years ago, I wrote a story to tease out the answer to that question, and give some character to what Erich Fromm once called the “anonymous authorities” who rule us from inside our heads.

On my fifteenth birthday, my mother and father went out and left me in the castle all alone. I went around, looking into all sorts of places that had been hidden from me, and eventually found my way to an old, ruined tower. I went up the stairs and discovered an old woman sitting by the window, spinning. I reached for the spindle, and, as you know, I pricked my finger on it and fell into a deep sleep.

I dreamed that I came into the great hall, dressed in a red velvet gown with gold brocade and a long, heavy train. My hair was a waterfall of shining gold, coiled in perfect ringlets down to my knees.

The room felt gloomy and cold. Shafts of white light slanted in from the small windows above me, and crisscrossed like swords. Twelve standards hung from the balcony, each one embroidered with the family crest. There were six on the left and six on the right, and beneath each standard stood one of my aunties. I had never met them but I knew that they were wise women. They had been at my christening and had given me all my talents and gifts. I thought, Oh, I can meet them at last and thank them for all the joy they’ve given me!

I wanted to run into my aunties’ arms, but my train was heavy and there was a distinct air of sobriety in the room. Each aunt stood frozen like a statue under her standard, her arms crossed, her face rigid and stern. I walked solemnly to the first aunt on the left. She had high-cheekbones, full lips, elaborately braided hair and dazzling blue eyes. She nodded by way of acknowledgement.

“Auntie, thank for the gift you have given me. I do not know what it is, but looking at you, I see it must be beauty.”

“Take care of that face,” she said. “I gave you flawless skin.” She didn’t smile, of course. It would wrinkle her face.

“Thank you, auntie,” I stammered and moved on to the next.

She was a towering figure, a stone-eyed statue who looked like a goddess from ancient Greece. Her left hand rested on a harp. I was enchanted by her long fingers. They were just like mine.

“Thank you for my musical talent, auntie,” I said.

“Make me proud,” she replied.

I started to find it hard to breathe in the dusty hall. My laces had been tied too tightly.

My third auntie was small and hunched. She clutched a piece of stitchwork and the tiny perfect stitches composed a miniature garden.

“Show me your hands,” she commanded. She ran her scaly fingers over mine. They switched to and fro like lizard tails. “Clumsy,” she growled.

I drew my hands away. Where was the air? The train pulled on my shoulders and my neck strained.

“Many can sew,” said the next auntie. “But few can sing. Let me hear your voice.”

I attempted a light aria.

“Stop!” she cried, pressing her hands to her ears. “Do not utter another sound until you have received the proper instruction!”

I stumbled to the other side of the room, hauling my train. I was beginning to feel like a ship carrying too much cargo. At any moment, I might keel over. I could only hope that the aunties on the other side would be kinder, but they were worse. With each of their gifts—leadership, organization, writing, dancing, diplomacy—came a set of rules and responsibilities. They each had a claim on me. I was the ground for their harvest. I would never have a moment free.

I had not even completed the round before aunties I had finished with started coming up from behind, pulling on my hair and inspecting my clothes….

“Bit of a disappointment, really.”

“She’s not the child I expected.”

“Let us hope she’s trainable. Did anybody give her the capacity to learn?”

The room went round in circles. Aunties swarmed in from all sides, coming out from under their standards. My train bound me at the knees, making me their captive. I tried to turn the other way but they gripped me, poking and inspecting. “GET OFF OF ME!” I howled, ripping myself away. I bolted for the door, dragging my train behind me. And who was standing at entryway? Another auntie! The thirteenth!

She stood there all bent over, her grey hair springing from her head like the bristles of a broom. The old toad grinned at me with wide lips, but her eyes were kind and her arms were open. I fell into them, crying, “Auntie, auntie get me out of here!”

“There, there,” she crooned, rocking me back and forth, back and forth, drawing her cloak of night around me. We melted like wax and seeped through the cracks of the stone floor, down into the underworld where it is surprisingly warm and all the guests are welcome. All through the long, long winter, I slept.

For a hundred years, I slept.

And when I woke, I woke refreshed by the gift that had made it possible to receive all the others:

In the story, the aunties with their standards are holding the young woman to a set of expectations that have nothing to do with her particular destiny. Furthermore, none of them seem to have any realism about what can be accomplished in the narrow frame of an individual lifetime.

Sleeping Beauty wakes refreshed because she’s been given time, and I interpret that, not just as a hundred years of time, but a perspective that sees time in a much broader frame. We’re part of a planetary process that has been going on for eons. The ‘ghost life’ only has power if I believe that I have to get it all done in this lifetime. But what if we’re part of a much larger picture, a ‘Great Work’ in the words of Thomas Berry, like the work of the masons, painters, and carpenters who built cathedrals? They would never see the outcome, not in their lifetime, not even in their children’s lifetimes. They were working on a grand project that arched across time and brought their communities together in stone. That’s a far cry from waiting three months for a condo to go up.

The unlived, “ghost life” is a simulation, a deception as clever as any deception in nature can be. It has been created and fed by the idea that one must become somebody fantastic in the space of single lifetime – preferably in the space of one’s youth. That teenie-tiny frame of reference has the power to take hold in us and make our lives completely miserable. The fact is that who and what we are is part of reality so magnificent that it justifies every effort to dissolve our attachments to our unlived lives. Embrace the hag, the fairy tales advise, and you’ll find yourself in the arms of a beauty more strange and marvelous than you could possibly imagine. 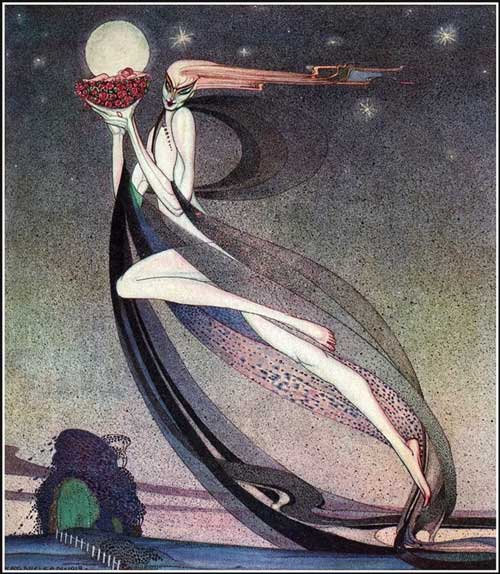