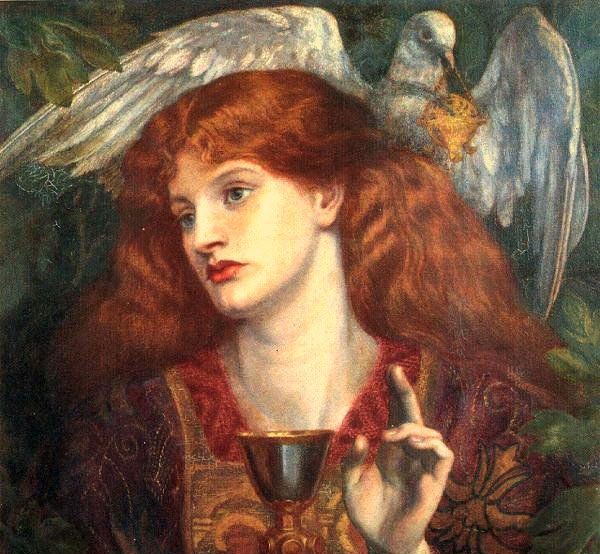 Over the holiday, I rediscovered “Down in Yon Forest,” a mysterious old ballad that I performed at the Toronto Storytelling Festival many years ago. I stood alone on stage and sang it in a childlike a cappella voice, imagining it to be sung by an absolute innocent.

Down in yon forest there stands a hall,
the bells of paradise I heard it ring
it’s covered all over with purple and pall
and I love my Lord Jesus above anything.

This year, I dug a little more into the song. It was once called the Corpus Christi Carol, or the Falcon Carol. It had been circulating for a long time before it was first written down in 1504. At the center of the song is a knight who is lying in a hall, bleeding from his wounds. Some people believe that he is a Christ figure, and others believe him to be the Fisher King, the protector of the Grail who bleeds while his kingdom goes to waste. In the earlier version there are no bells of paradise, just a hall standing in a brown orchard and a falcon who carries a Lady’s mate away.

I decided to sing the song again, and to bring both versions together to see what would happen. The song carried me into the grief in our atmosphere and ended in a surprising way. It was a strangely uplifting communion.