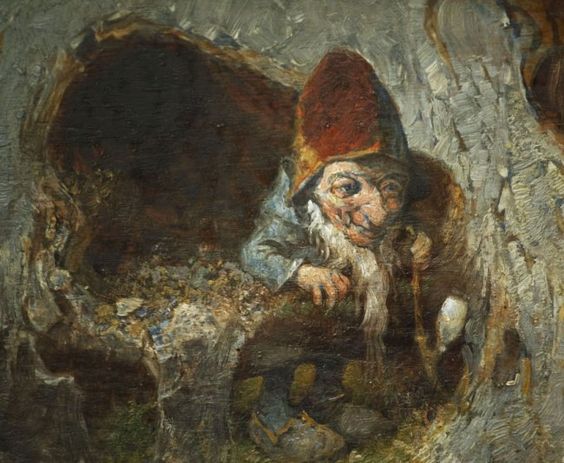 After years of learning from fairy tales (and fairies in general), I have been developing my own brand of “fairy faith.” It doesn’t exactly resemble the fairy faith that people held in the old days when they were living immersed in the natural world. My faith is borne out of a deep and abiding love for Nature, and a sturdy belief in our capacity to have a relationship with the spirits of the plants, flowers, and trees. In Nature Walking, Henry David Thoreau called this an “occult relation.” When he walked in the woods, he never felt “alone and unacknowledged.” The flowers and plants “nod to me,” he wrote, “and I to them.”

Only a few weeks ago, I planted a small fairy door over an opening in a chunk of limestone that I placed in the center of a stone ring in my garden. I was thinking more like a newbie gardener than a Celtic seer, but I was nonetheless putting down beds of Irish moss and thyme to make a carpet near the door. I made secret places with small ferns I bought at Plant World, and went to bed that night wondering how I might get mushrooms to grow in that place. The next morning, to my amazement, a sturdy Morel stood near the fairy door like a staunch Beefeater guard. What a marvel!

And “marvel” is the very door through which we enter the fairy faith. 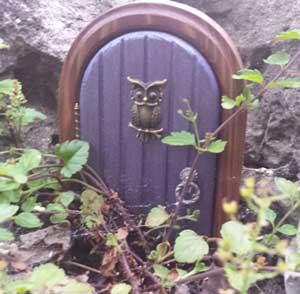 In his book, The Fairy-Faith in Celtic Countries, W. Y. Evans-Wentz described the faith as a belief that “Fairyland actually exists as an invisible world within which the visible world is immersed like an island in an unexplored ocean, and that it is peopled by more species of living beings than this world, because incomparably more vast and varied in its possibilities.”

Fairies are known to people around the globe. One version or another of the “fairy faith” has been held by Aboriginal people in Australia, North America, Malaysia, Britain, Europe, and the Far East. To the Celts they were known as the “People of Peace,” the “Good People,” Fair Folk,” and the “Silent Moving Folk.” Universally it is believed that fairies will do mischief to humans who are rude, but if you are respectful of the spirits who inhabit the woods and meadows where you walk, they will be gentle and beneficent.

After I finished my sojourn with Jack and the Beanstalk in WonderLit, I became surprisingly attuned to my impact on the natural world. It was one of those benefits that you don’t expect to get from exploring a fairy tale, but when I walked in the woods, I felt acutely aware of my size in relation to all the little beings around me and under my feet. Through the winter, I would go out every day and feed the wild birds. Nuthatches, chickadees, and woodpeckers became great friends. Downy and Hairy Woodpeckers have very sweet natures, and after a while, the Downy male would fly out of the woods to greet me when I came along. One day, a woman stopped on the path as the woodpecker landed on a branch above my head. “Oh, I’ve never seen a woodpecker so close!” she exclaimed. I said, “Yeah, he’s my friend,” and I carried off on into the woods with the woodpecker flying alongside, and doing circles around me.

During the time I spent with my small friends I started to understand what I looked like to them. I was a giantess. I could crush a small bird in the palm of my hand. In my own “occult relations,” I realized that trust is the absolute foundation for any relationship between humans and the spirits of the earth. I could think like a marauding giant and see other species as resources for my own consumption, or I could think as a friendly giant and see them as friends. From a friendly point of view, the plants and the trees and the birds are here for their own reasons. They have their own intelligence. They will enter a relationship with a human being if they choose to. That’s why I love interacting with wild birds. If they come to you, they do so because they feel safe, not because you’ve trained them, or you’ve got them in a cage. I had three canaries in cages over a period of many years, and I loved them but I always wanted to set them free. You can only get to know a certain amount about a bird when the bird is in a cage. A wild bird, going about his business through the seasons can teach us so much more. 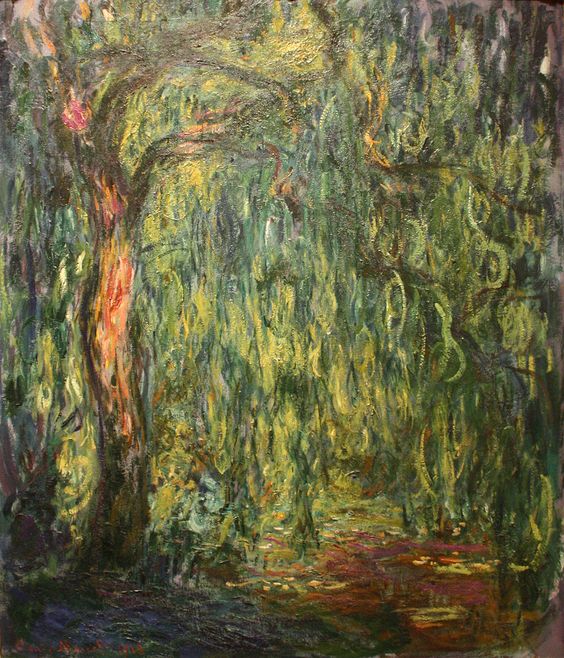 Fundamentally, I think the “fairy faith” is not so much about fairies as it is a faith in the intelligent, inspirited natural world, and, moreover, a faith in the goodness of Nature. By Nature, I mean all nature, human nature included, and here’s where the idea gets radical. The belief that human nature is essentially good runs in direct contradiction to the Christian idea that we are originally flawed and that we have fallen out of favor with God. According to the “fairy faith” we are still in the garden, only we’ve lost our ability to see into the hidden nature of life. Our “second sight” has been blinded by the belief that Nature is an indifferent selector of the “fittest to survive,” a battleground “red in tooth and claw.”

In my view, one of the most ardent spokespersons for the “fairy faith” was the Romantic poet William Wordsworth. He had a profound confidence in the beauty and goodness of Nature. In the spirit of Nature he saw the “anchor of my purest thoughts, the guardian of my heart, and the soul of my moral being.” In his poem, “Lines Written Above Tintern Abbey,” he wrote an anthem to the providential spirit of Nature, and some of the most beautiful lines I have ever read:

..this prayer I make,
Knowing that Nature never did betray
The heart that loved her; ‘tis her privilege,
Through all the years of this our life, to lead
From joy to joy: for she can so inform
The mind that is within us, so impress
With quietness and beauty, and so feel
With lofty thoughts, that neither evil tongues.
Rash judgments, nor the sneers of selfish men,
Nor greetings where no kindness is, nor all
The dreary intercourse of daily life,
Shall e’er prevail against us, or disturb
Our cheerful faith, that all which we behold
Is full of blessings.

These lines in Wordsworth fill me with peace. They’re like the shade of a great willow tree arched over a gentle stream on a quiet summer day. Sitting in that shade, I wonder why the world has become so noisy and why it is so difficult for us to live in peace. Is it conceivable that we could live without war for any sustained period of time? For decades? Or even centuries? What would we do with ourselves? It’s the universal dilemma of the discharged soldier. a figure who often appears in fairy tales. The soldier in Grimm’s Bearskin, for example, gets dismissed by his captain (without pay) and doesn’t know what to do with himself. So he goes to his brothers and asks them if they will take him in. “What can we do with you?” they say. “You are no use to us. Go make your own living.”

He slings his gun over his shoulder, goes on his way, and comes to a wide and desolate heath where nothing stands but a circle of trees. He sits in the circle and stares into the earth. He only knows how to fight. How will he live in peace?

I remember asking myself the same question one night when I sat at the table with my family members during an argument. It suddenly occurred to me that underlying the debate, underlying the need to debate, was a terror of peace. What would we talk about if we weren’t arguing about something? We can bear arms. We can even bear the terrible wounds of war. But can we bear to live in peace?

It seems to me that we would need to have a much stronger belief in ourselves and our goodness to undertake that enterprise. William Morris once suggested that true civilization wouldn’t begin until people walked in the presence of beauty and started to study the “difficult arts of enjoying life and finding out what they really wanted.”

If I extend my imagination far enough, to wonder what it would really be like if we could usher in a time of peace, an image slowly forms in my mind. It’s the image of a field, like something out of Jack and the Beanstalk. The field has become utterly non-productive. Too many crops of corn have been pulled out of the soil and nothing has been given back. The people and the fields have suffered under the regime of a giant who treats everyone as a resource. Every living being is depleted. Spent. 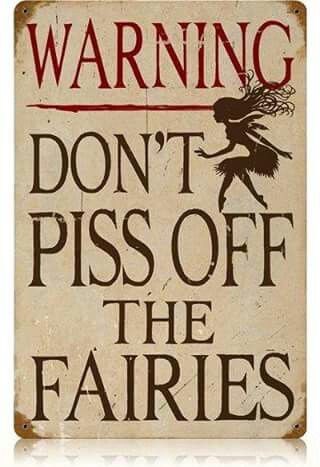 Then there’s a regime change. Jack brings the giant down. Ding, dong, the witch is dead. For a while people are afraid to come out of their homes and move around, think their own thoughts, return to life. It’s a slow process for them, and for the natural world around them. But gradually, as they come to trust that the new leaders are benevolent, democratic, and respectful of all the varied spirits, life begins to emerge. The stewards of the land supply ;iving beings with the nutrients for growth, and everybody benefits. It is a time of fertility, when diverse, and even new forms of life become apparent. Hidden things. Wonderful things. Marvels.

And what would happen if this continued, on and on? If we actually kept believing in ourselves, in our goodness, and in the goodness of the earth?

I can hear the drums of an army of skeptics rolling in. But it’s summer, and the fairies are out, and these are where my thoughts wander. I can immerse myself in the beauty of Nature or I can stay glued to CNN. I don’t believe anymore that it’s not “realistic” to put my faith in good spirits. I’ve come to feel that it’s essential. And so I’ll listen to the sound of another drum, and the powerful words of Fiona Macleod, who wrote:

“In the Beauty of the World lies the ultimate redemption of our mortality. When we shall become at one with nature in a sense profounder even than the poetic imaginings of most of us, we shall understand what we now fail to discern.” 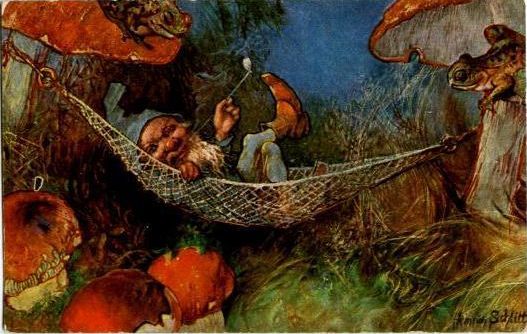 ← My Astonishing Mother Out of Left Field →