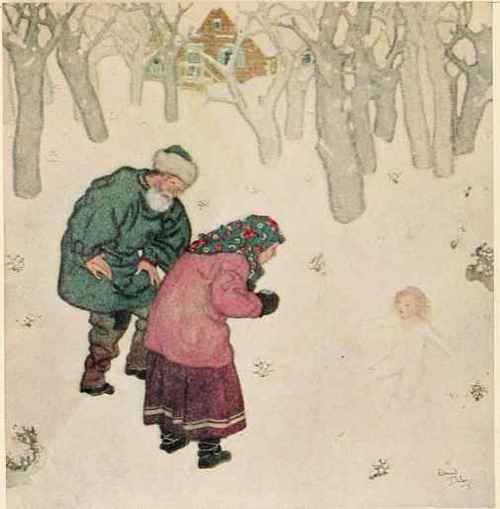 Many fairy tales begin with a childless woman who seeks a remedy for her fertility. If she’s a queen, she’s desperate to give her husband an heir. If she’s a simple woman, she yearns for a child to fill the empty space in her house, in her heart. The wish of the childless woman is always granted in the fairy tale, although the child she gets is unusual in some way. The mother who never expected, never gets what you might expect.

Nowadays, it seems that any woman who wants to be a mother can expect to have children, one way or another. Yet I feel there is another category of mothers that goes virtually unmentioned. I would call them the ‘childless mothers’ – the women who might have loved to have been mothers but didn’t have children because nature and destiny had another plan. I count myself among them.

At first, I wasn’t sure I could bear the loneliness of having all this mother love and nowhere to put it. In some deep way, I felt I was taking steps into a frontier beyond the place my mother had settled, on the other side procreation. I found myself in a void, an empty, uncreated universe, terrifying and wondrous. How could I possibly fill this void with my little being? I hung in the space like spider: singular, with nothing but a tiny thread with which to spin a world.

That slender thread was the belief that I had some other kind of destiny – if I could not reproduce, then the energy of the creator would shift to another kind of creation. I did not know what would fulfill the longing. I had a sense, however, that by not forcing procreation and allowing that other creation to come forth, something wonderful and intended would happen. Something rare, a peculiarly feminine creation, born out of a mother’s love.

My choice to live with the longing and not try to fill it did not occur instantaneously. I searched for answers to my infertility, but found none. I went to a clinic in Ottawa and came out unexplained. I could have gone further but it required demanding something that frankly I wasn’t sure I wanted to demand. My reluctance to shake a baby out of the trees, through in vitro, adoption or even surrogate motherhood caused some confusion among my friends and also in me. If I want a baby so much, why don’t I just go get one? Am I shirking the responsibilities of parenthood by choosing to allow my infertility? Worst of all, am I being selfish? I didn’t believe so. I accepted the void, I acknowledged the inability to conceive as a mystery that belongs to my deep nature, to my destiny. To the intelligence that went before.

I have not found this position reflected in any fertility literature I have found on the Internet or in bookstores. The whole subject seems to be driven by the mandate to have children, to fix the problem of infertility. It strikes me as a hard position, borne out of the old, cruel images of the childless woman as a barren spinster, devoid of humour, love and creativity, isolated in her little house on the outskirts of society. There is little acknowledgement of the creative mother in our culture, the one who mothers the heart.

In fairy tales there are three kinds of mothers. There are birth mothers, stepmothers, and “fairy godmothers.” You will sometimes find that a child-bearing woman has a fairy sister living in the woods. She’s an enchantress, skilled in the practice of love-as-magic. It’s a very different kind of magic than the one practiced by sorcerers who make spells and potions to control and manipulate others. The white magic of the fairy godmother is something learned through the acceptance of hard losses, of mystery and mystification. It’s a deep knowledge that comes to the heart that stays true to itself, whatever its fate. (If you type “fairy godmother” into the Story Finder, you will meet her in a variety of forms.)

During the time when I trying to accept my own fate, I had a dream. My husband Ian and I were walking through the park one night, when we came upon a little boy. He didn’t speak but he seemed hungry and parentless. So we took him to a pancake house and ordered him some food. As we sat waiting for our meal to arrive, the little boy began to move his hand along the shiny surface of the menu. Then with a quick motion, he flipped the menu and sent a colourful ghost of a page into the air. It hovered for as long as a bubble might last and then it disappeared. He repeated the motion again and again until we were sitting under the falling leaves of a magical tree. “He’s an ANGEL,” I whispered to my husband, and the dream faded away.

In the morning I woke with a heavy heart. The dream seemed to confirm my feeling that I have a child somewhere, but he hasn’t appeared yet and he won’t ever. Tearfully, I told the dream to my husband.

He took me by the hand and we went upstairs to my writing desk, where he began to flip the pages of my stories up in the air, just as the angel did. “These are your children,” he said. “Every single one of them.”

In that moment I understood something about my stories and dreams, about magic itself. The inspirations come to us, and through us, just like children. By closing “heaven’s gate” to a physical child, I had given myself the opportunity to receive other forms of children and to recollect a self that had been perhaps been over-invested at times before.

I rarely broach his tender subject, even with my closest friends but it occurs to me that if you are able to live in mystery, unexpected things happen. You dream, you receive inspirations, and the space in which you live fills with a beauty that isn’t entirely of this world. Neither are children, come to think of it. Neither are we.

← Death and the Undine Queen A Holy Moment →