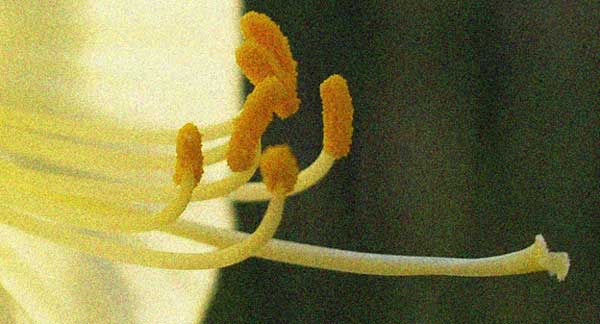 Stigma is an interesting word.

The Oxford English Dictionary defines it as “a mark or a sign of disgrace or discredit.”

But the word “stigma” has another meaning. It is also “the part of the plant that receives pollen in pollination.”

In the Grimm’s fairy tale, “The Twelve Brothers,” a princess is born with a star-shaped mark on her forehead. Like the stigma of a flower, it would be the first thing you would notice when you met her.

But that’s just a birthmark. Her real stigma comes from her father. This king only wants sons. He already has twelve sons when his wife gets pregnant with their thirteenth child. He tells the queen that if she gives birth to a girl, he will kill ALL his sons.

He’s kidding, right? But no, he means it. “I’ll chop off their heads myself if I have to,” he declares.

Does he think he can scare off the incoming girl with his threats? Drive her back to where she came from?

Realizing that her husband is serious, the queen goes to her youngest son Benjamin, and she tells him to gather his brothers together and flee to the forest. “Climb a high tree and watch the tower,” she says. “If a white flag goes up, I’ve given birth to a boy, and you can come home. If a red flag goes up, flee into the forest and keep yourself hidden so the king can’t find you.”

The sons go out into the forest, and Benjamin climbs a tree to keep watch. When the red flag goes up, the boys make for the deep woods. They’re furious. “Why should we lose our lives because of a girl?” they rage. They swear that if they meet any girl or woman in the woods, they will kill her without mercy.

Isn’t it odd that the boys don’t blame their father? They blame their sister for being born a girl. Her stigma is her gender.
Lest this story seem extreme to the point of incredulity, let’s stop to consider. What are we doing when we scorn the person who is the “girl” in a relationship, who “doesn’t wear the pants,” or who is “on the bottom”? We may not think we’re killing our girls in this culture, but maybe we need to think again. The idea that women are the “weaker sex” persists, and continues to support a narrative that males are superior, “on top,” “in control,” and compelled to be “unfeeling.”

While writing this article, I came upon a magnificent passage from a book written by the acclaimed Irish author Jack Holland. He wrote:

“What history teaches us about misogyny can be summed up in four words: pervasive, persistent, pernicious and protean….

No other prejudice has proved so durable, or shares those other characteristics to anything like the same extent. No race has suffered such prejudicial treatment over so long a period of time; no group of individuals, however they might be characterized, has been discriminated against on such a global scale. Nor has any prejudice manifested itself under so many different guises…”

Holland’s book, Misogyny: The World’s Oldest Prejudice is a sweeping historical narrative of misogyny that the author wrote during the last years of his life. Holland devoted himself to the project of answering a couple of critical questions: Why have men persecuted women throughout the ages? How have women suffered, and how have men suffered by subjugating women?

But let’s go back to the flowers. If you’re a flower, your “stigma” is your receiver. It is your capacity to be pollinated by visiting bees, birds, and butterflies who move the pollen around. Having a stigma makes you are able to receive what is “other” – genetic material that is produced in the stamens of other flowers, or, in the case of self-pollination, from your own stamen.

I find it hard to imagine any human being who hasn’t experienced, in one way or another, what it’s like to be stigmatized. My father, growing up in British Columbia as the son of a park warden, was labeled “trapper Jim” when he went to school in Field. He hated that label, and fought the bullies who taunted him. He went through school with his fists up, defended against those labels.

People with mental illness, people with intellectual disabilities, people with HIV, people without homes, people with unexplained illnesses — the list of people who may feel stigmatized is long. I remember a physio saying to me, “Don’t let anybody diagnose you with “fibromyalgia.’ Doctors will throw your file into the wastebasket.” I didn’t want to be seen as an untreatable patient, a “basket case.” I didn’t want to be blamed for my condition, or told that I was “too sensitive,'” or suspected of having a “psychosomatic” illness that was “all in my head.” It didn’t matter what I wanted, though. It came with the territory.

It’s interesting that in the original 1812 version of the Grimm’s story, the princess doesn’t know that she has been stigmatized. She doesn’t know that there’s anything wrong with being born a girl. As far as she is concerned, she’s an only child.

Then one day when she’s grown into a young woman, there’s a big wash day at the castle. All the linens have been pulled out to go into the laundry, and the princess notices twelve white shirts. They’re too small to fit her father. She asks the washerwoman who they belong to, and the woman says: “Oh, they belonged to your twelve brothers.

“Oh, yes.” She tells the princess that the boys mysteriously disappeared because the king wanted to kill them. The washerwoman doesn’t say why. The sister is alarmed. She has never been told about her brothers. She goes into a meadow and sits there while the shirts dry. Then she makes up her mind, gathers up the shirts, and sets off into the forest to find her brothers. 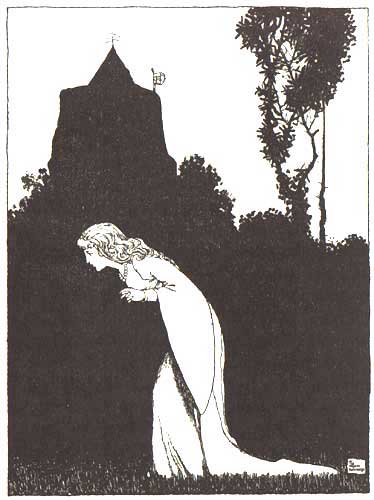 I don’t imagine that she would “go there” if she knew that her brothers were murderers, and that they’d been killing every woman they met. But she doesn’t know that they’re murderers. She hasn’t branded them. She finds them living in a cave in the forest. She walks right up to Benjamin, who is alone, cooking the meal over an open fire. When he sees the girl, he pulls out his sword to kill her, but she pleads for her life. She offers to help him out with the domestic work. He spares her, and when the other brothers come home, they can’t kill her either. They need her. Not just because she’s useful, but because of who she is. They soon find that they are much happier in their sister’s company than they would ever be without her. One girl makes twelve lives better.

When you think about it, it’s not just the girl in the story who is stigmatized. The boys are, too. They’ve been alienated. They’ve had to run away and hide, live like animals. They dwell in a murderous rage, they kill women, and no doubt see themselves as monsters. They reflect all those primitive aspects of our own selves that go into hiding when it’s not safe to be who we are. In The Drama of the Gifted Child, psychotherapist Alice Miller talks about children who grew up repressing their authentic feelings because to express themselves honestly would have been dangerous. One of her patients, a man who had been meeting all his repressed feelings eventually came to an extraordinary understanding. He said:

“It was not the beautiful or pleasant feelings that gave me new insight, but the ones against which I had fought most strongly; feelings that made me experience myself as shabby, petty, mean, helpless, humiliated, demanding, resentful, or confused; and, above all, sad and lonely. It was precisely through these experiences, which I had shunned for so long, that I became certain that I now understand something about my life, stemming from the core of my being, something that I could not have learned from any book!”

He came into the core of himself when he became receptive to the parts of himself that he had denied, and here we come again to the stigma of the flower. If we can integrate those parts of ourselves that we have made “other,” if we can meet them with love as Benjamin met his sister, then maybe we are, by our stigmas, pollinated.

I think we need a new word to describe the character of a person who is willing to receive what self or society would stigmatize. That sticky, receptive, listening, vulnerable, easily wounded aspect of every person is the very means by which we come into our humanity.

I know what I would call that person: inspirited. 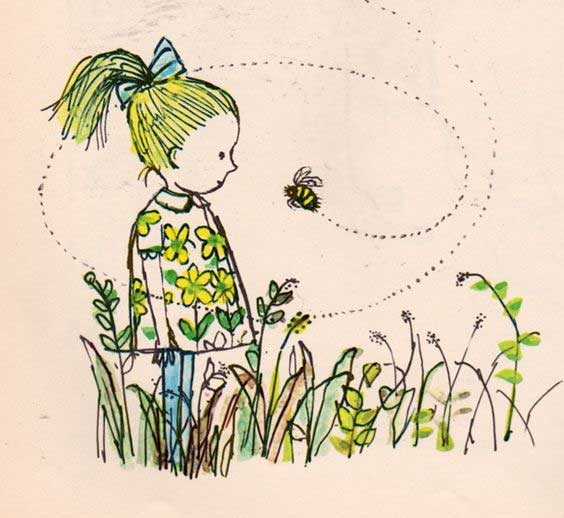 P.S. In this blog I’ve worked with two versions of “The Twelve Brothers,” the original version of 1812 and the later version where the youngest son is named Benjamin and the princess is born with a star-mark.

← The Music of Restraint A. Seeker's Storybook →