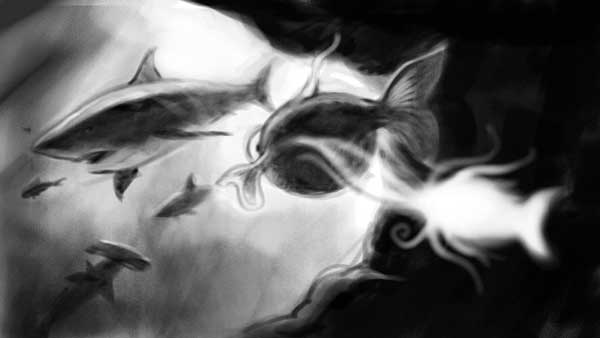 The other day I was sitting with a friend who told me that he had watched “Soul Fish” and he had been moved by the story. I asked him if he would tell me what, in particular, had spoken to him. He said he found it interesting how the puffer fish developed a perfectly-well constructed form for surviving in the sea, but then became aware of a deeper self that he didn’t know at all, and even feared.

Is it possible, my friend wondered, that our deep nature is quite different than the form and identity we have assumed? After years of investing in a career and an identity useful for survival, what do we do with this other, deeper personality that goes unfulfilled? How do we realize our deep nature and still meet the demands of the physical world?

In his autobiography, Memories, Dreams and Reflections, Carl Jung recognized these two natures in himself and called them personality No.1 and personality No.2. The former had been schooled to meet the challenges of the day, and the latter was an oceanic intelligence that held the wisdom of lifetimes. His No. 2 personality regarded No. 1 as “a difficult and thankless moral task, a lesson that had to be got through somehow, complicated by a variety of faults,” which included laziness, despondency, and depression.

Interestingly, though Jung’s No. 2 personality was clear about his own mind, he “was unable to express himself through the dense, dark medium of No. 1, though he longed to do so. When No.2 predominated, No.1 was contained and obliterated in him, just as, conversely, No.1 regarded No.2 as a region of inner darkness.”

Yet light reigned in his No. 2 personality, “as in the spacious halls of the royal palace whose high casements open upon a landscape flooded with sunlight.” No.2 was in secret accord with history, going back to the Middle Ages, and had a feeling of inner security and sense of belonging to the human community.

As a young man on the brink of his career, Jung knew that he would have to leave his No. 2 personality behind and move outward into the world. “In the role of No. 1, I had to go forward – into study, moneymaking, responsibilities, entanglements, confusions, errors, submissions, defeats.” At the same time, he resolved never to deny or invalidate his deep nature. To do so would be a self-mutilation. No. 2, he felt, had “something to do with the creation of dreams,” and he could easily credit him with superior intelligence. Increasingly, however, he was compelled to identify with No. 1. A schism took place in him “with the result that “I” was assigned to No. 1….”

When I went to university, I found my way into the history of science. It was a heady time at the University of Calgary, back in the late ‘70s. The history department was full of youthful, bright professors who were teaching courses in new areas, such as the history of science, magic and religion, and the history of ideas. One day, one of my professors, who was a woman, invited a Jesuit priest to our history of science class and we listened to them debate atheism and Christianity. Their minds were sharp as knives. They practiced delicate intellectual surgery, skillfully separating ideas to construct their arguments. I was determined to get A’s in that class. I let my brilliant professor shape my mind and stamp out every shameful metaphor and poetic phrase in my essays.

Somewhere in my third year, I wondered why I didn’t have a date. All I had to do was open my closet to see the answer staring me in the face. Shirts, trousers, vests and ties. I dressed like a man, which was cool at the time, but it was also a signal. I didn’t want to date a guy, I wanted to beat the guys with my clever, cutting mind.

At the same time, my deep nature was making itself apparent. I was asking: Why are science and spirituality divided? Where in history did the separation between matter and spirit begin? In my studies, I had encountered the witch trials in western Europe during the sixteenth and seventeenth centuries, and I had written papers on the subject, but I couldn’t dwell for long in that holocaust. It was too much for me, and it Is even possible that I found refuge in the history of science because the historical facts of the stamping out of the feminine spirit were too ugly to face.

It didn’t occur to me to ask myself: When in my own history did the divide between matter and spirit begin? When I ask the question now, my mind drifts back to my first day of school.

I’m sitting in my own special desk, and the teacher is passing out all this neat stuff. We each get sharpened pencils, an eraser, and a box of Crayola crayons. I’m excited. We’re going to learn to write! Then the teacher hands out scribblers that she calls “spellers.”  I’ve never had a speller before. It’s got a pretty red line running down one side of each page, and blue lines running across the pages. Wow. While the teacher is talking, I take out a blue crayon, my favorite color, and I draw a line down the spine of each page. The blue line is very pretty and it doesn’t interfere with the other lines. It’s just my way of saying, “This scribbler belongs to Michelle Tocher.”

The teacher, who is very tall, and has spoken nicely to us, walks down the aisle. When she sees my scribbler, she takes it from me, turns around, and strides to the front of the class. “Now children,” she says. “Look at what Michelle has done in her speller. What do we say to that?” And then she holds up her fingers and rubs one over the other as she chants, “Shame, shame, double shame.” All the children join in. They turn around to face me and make the same hand movements as the teacher, chanting, “Shame, shame, double shame.” My eyes and throat fill with tears. I never want to go back to school.

The blue line dividing the two open pages of my speller burned itself into my mind. I learned to write only what I was told to write, and that lesson would be repeated numerous times through school. I learned that inner experience, and all that territory we call “subjective” has little or no validity. Our whole persons are not invited to the table. The language of our spirits, our dreams and myths, is disallowed, and we are consigned to live on the No. 1 side of the line, in “flatland,” as Ken Wilbur called it.

Like the puffer fish, I stashed my soul away. When I was fourteen, I began to write poetry. I only vaguely understood what I was writing. My first poem was about an Indian brave whose war was not a war with other men, but a battle to save the women and the children of the tribe. The more I wrote, the less I understood my poems. They shaped themselves around a painful longing that grew increasingly disabling as the years went by.

By the time I got to fourth year university, I wanted no part of that longing. It hobbled me. It made me weak. And so it felt good to excise the poetry: to lay my metaphors down in my essays and watch my professor cut them to pieces with her red pen and her scornful laughter. For a while, wearing my ties and vests, I felt free. 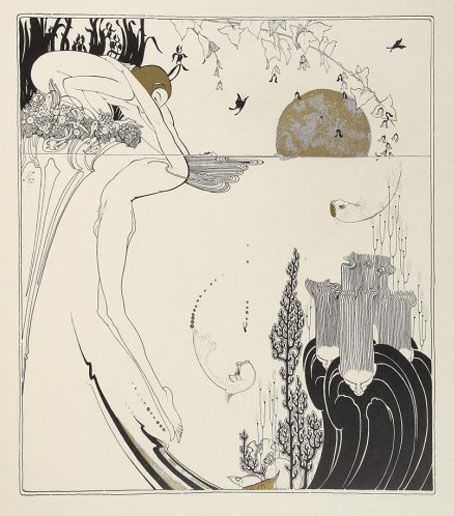 ← The Wild Swans at KEYS Back to Wholeness →