Song from a Dream 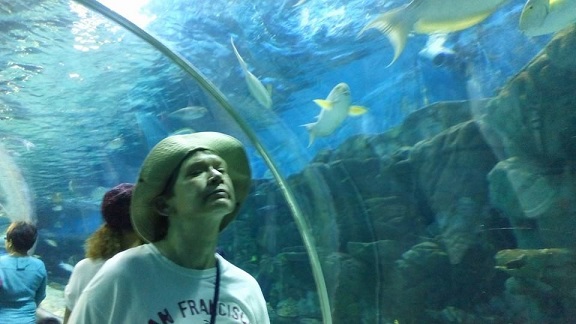 In March, when I was visiting with my mother in California, my sister was winging her way to the Philippines with her caregivers. My sister has never been so far from home, and I had no idea how she would fare being away for a month, among people who speak a different language, and live on the other side of the planet.

Then, on the night that my sister and her caregivers flew, I woke up at the four in the morning from an amazing dream. In the dream, a five-year-old girl from Asia was singing a song she had learned from her mother. She had come to North America to live with adoptive parents, but she had not forgotten her mother’s song. When she began to sing in her sweet, bell-like voice, her mother appeared in the background, and she started to sing with her, and then there were voices pouring in from all parts of the world, singing this beautiful song.

I woke up with the first line of the song still ringing in my ears. I recorded it, and thought, Oh, how I wish I could have remembered it all! Then, in the days that followed, the song dripped back in, note by note. I remembered, as closely as I could, what I had heard in the dream.

Here is the song. It’s very simple — I’ve sung it a capella. I hope it doesn’t lose its lustre now that it’s in the air, but in any case, it’s a rare gift from the deep.

← Letter to Destiny Even Good Fairies Screw Up →