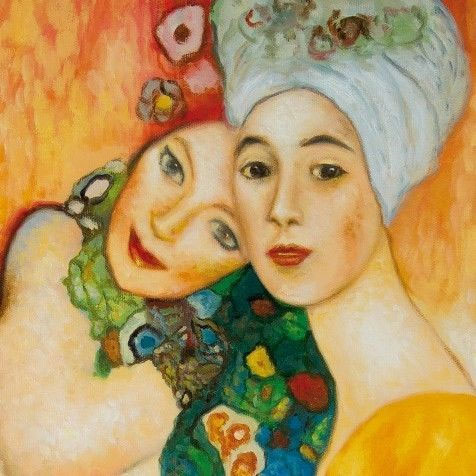 I dreamed that I had been asked to come and speak at a school. As I was waiting to go inside, I watched a group of 12-year-old boys and girls playing in the schoolyard. And I thought, There is not one of you that I could not love.

Then I found myself addressing a gathering of adolescent girls. They were on a swim team and I had come to the pool to give my talk. I was wearing a silver medallion around my neck and the girls loved it. It had a French word written on it: Solidaire. In solidarity.

After the talk, I drifted away, and later found one of the girls sitting alone in the hall. She had curly brown hair and was a little larger than her team-mates. There was something about her that looked not 17 but 45. I asked her how old she was, and she hesitated. She said she was 18 but we both knew she was pushing it. Still, she neither looked nor felt her age, and she clearly felt excluded from the group. She wasn’t about to admit that she wanted to belong. Her whole aspect was one of rebelliousness, which I understood because I felt just like that at her age. If you don’t belong to the group, screw the group. To hell with it.

She was sitting by a window with her arms crossed and a fierce ‘Don’t come near me’ look on her face. I sat adjacent to her, a little lower down. We started to talk about how she was feeling. She was angry about the other girls’ fixation on appearances, and I found myself saying something to her that I perhaps would have liked to have heard at her age. “Hold on to yourself, whatever happens in life. Don’t ever let anyone take what is most precious to you, and that is you, your own self. Cherish your own mind, your own body, and your own feelings.”

Then I said something to her about her future self. “Whatever you choose to do and to be in this part of your life, you will be living out in the next part of your life. So this is the time when you can give gifts to your future self.” I explained that whatever acts of courage and generosity she performed now would give strength to her future self, and she could draw from that strength later on, whenever she felt weak or adrift.

She resonated with the idea of giving gifts to her future self. Then she asked me where I got my medallion. Could she have one, too? I said that I would find out who produced it and see if I could get one for her.

Later on, I went back to the pool area to say some parting words to the girls on the swim team. They were all very excited because my young friend had told them that I was going to get her a medallion. She had suggested to the girls that I might be able to find medallions for the whole team.

I happily agreed to find them, and as I woke from the dream, I felt a radiant admiration for that young woman. Given how estranged she felt, it would be tempting for her to hold onto her medallion and feel superior to the group. Instead, she had decided to share her gift, and in so doing, she had done something for everybody, including her future self.

And so I offer the dream to you, along with a dream medallion. 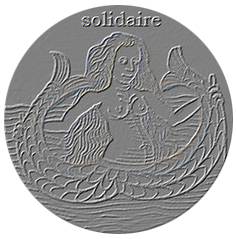 ← Moving With Melusine What the Bee Knows →