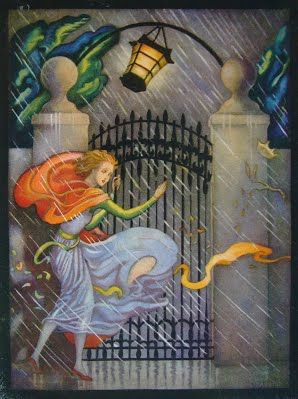 At the risk of talking about a sensitive subject, I’d like to offer a fairy tale perspective on “sensitivity.” Lately, people have been using the word “sensitive” to describe audiences who are reactive and easily triggered by words that seem to negatively characterize certain minority groups. There’s quite a rowdy argument going on about whether “sensitive” people are censoring writers and speakers. Are they curtailing our right to free speech, or setting a direction that aims to be more inclusive and less disrespectful if not downright hateful?

To start with, I’d just like to go back to the word “sensitive.” The dictionary definition of a sensitive person is someone who is “quick to detect or respond to slight changes or influences.” It also refers to “one who displays a quick and delicate appreciation of others’ feelings.” The word is rooted in the 13th century Old French word sensitif which goes back to the Latin word sensitivus meaning “capable of feeling and sensation.” It pertains “to the faculty of the soul that receives and analyzes sensory information.” The opposite of “sensitive” is “impervious, unresponsive.”

When I think of the word “sensitive,” two very different pictures from fairy tales come to mind. One is from The Wizard of Oz by L. Frank Baum. On their return journey from Oz, Dorothy and her friends meet a princess. She’s entirely made of fine bone china. Everything in her country is made of china — the land, the an 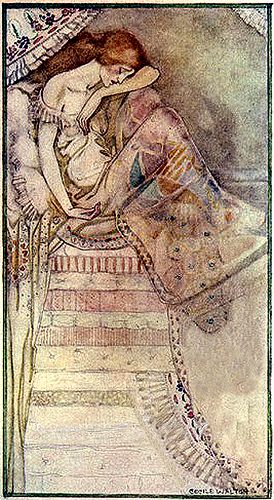 imals, the houses, and the people — but none is more delicate than the princess. When Dorothy approaches her, she orders her to keep her distance lest she crack or break. Dorothy is affronted. She had no intention of injuring the young woman, but then again, she and her rowdy crew did just that when, just moments before, they ran into a china cow and broke her leg!

The other picture comes from Hans Christian Andersen’s story, The Princess and the Pea. Here we meet a princess who is so sensitive that when she is lying on a pile of a forty mattresses and eiderdowns, she can feel the single pea that has been placed underneath. The darn thing irritates her so much she can’t get to sleep. Interestingly enough, this princess is no delicate flower. She has had to fight through a terrible storm to get to the castle gates. The pea test proves that she is capable of profound feeling, and in this story, such rare depth of feeling is highly prized. She is the real deal, a “true princess.”

I don’t have too much of a point to make, other than to present the two pictures and let you come to your own conclusions, but I would say this. Being truly sensitive comes at a high price. Sensitive people are likely to feel things that don’t get acknowledged. They absorb the pain that others won’t allow themselves to feel. They may have little validation for their experience and feel very lonely much of the time. Yet when people need somebody to talk to, they will look for a sensitive friend, because that’s the person who will be most likely to listen openly and without judgment.

I would certainly call myself a sensitive person. I was generally irritable and reactive growing up, because I took things in very deeply. I understood how hurtful words could be. I had a sister with an intellectual disability and I saw how she was affected by words like “retarded” and even “handicapped.” There needed to be a different way of speaking about differences that didn’t measure everybody against the “perfect normal.” It’s taken a long time to learn how to delicately appreciate my own quick responses and find ways to put my sensitivity into constructive practice. I won’t say it’s been easy. But sensitivity is a rare gift. It sparkles in the dark, though nobody may see it till the lights go out.

Which brings another story to mind, a parable by Khalil Gibran called “The Pearl.”

Said one oyster to a neighboring oyster, “I have a very great pain within me. It is heavy and round and I am in distress.”

And the other oyster replied with a haughty complacence, “Praise be to the heavens and to the sea, I have no pain within me. I am well and whole both within and without.”

At that moment a crab was passing by and heard the two oysters, and he said to the one who was well and whole both within and without, “Yes, you are well and whole; but the pain that your neighbor bears is a pearl of exceeding beauty.”

Finally, here’s an improvised song that comes from my own sensitive nature.

Not Lost On Me

Not Lost on Me Lyrics

Did you know it?
No, you did not know it
But nothing you did
Was lost on me