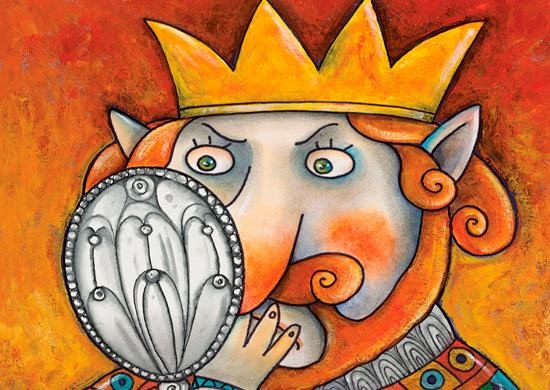 I had a dream the other night that was in a gym watching a lean young man stretching his thighs. I had x-ray vision and could see that his right thigh bone was weaker and thinner than the left. He was holding a heavy weight while doing the stretch, and putting dangerous stress on the bone.

I was struck by the fact that he was so out of register with his body. What he imagined he could do was not in accord with his real physical condition. He didn’t know his weaknesses.

As I woke up I thought about how betrayed we can feel when or bodies don’t do what we expect them to do. But why rail at the body? It is only doing what nature does, and sometimes it takes a crisis for us to see what nature is doing.

The word crisis comes from the Greek krisis, a word that ancient physicians like Galen and Hippocrates used to refer to a “turning point in a disease.” In a crisis, whatever we imagined we could do has to be shelved to deal with what is happening, here and now, in our organisms. In a natural catastrophe, the same thing happens. We have to mobilize to meet the crisis.

A crisis can help us to come back into balance, to adapt our lifestyles with the new awareness of where our weaknesses lie. On the other hand, if the weight-lifter in the gym isn’t willing to change his routine after his bone breaks, he’ll have more crises, ones that might permanently disable him.

He will have entered a state of mind that Joseph Campbell called a “state of refusal.” Refusal is a conscious and deliberate choice to ignore the facts and not take the painful measures necessary to meet the realities of the situation. The weight-lifter will say things like, “This isn’t the time to talk about it,” or “I don’t want to talk about it,” or “I’m not convinced that it was the weight-lifting that caused the bone to break.”

In fairy tales, Emperors often get into state of refusal. The Emperor may be the most powerful figure in the land but when he refuses to meet reality, he becomes the weakest and most absurd. Most of us remember Hans Christian Andersen’s story The Emperor Without Clothes. His weavers dress him up in a fabrication instead of real clothing, and he walks around in the nude before the snickering, silent people. It takes a child to point out that he’s strutting around buck naked.

The Emperor who is unwilling to make the necessary adaptations may launch campaigns of denial and misinformation to keep justifying the old ways. But no Emperor, no matter how great he thinks he is, can change the facts of Mother Nature. That’s what the Emperor Trojan learned.

The Emperor Trojan with Goat’s Ears

There was once an Emperor named Trojan who was born with goat’s ears. He would never acknowledge them. He hid his ears under his hair, and when his barbers came to shave him, he asked them, “Do you notice anything odd about me?”

Those who said, “Well yeah, actually. You’ve got goats’ ears,” uttered their last words. The Emperor had them put to death.

One day, a barber’s apprentice went to shave the Emperor because his master had become ill. When the Emperor asked the boy if he noticed anything odd, he said, “No, sir, nothing at all.”

“Finally a man I can trust!” Emperor declared, and he made the apprentice his full-time barber.

The young now had a good job, but he was tormented by the weight of the secret.

Soon his master started to notice that the boy was troubled. “What’s going on?” he asked. “What’s bothering you?”

His master said, “Can you tell me?”

“Ho about taking your secret to the pastor?” the barber suggested.

The apprentice didn’t want to talk to the pastor. So the master barber thought of another plan. “Go, find a field outside of town, and dig a hole. Kneel down and whisper your secret into it. Say your secret three times, cover the hole, and the earth will hold it for you.”
The apprentice took the advice, went off into a field, and dug a hole. Three times he whispered: “The Emperor Trojan has goat’s ears.” Then he covered up the hole and when he stood, he felt so relieved and light on his feet that he practically flew home.

Weeks passed and then the most amazing thing happened. An elder tree sprang up out of the hole. It had three stems, very straight, and perfect for making flutes. It didn’t take long for a local shepherd to find the tree. He cut a stem to make a flute, and blew into the reed. The flute sounded out, “The Emperor Trojan has goat’s ears!” Off went the shepherd, blowing his flute. Then another shepherd came along and he made a flute. It played the same thing, and soon everybody was hearing: “The Emperor Trojan has goat’s ears!”

The Emperor soon got wind of this and flew into a fury. He called for the apprentice. “What have you been saying to my people?” he demanded. The apprentice told him about burying the truth, and how the elder tree grew out of the hole. The Emperor didn’t believe the boy. He ordered his coach and went out to the site of the elder tree. It only had one remaining stem. The Emperor ordered his attendant to cut it and make it into a flute. Then he got his chamberlain to blow into it. The chamberlain was the best flute player in the land, but even he couldn’t get the flute to play anything but “The Emperor Trojan has goat’s ears.”

The Emperor returned to his palace. He fired his barber, but spared his life. There was no denying his ears. And the earth herself wouldn’t keep a secret that was true.