My mother passed away less than a week ago and I have just begun to stir out of the numbness that runs deeper than tears. I am only beginning to open my eyes in a world without her on the other end of the phone, or of a plane trip out west.

My mother was astonishing in many ways. For one thing, she was astonishingly beautiful. One evening when I was eight years old, she came down the stairs wearing a backless black crepe mermaid dress with rhinestone earrings that fell to her shoulders. I had never seen more glamour, even on television. I couldn’t believe that Hollywood hadn’t discovered my mother!

On the other side of the spectrum, my mother astonished me with her practicality. She was a French Canadian girl raised on a farm in Saskatchewan, and she never forgot her roots. She had earned her first pennies by catching gophers and collecting a penny a tail. Once she mentioned that she had a cow named Daisy and I said, “Wow, you had a pet cow, that’s cool.” But she quickly shut down my romantic notions. “You never name what you’re going to eat,” she said, and that ended the subject.

Above all, my mother astonished me with her hilarious sense of humor and her willingness to break the mold of the demure housewife on every possible occasion. Many examples come to mind but the one that stands out goes back a few years. I was in my late twenties and my youngest brother had just come of drinking age. We were all together in Invermere, B.C., and he was preparing to meet his friend at a bar. Over dinner he had joked that he and his buddy were going to “pick up some chicks.”

Mom and I sat at the table while my brother got ready, and when we were overtaken by the cloud of men’s cologne that came wafting from the bathroom, she looked at me and said, “Maybe we should go, too. We’re chicks.” So we hatched a plan to go in disguise as the “two bag ladies of Invermere.” Mom pulled a hideous navy blue turban over her head  and blackened her eyes so she looked like a raccoon. I put on my sweats, an old ratty hat and glasses, and we headed off to the bar. I remember the bouncer at the door remarking, “You’re not fooling anybody!”

We sat at the other side of the circular bar and ordered a couple of beers. There weren’t too many “chicks” in the bar that night, only us, really, and we were sitting right across from my brother and his friend. You would think they would notice us, right? Nope, their eyes slid right past us as if we weren’t even there. When we got out into the parking lot, we stumbled back home like two drunks, we were laughing so hard. 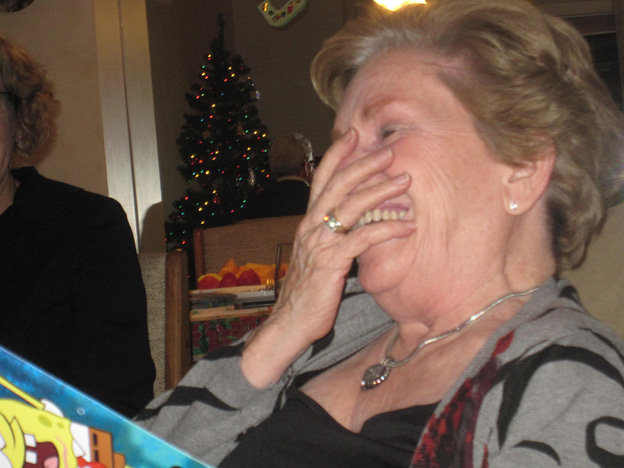 My Mom may have passed into the other world but I expect that she will keep astonishing me. That’s what mothers do. They break conventions all the time, because what we think mothers are supposed to be just can’t ever live up to the amazing people they actually are. My mother had so much optimism that even at death’s door, when she was saying her goodbyes, I could see her looking forward to what was coming next. I think she will keep astonishing me with that optimism. She’ll show up in the sudden appearance of hope – however hope makes itself apparent. She’ll use the most immediate thing: the robin singing in the dusk, a child going by in a stroller flashing a smile of recognition, a piece of music that is playing at the very moment I’m thinking of her. Playing just for me. From Mom. From the one who brought me into this world, who is a woman as well as a mother, a girl as well as a woman, equipped with her own private magic and a knowing that runs as deep as the branches of a tree reach high.

A bientôt, Mom. I’ll see you soon. In a red sunset, an outbreak of laughter, or in a pain that is suddenly, astonishingly eased. Wherever I am, there you’ll be.

Sail on in peace. 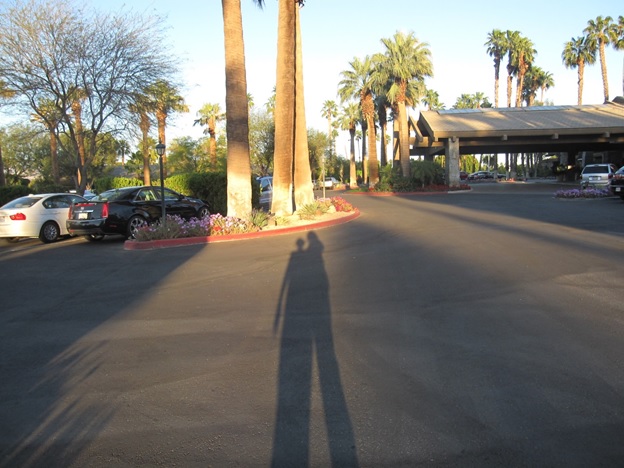 ← A Piercing Dream The Fairy Faith →