Love in the Dark 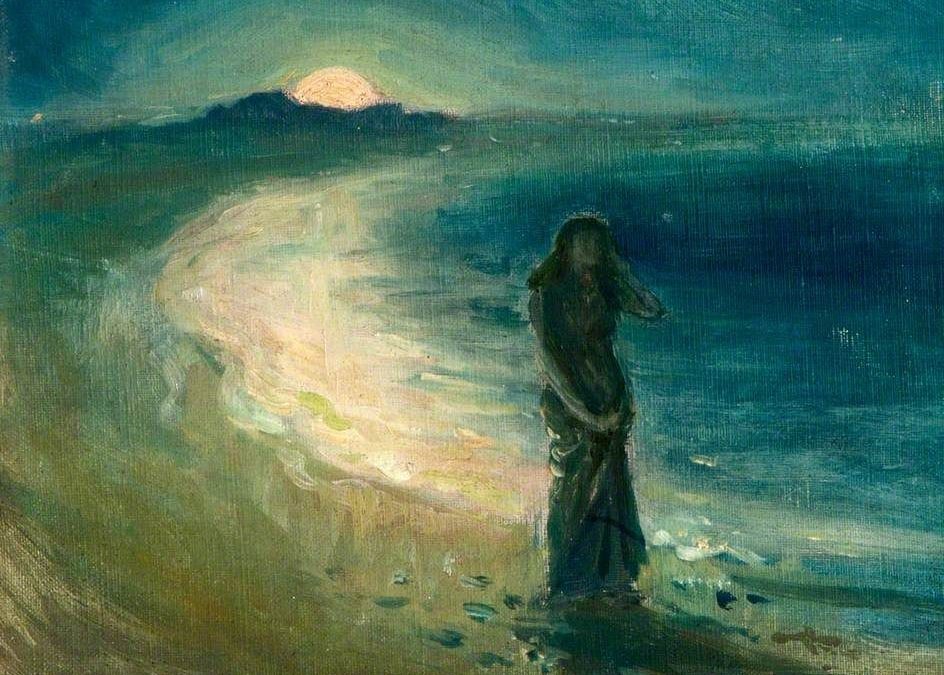 A few days ago, I started humming a tune. It wanted words, and so I started singing, “What on earth am I meant to do?” The song had an ancient, mournful spirit, as if were a lost hope looking for light during these troubled times.

I stood up from my chair and walked to the bookcase. A book had been jostling for attention … a slim volume called Song and its Fountains. The author, A.E., also known as George William Russell, (1867-1935) was an Irish writer, editor, poet, painter and mystic. Song and its Fountains is a poetically inspired reverie on the process of inspiration. I read it a few years ago, and never forgot him saying that whenever he went searching for an idea, “I would find myself led back to my own center. Imagination would move as a bubble under water which is for ever seeking to rise to its native air.” (81)

So there I was, humming this antique tune. I picked up the book, and opened it to a page where my eyes fell on a poem. It was the bubble the song had been seeking. Standing there, I sang out the whole poem.

Love Has Found Itself

What of all the will to do?
It has vanished long ago,
For a dream-shaft pierced it through
From an unknown archer’s bow

What of all the soul to think?
Someone offered it a cup
Filled with a diviner drink
And the flame burned it up.

What of all the hope to climb?
Only in the self we grope
To the misty end of time
Truth has put an end to hope.

What of all the heart to love?
Sadder than for will or soul
No light lured it on above
Love has found itself the whole.

I added the last stanza to underscore the powerful words: “Love has found itself the whole.” It enthralls me to think that love finds itself in darkness, not in light, as if love were a painter, painting light on the cavern walls of the underworld. When in our lives has love found itself, when there was no other way to see?

← No Speak A View From Beyond Reason →