Looking Back at the Looking Glass 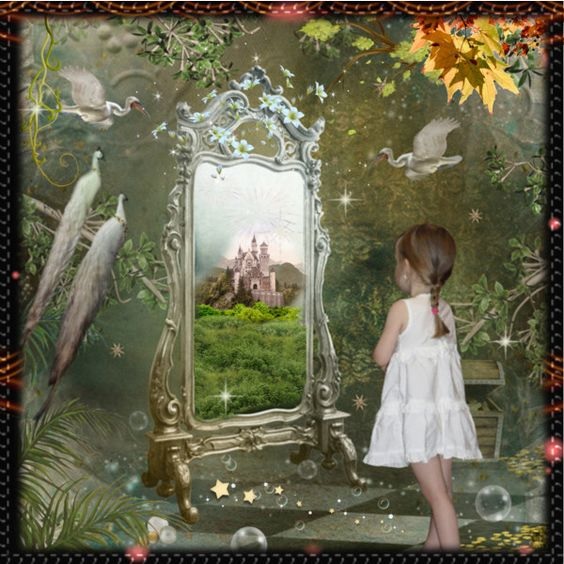 In his book, Mirror rorriM, Mark Pendergrast takes us on a time-travelling tour of the looking glass, and he’s left me enthralled by the impact that mirrors have had on human societies. Pendergrast is mostly interested in the development of the mirror as a technology that has enabled us to see and hear to the far reaches of the universe. At the same time, he explores the fascinating history of mirrors and the role they played in culture before the invention of glass. In early times, mirrors were made out of copper, and later, of bronze, gold and silver, and they were very often considered to be instruments for contacting the soul. For the Etruscans, who lived in Italy at the height of their civilization around 600 B.C.E., the word for soul was hinthial, meaning “image reflected in a mirror.” In Mesoamerica and the Peruvian Andes, people looked into pyrite mirrors to see into their depths, and shamans used them to connect with parallel spirit worlds. (21) The ancient Egyptians associated the mirror with the gods, especially the sun god Ra, and Socrates urged his followers to study themselves in mirrors in order to detect their dishonorable thoughts and deeds, believing that the mirror had the power to penetrate into the regions of the soul.

The art of making the modern glass mirror began in Venice in the 1200s but it took centuries to perfect the clarity of glass. In the early 1500s a foiling method was discovered for making the modern mirror, and soon they were all the rage among the European aristocracy. Mirrors went up on the walls of their palace chambers and dancing halls, and reflected their glittering events for hundreds of years before the looking glass became something that the ordinary person could buy. Even in the nineteenth century, mirror quality was notoriously uneven, says Pendergrast. But between 1850 and 1950 mass production of mirrors improved dramatically, and “by the turn of the century, every household in America had at least one and probably several mirrors.” (249)

Mirrors became an instrument of vanity and a powerful technology for seeing to the far reaches of the solar system, but by and large, they lost their connection with the soul. At the same time, the development of the looking glass corresponds with the development of a certain kind of self-conscious anxiety that is very familiar to us moderns. In 1619, when Galileo was looking up at Jupiter’s moons through his telescope, the twenty-three-year-old Rene Descartes decided to use his mind to reflect on himself. He spent a long time alone in a heated room, reviewing all his thoughts and ideas. Later, he wandered Europe, “trying to be a spectator rather than an actor.” He questioned everything he had been taught to believe. Maybe the whole world was an optical illusion, a trick of the senses, as mirrors had proven to be. “Who am I?” he asked himself, and the only way he could resolve the painful mystery was to state what he knew, which was that he existed. “I think therefore I am,” he said famously, splitting the mind from the body, and making us all spectators. To this day, we stand outside our realities, critiquing ourselves in physical and psychological mirrors.

I keep trying to imagine what it would be like to live in a society without mirrors. No mirrors in the house. No mirrors in restaurants or shops. No telescopes catching light from stars so far away that they belong to the distant past. I get a bit dizzy imagining what that would be like. Without mirrors, how does one orient oneself in time and space? I’d have no real understanding of where earth is in relation to the great mystery of wheeling stars, moons, and galaxies. I might be less concerned about my age and the passage of time. I would have much less anxiety about how people were perceiving me. I venture to say I would be more immersed in living. I might not ever think to question my worth or authenticity. I wouldn’t be standing outside myself in this place that seems so neutral, but is in fact so critical and anxious about making the right impression. 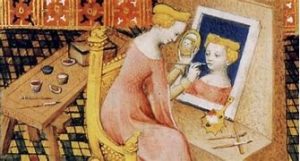 The best way to imagine a world without mirrors is to think of being a child again. I wasn’t enamored with the mirror when I was young, unless I dressed up for Hallowe’en or for a costume party. The mirror held no other fascination, but then, I didn’t feel I needed to measure up to the expectations of fashion or society. The mirror entered my life with adolescence, and like the stepmother’s mirror in Snow White, it set up a daily critical self-scrutiny that was rarely satisfied. It brought into focus my external features, cut my body into parts, and made every part a source of concern.

The mirrors of fashion presented me with a standard of perfection that no ordinary human could possibly attain. I viewed myself with a critical gaze and developed an extreme self-consciousness. I lost the ability to act instinctively. Even when I was alone, I felt scrutinized by an invisible audience of critics and judges. I couldn’t get away from the “eyes.” In my poetry, I called them “fools’ eyes,” instinctively aware that they weren’t actually seeing me. They were seeing what I should be, which I couldn’t possibly be, interfering with my ability to know my own mind.

Romantic relationships further confused the issue because the men in my life became the mirrors through which I saw myself. How did they critique me? What were their standards of beauty? I rarely felt reassured that I measured up to the fantasy women they were fed by the culture. I was left feeling empty, wishing to escape intimate relationships. How could I ever be myself when I kept seeing the world reflected through the mirror of male eyes? As more than one woman has said to me over the years, “I can’t have a career and a romantic relationship. It’s one or the other but not both.”

I recently encountered a fairy tale from Japan that stays with me because it reframes the relationship that we have with our mirrors. “Mother in the Mirror” is a story about a young woman whose father comes back from the city with a wooden box and gives the gift to his wife. “It’s a very pretty thing,” he tells her. “It is called a mirror.” 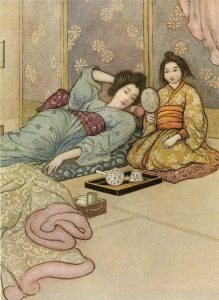 His wife is enchanted by the lovely face she sees in the mirror, and she looks at herself every day. After a while, though, she grows ashamed of her vanity. She puts the mirror back in its flat case and hides it away.

It stays hidden for decades, until the woman has grown old and weak. When she is close to death, she decides to give her daughter a parting gift. She places the box in her daughter’s hands and says, “I want you to promise me that every morning when you get up, and every night when you go to bed, you will look into this mirror. And you will see that your mother is still watching over you and wants you to be brave and good.”

After her mother dies, the young woman looks into the mirror every morning and every evening, just as her mother instructed her to do. She doesn’t see her own face. She sees the beautiful face of her mother encouraging her to meet her sorrows with kindness and courage.

The Japanese story has inspired me to think again about how we regard ourselves in mirrors. What if we were able to contact our loving, nurturing selves when we looked in the mirror? What if we met a soft gaze, filled with compassion and kindness? Is it possible to short circuit the impulse to critique our reflections against manufactured images of perfection? To what extent are we controlled by these ‘fools’ eyes,’ these ‘anonymous authorities,’ as Erich Fromm called them?

It strikes me that while the technology of mirrors can be used to see to the edges of the universe, it can also be turned inward. Art, dreams and fairy tales can function as mirrors of the soul. It takes a certain kind of courage to allow a myth to reflect the wounds and motivations of our own psyche. It’s not easy to gaze honestly into ourselves when we’ve been cut to pieces by the images of our culture, the “shattered mirrors,” as the godmothers in The Tower Princess called them. We need to adjust our vision to look into a soul-reflecting mirror.

The early developers of the telescope spent centuries working on their looking glasses. We’re still working on them today as we send out the latest James Webb telescope with its winged mirrors to catch rays of the newly born universe. We’ve been brilliant at creating mirrors to see into the depths of outer space. But I wonder. Can we apply the same brilliance to creating mirrors for looking into inner space? Perhaps it’s not brilliance that’s needed here, it’s love. 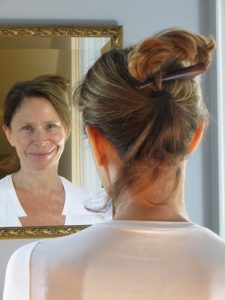 ← Hogs and Heroines Time to Shrive →