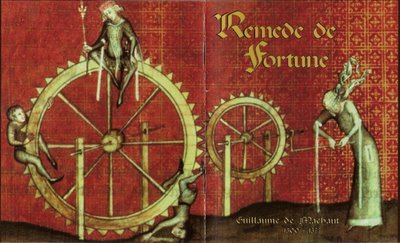 This past weekend, twelve of us met at the Textile Museum and we paid a visit to a young woman named Catherine in the Italian fairy tale, Catherine and Her Destiny. Everybody pulled different “threads” from the story, and then we started working with them to create our own material. On Sunday we went into the theatre and shared a feast for the soul that included personal stories, songs, movement, a rant, an interview with a hockey star, a couple of creative re-tellings, and even a belly dance. Every offering gave a new perspective on the story, and insight into the particular theme that each participant was exploring.

I have been working with this story for nearly a year, and it has compelled me to ask difficult questions, such as: “Why do some people get worse fates than others? How does one deal with a destiny that seems particularly hard and cruel?”

Over the weekend, it became clear to me that this isn’t just a story about a woman who gets dealt a bad fate. It’s also about happiness. In fact, it’s primarily about happiness. Catherine wants to be truly happy, and true happiness is what she realizes at the end of the story. So how does that happen? Where does she arrive at the end of the story? After a night of tossing and turning, I woke up with a clear image of Catherine writing a letter to her Destiny. She had found her happiness, and had a few things to say to the goddess who had caused her so much suffering.

I hope this letter finds you well. I know it’s kind of … overdue. But I want to properly thank you for giving me the thread that led me to where I am now, because I have finally found true happiness.

As you know, I was raised in wealth and privilege. My father used to say, “Catherine you are destined to do great things.” People expected a lot from me, and I assumed that I would meet their expectations. I would do something special with my life. But in my heart, from a very early age, I also felt that I would not come into my own for a very long time. If I were a flower, I would be a late bloomer, like goldenrod or Queen Anne’s lace. So it was no surprise, not really, that when you appeared to me and gave me the choice between happiness in youth and happiness in old age, I chose to be happy in old age. I wanted a seasoned happiness, an experienced happiness, an enduring and resilient happiness.

But oh, my dear Destiny, I wasn’t prepared for the experience of unhappiness! When my father lost all his money and died, I became lost too, and my happy, ebullient, light-hearted spirit went into the grave with him.

I had to find work, and so I followed in my father’s footsteps. He called himself a “self-made man.” He had earned his wealth through hard work, and “Lady Luck” had nothing to do with it.

Like my father, I resolved to take fate into my own hands. I had a few skills. I could do domestic chores, and sew. I would find a way to make ends meet. I would work as a servant, and, in my spare time, I would make my own clothes. After, who knows? Maybe I might set up a shop, an exclusive tailor’s shop, and make clothes for the very rich. I would win it all back, and you, my Destiny, would have nothing to do with it.

Then, just when I had secured a good position, when I had put everything in place, you flew in and tore everything apart! I ran from you, throwing off any remembrance of the choice I had made so long ago. You followed me for years, making it impossible to settle anywhere or build any sort of foundation for myself.

Finally I was given a job that also involved making a daily offering to the Destiny of my mistress. I took a basket of bread up the mountain every morning, and summoned her by calling, “O Destiny My Mistress!” Many a day I plodded up that hill thinking, Why didn’t I get a kind Destiny like the Destiny of my mistress? Why did I get such a miserable Destiny? What did I do to deserve this?

I couldn’t dislike my mistress, though, no matter how much I envied her. I had become too aware of my own envy, my desperate unhappiness, my disappointment, my difference. I didn’t belong anywhere, not in the servant class, and not among the well off. Worst of all, I lived in dread that at any moment you would barge in again and throw everything into chaos.

Do you know how many times I wanted to warn my employers about you? To say, “Yes, I have all the skills and I’m the perfect candidate, but I must tell you I have this shadow that stalks me and at any moment she might burst in through the door and tear the place to pieces!”

I was ashamed of you. You were my saboteur, a cruel, unfeeling fury who followed me everywhere. I tried to hide from you. I said to myself, Whatever you do, Catherine, do not tempt fate. Don’t try to be special. Don’t do anything too well. And especially don’t look too happy.

One day, all my dark feelings came out. My mistress asked me why I wept so frequently. Wasn’t I happy with my position? Wasn’t my life pleasant enough? I told her about how you had come to me in my youth, how you had given me a choice, and how you had persecuted me. She said, “I have an idea. Tomorrow when you go up the mountain, ask my Destiny to speak to your Destiny, and entreat her to leave you in peace!”

So it happened that the Destiny of my mistress took me to see you. We stepped off the edge of the mountain, into the land at the back of the sun, where this world appears no more real than shadows on a screen, and one can begin to glean how and why a life was made.

You gave me a ball of thread.

I thought, What???? Yet another skein of thread to add to a cabinet of thread useful for nothing more than mending a torn pair of stockings or a slip? You didn’t even look at me. You seemed to say, “You are not special, Catherine. I am fed up with you. Go away.”

Months passed before I discovered that the thread had any use at all. The King was looking for it, to finish the wedding dress of his bride. On my way to the castle, the thread began to sing. The wind buffed it, and it vibrated as if it were made of the finest metal. It shone in the sunlight, the color of mother of pearl, and bounced in my hand with a life of its own. I had kept it in care, and it seemed to respond with life, with liveliness. I suddenly realized, while walking on that road, all by myself, with the thread, that it was pulling me towards you. I was no longer running away or hiding from you. I was moving toward the realization of a wish that I had made even before my birth. I had wished to know happiness, a real happiness, not one that is tossed in the storm and overturned, but one that is resilient: a boat that rights itself in all situations, and cannot be sunk at sea.

O Destiny, my Mistress, I see now how well you have served me. If you come barging in again, I will meet you at the door. I know now a little of what it costs to have a Destiny, and I thank you, for whatever you have suffered to bring me to happiness. May it be yours, too!

← Spring Song from a Dream →