In Praise of Nymphs 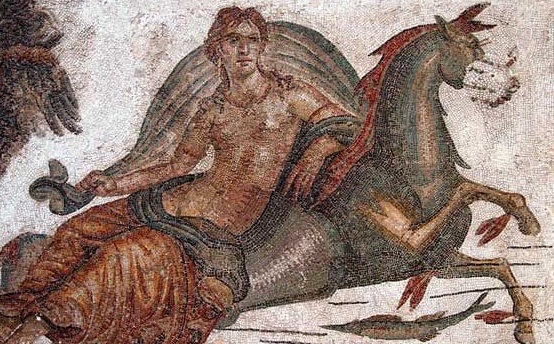 I had a dream the other night that I had written something important using a fountain pen. I was staying in a hotel and I came out of the room carrying my writings in a sheaf of loose papers. I got on the elevator with a couple who were wearing white robes. Each of them had a piece of paper, and they told me that they were going down to the pool to say their vows. The elevator doors opened, and in his excitement, the man grabbed his fiancé’s paper and then mine—and they gleefully ran to the pool and dove in. I ran after them, desperate to get my writings back. I looked down into the blue water and saw the ink from my papers dissolving. I managed to recover a few leaves but at that point the words were unintelligible.

The next morning when I was reading Ovid’s Metamorphosis, I stumbled upon an image with striking resonance to the dream. Dis, the god of the underworld, had just abducted Prosperina and he was charging back to the deep realm on his chariot. He came to the pool of the fountain nymph, Cyane, who saw that he was absconding with the daughter of the great goddess. The nymph rose up out of the water and raised her arms to stop him. “Go no further, Dis!” she cried. “You cannot become the son-in-law of the great goddess against her will. You should have asked and not taken!”

His spurred on his frightening horses, and, with his strong right arm he hurled his scepter directly at the base of the fountain. The earth cracked open and his chariot rushed down into the stricken crater. 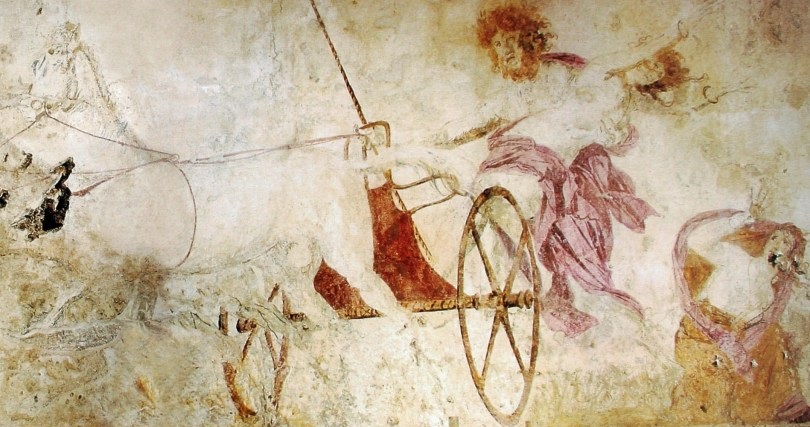 Cyane was horrified by the abduction but also by the abject disrespect that the god had shown for her and for her rights as a fountain. The wounds of her heart brought on such an inconsolable sorrow that she who had been the inhabiting spirit of that sacred place was reduced to tears and “dissolved right into its substance.”

You would have seen her members beginning to soften,
her bones and her fingertips starting to lose their old firmness;
her slenderest parts were the first to be turned into fluid:
her feet, her legs, her sea-dark tresses, her fingers
(for the parts with least flesh turn into liquid most quickly);
and after these, her shoulders and back and her bosom
and flanks completely vanished in trickling liquid;
and lastly the living blood in her veins is replaced by
springwater, and nothing remains that you could have seized on. (Book V, 600-608)

Soon the great goddess Ceres came looking for her daughter and passed the fountain of Cyane. But Cyane had been silenced. Only the maiden’s girdle, floating on the surface, told the story. Ceres agonized and reproached the whole world for its ingratitude and carelessness. She flew around the country of Sicily, overturning the earth, killing cattle, and blighting the seeds kept in store. Crops died where they sprouted, ruined first by heat, then by drowning rainfall. “Stars and winds harmed them, and the greedy birds devoured the seed as it was sown; the harvest of wheat was defeated by thorns and darnels and unappeasable grasses.”

On the other side of the bay, another fountain nymph named Arethusa lifted her head from the waters. Sweeping her dripping black hair from her forehead she called to Ceres and begged her to save the country. She herself was a stranger to Ortygia, she told the Goddess. Her own home had been in Pisa, but like Prosperina, she had been swept underground by a pursuing god. While gliding through the underworld on a Stygian river, the nymph had seen Prosperina with her own eyes. “…grief and terror were still on her features yet she was nonetheless queen of that shadowy kingdom, the all-powerful consort of the underworld’s ruler.”

Now that Ceres knew what had happened, she went to Jove to make her case for the release of their daughter, and they made a deal. Prosperina would reside below ground for half of the year, and in the spring she would rise and the crops would flourish again. 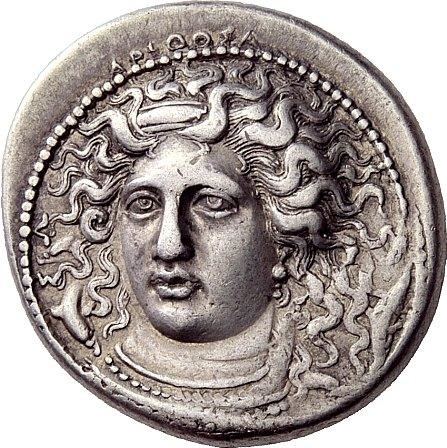 Later, Ceres returned to the fountain of Arethusa. She wanted to know the full story of her abduction. Arethusa told her that she had been a mountain nymph dwelling in Achaea. Often she had been seen hunting by men who were astounded by her beauty, though less appreciative of her strength and courage. She did not encourage their attentions and had no wish to live at their pleasure.

Then one day, when she was exhausted from hunting, she came to a beautiful stream, the habitat of the river god Alpheus. The water flowed gently and silently. It was clear to the bottom, and so still that you could count every pebble. Silvery willows and poplars shaded the slope of the banks.

Arethusa approached the stream, wiggled her toes in its wetness and waded up to her knees. It didn’t satisfy her wholly. She stripped naked, hung her garments on the willows, and merged with the stream. She stroked, glided, and thrashed about on the surface. Then she heard a strange murmur that seemed to come from the bottom and sent her scampering onto the near bank in terror.

She fled without her clothing, and the river god pursued her. Panicking, she ran across the wide fields and up the wooded mountains, “on bare rocks, steep cliffs, in wastes wild and trackless.” With the sun at her back she could see his shadow stretched out on the ground in front of her. She heard footsteps behind her and felt his hot breath lifting the hair on her shoulders. At last, worn out from exertion, she cried for help from Diana. The goddess swept in and hid her in a dense cloud of fine mist.

The river god circled around, unable to find her. He called: “Yo, Arethusa!”

She remained silent and hidden. Alpheus noticed a cloud but couldn’t find any footprints leading away from it. He stayed put and watched it. An icy sweat drenched Arethusa’s limbs and streamed from every part of her body. She told Ceres:

…wherever my foot had been, there was a puddle,
and my hair shed moisture. More swiftly than I can tell it,
I turned into liquid – even so, he recognized me,
his darling there in the water, and promptly discarded
the human form he had assumed for the occasion,
reverting to river, so that our fluids might mingle.
Diana shattered the Earth’s crust; I sank down,
and was swept on through sightless caverns, off to Ortygia,
so pleasing to me because it’s the goddess’s birthplace;
and here I first rose up into the air as a fountain. (Ovid, Book V,815-820) 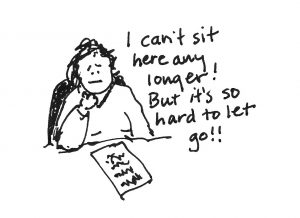 The nymphs dissolving into water and my dream image of the ink dissolving into the pool are influencing me in a strange and powerful way. All my life, writing has been my main medium of expression (not to mention sanity!) and yet for the last thirty years it has been very painful to write. My body hates sitting at a computer. The muscles ache and shout until there’s nothing more in my head but their cries. I am often reduced to tears and must surrender. Forcing myself to write only makes life intolerable, and so I have adopted a slow, gentle rhythm. I write when it’s possible, and when it’s not, I allow my body to overrule my will. In recent years, I have been finding other means of expression and sources of joy in voice and music. But when anyone says, “You should be able to do anything you want, it’s just mind over matter,” I see Dis absconding with Prosperina, and Cyane rising up and crying, “No! You cannot become the son-in-law of the great goddess against her will!” 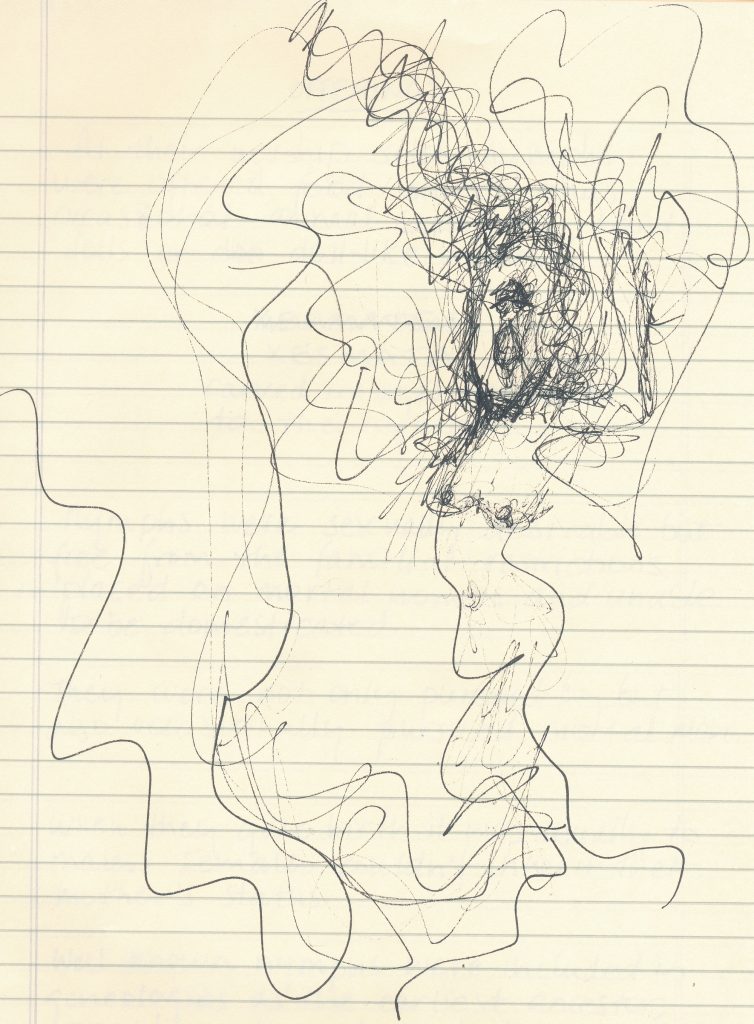 Who are these nymphs who in Greek myth are repeatedly abducted and raped by male powers, usually gods? They are feminine spirits residing in wild nature—oreads who dwell in mountains and grottos, dryads in trees and flowers, naiads in springs and rivers, nereids in the sea.

In the archaic world, the nymphs were seen to have a positive, elevating influence on mortals who were receptive to them. Shrines were made to the residing spirits of grottos, fountains, forests and caves. One who came under the influence of a nymph (or the doll who represented her) experienced “nympholepsy,” a rapture associated with extreme worship and devotion for the ubiquitous, nurturing presence of the Great Goddess in nature.

Yet what on earth has happened to the word nymph (let alone her spirit?) The word derives from the Greek númphē which referred either to a sexually mature woman, or a goddess inhabiting the wild. As an eternal maiden, she was also associated with a bride—sometimes revered and at other times, coveted and captured. Her lifespan and her health were intrinsically connected to the form she occupied. If her tree was cut, she bled. If it was chopped down, she died.

With the rise of Christianity, the ecstatic states induced by the nymph became associated with demonic possession. As Jennifer Larson explores in her book, Greek Nymphs: Myth, Cult and Lore, the nymphs were “syncretized with malignant demons, both the fallen angels of Christian orthodoxy and older Greek demons like the laminai and gelloudes.” (63) She went from being a figure associated with light, abundance and fertility to an ally of the devil, an inflictor of misfortune.

One might say that this is a rape of a different order—and one that drove the light from the world. She who once occupied sacred sites is now seen to haunt them. She who induced rapture now induces fear. Trees become timber. Soil becomes dirt. Even our souls become irrelevant. And where is the joy of life?

Surely the river god Alpheus could have had the pleasure of Arethusa if he hadn’t gone after her. She would have willingly returned to his waters again and again. Instead, his desire to possess her drove her out of the country and put her permanently out of reach. 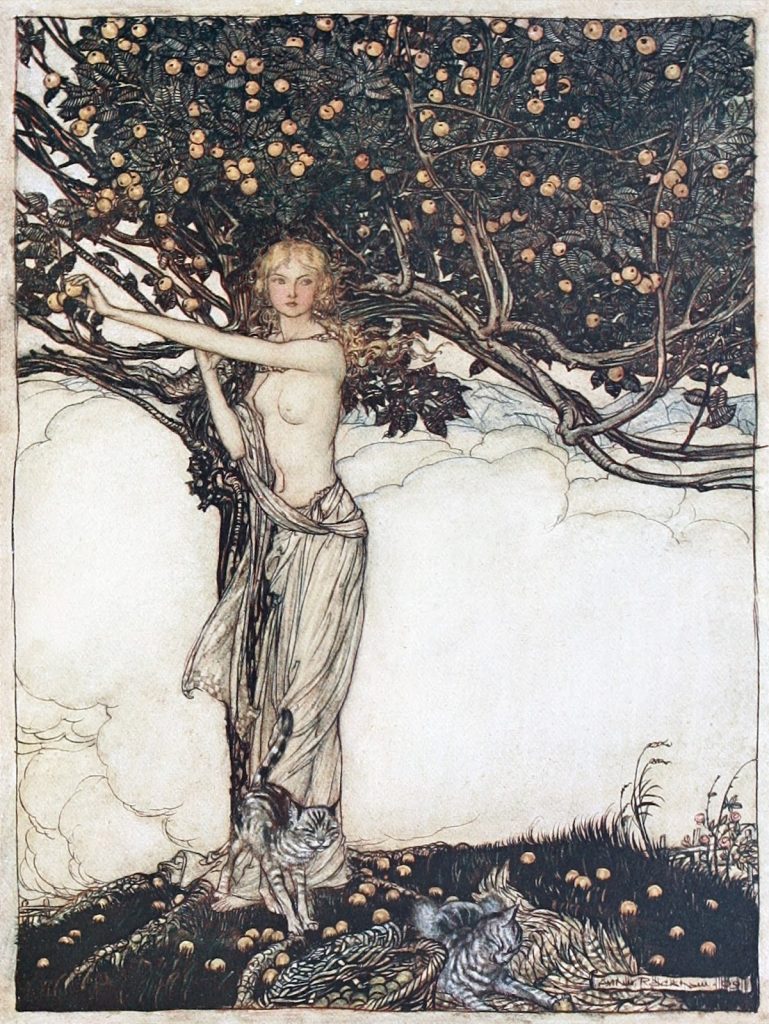 Artwork:
– Featured Image from Roman Carthage, 3rd Century A.D.. A nereid nymph reclines on the back of a hippocamp (a fish-tailed horse.)
– A wall painting from a Hellenistic tomb depicting the abduction of Persephone. The underworld god is dragging her onto his chariot with the mother goddess looking on in horror. Vergina, 4th Century B.C.
– Greek coin, head of Arethusa, Sicily, 412-345 B.C.
– My scribbles.
– Arthur Rackham, Freia, from Richard Wagner’s opera Der Ring des Nibelungen, 1910