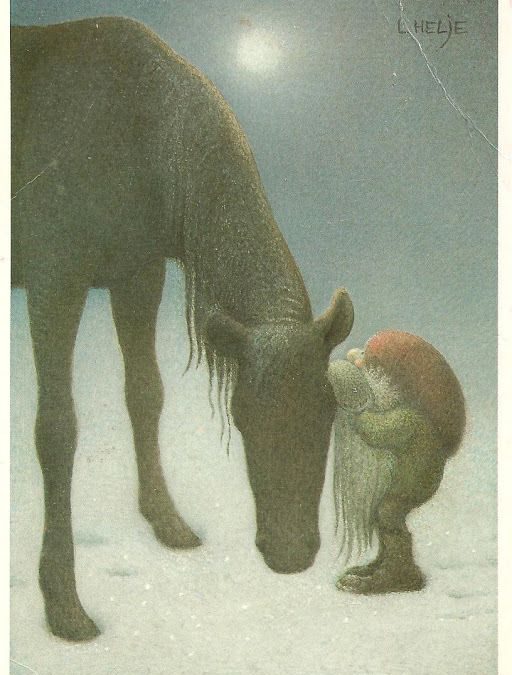 I love my body.

At 61, I feel grateful for the effort that my body has made to carry me through. Over the years, I have seen her as a horse, a white horse, a winged horse, a raced horse, a broken horse. Broken by my racing mind. It has taken some time to heal the broken horse, to learn from her in the cave of Chiron.

For thirty years, my body has been instructing me, reining me in. I have raged against her, I have beat her down, I have wanted to leave her. She has bewildered me, estranged me, disappointed me, betrayed me, trapped me. Yet she is an undeniable fact, as real as the sun and the moon, the air and the sea, the rocky mountains and the rainforest. She is not outside of me, a separate, lesser beast. She is the holiest part of me: most real, most honest, most mysterious.

I have been in physiotherapy for over twenty-five years. I am now brightly aware of what is happening in my muscles, tendons, bones and joints. I feel the full impact of a fall. I can see the lit-up trail of trauma as it resonates through flesh and bone.

I had a bad one a couple of days ago. My niece and I had been turned away from a restaurant that was closed. The doors were open and people were coming and going, but in fact they were moving furniture out. I came to the top of a dark concrete stairwell and put my right foot down on a dolly that a workman had carelessly left there. My foot went out from under me, and rather than take the dolly down the stairs to what would be almost certain catastrophe, my left knee dropped to the floor and took the whole impact. The shock wave shot up through my body and rang in my head. Pain bloomed in the knee. With the help of my niece and a manager, I was taken to a seat in a booth. They gave me ice. Anti-inflammatories. And time to figure out what had happened.

My head reeled. My heart grieved. Our special outing was ruined. Why do these things keep happening to me?

I am a veteran of chronic pain.

I was in pain for thirteen years, from 1993 to 2006 when congenital hip dysplasia was finally diagnosed and I got a hip replacement. I had a four-year reprieve when I felt that I could finally burst out of the gate and get things done. Then my body started to ache again and the horse returned to the stall. My hopes were dashed. I had so much to DO and over a decade had slid by.

I was well past the middle of my life. I couldn’t integrate the disconnect between what I thought my life would be and what it actually was. It took some time to come around, to enter the stable and put my arms around the horse.

At that point, I was so well-acquainted with my body that I could hear the horse speak. And the horse whispered, “This is a great recovery.”

REALLY? It sure didn’t look like one. But that seemed to be the point: appearances don’t matter. I was in pain, yes. I felt hopeless, anxious, depressed. Yes. But I would take it lightly. I would be happy. That, after all, was my resolve after the first ‘go-round’ with pain. I would be happy whatever the conditions of my life.

I set about to understand what happiness meant. I undertook a ‘happiness project.’ When people asked me how I felt, I didn’t say that I ached all over. I said that I felt well in my spirit, whatever was happening in my body. Nonetheless, I suffered all the old ‘stable’ rages — fury at the horse, at the bewildering, baffling, betrayal of the beast. I cried a lot. I tried to yank myself out of the doldrums, provoke a radical change.

I flew to Florida. I rented a bright red Mustang sportscar and drove to the Keys. I lay in the sun on a hammock by the pool. Ian came to visit mid-week, and I greeted him in my sportscar. I took him to a fancy resort for dinner. For one night, I lived the ‘other life’, the fantasy life of the race-horse rider.

The next day, I was lying in the sun in the hammock, and out of the blue, the hammock broke. I fell a foot and a half, flat on my back, on the concrete. The trauma reverberated through every single muscle in and around my spine.

I lay on ice like a mermaid dredged up from the sea.

Two narratives warred for my attention. One went like this: “Why do these things happen to me? Why do I get no reward for all my effort?” Ironically, I had been working hard in physio to strengthen the ‘hammock’ of the back: the scapula muscles, the pelvic floor. This narrative said: “Here’s the evidence that you’ll never get anywhere, no matter how hard you try. Look at you. You’re broken. Your back is in pieces.”

In saying it, I experienced glimmerings. The body wasn’t going to hold on to the trauma. The body was releasing it, letting it move through. The narrative wouldn’t allow me to hold on to grief, betrayal, self-recrimination. It insisted on moving me through it, into another reality.

And here we are again. Two narratives. And a choice.

When I was a little girl, I used to dream Pegasus dreams. I didn’t know about mythology or fairy tales, but I had this relationship with Pegasus. The poet’s horse, the winged horse, the horse of heaven.

It frightened me a little, even then, to think that the poet Bellerophon had tried to ride the horse to all the way to the stable of heaven. Zeus sent a gadfly to sting Pegasus, and the poet fell to earth. He landed on a thorn bush, and spent the rest of his life wandering in grief, blinded.

Through her time in the stable, the horse is changing. Brushed and cared for, loved and esteemed, she is recovering. Her holy body.
Speech. And wings. 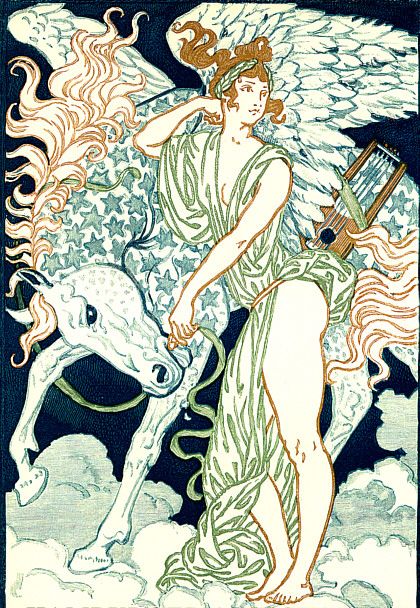 ← Recipes for Holiday Happiness What Did Sleeping Beauty Dream? →