Here for a Spell 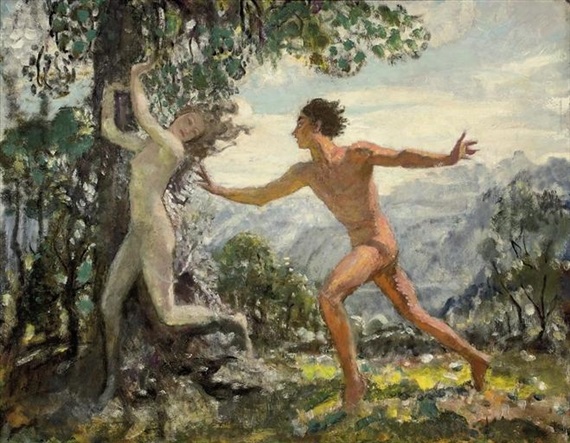 Human beings have been telling stories of spells and enchantments for a long time. The potent idea that one’s form can be changed by a powerful god or magician boils up out of the old myths of Rome and Greece and sprouts everywhere in the world’s fairy tales. Why are we so fascinated by these stories?

I think it’s because the experience of being put under a spell is universally familiar to us. At one time or another, we’ve all been beguiled, lured, conned, or captivated by a powerful person. We know what it’s like to be shocked into sleep or frozen into stone. We also know what it’s like to be transported by music or words to a heavenly place and brought home to ourselves, dazzled.

We can find reflections of our spellbound selves everywhere in the fairy tale. Beauty sleeps engulfed in dreams, wrapped in a thorned castle that no can enter. A common frog (who is actually a king) sits on the edge of a pool, dazed. An entire forest is actually an army of soldiers petrified in wood. In the land of faerie, nothing is what it appears to be — just like us. It’s alive inside itself, making it alive inside of us.

Lately I’ve been reading Ovid’s Metamorphosis and getting another perspective on the enchanted world from a poet who lived in Rome between 43 BC and 18 AD. In Metamorphosis he spins one tale after another about gods and goddesses who drive good souls (usually beautiful nymphs) into shapes not their own. You may remember Apollo’s legendary pursuit of Daphne, for example. When she was racing through the forest with the god of music in hot pursuit, Daphne cried for help from her father, Peneus, the river god:

“Help me, dear father! If your waters hold
divinity, transform me and destroy
that beauty by which I have too well pleased!”

Her prayer was scarcely finished when she feels
a torpor take possession of her limbs–
her supple trunk is girdled with a thin
layer of fine bark over her smooth skin;
her hair turns into foliage, her arms
grow into branches, sluggish roots adhere
to feet that were so recently so swift,
her head becomes the summit of a tree;
all that remains of her is a warm glow.

Ovid insists that Apollo was hopelessly in love with Daphne and he sympathizes with the unrequited god who, in forcing the fleeing maiden to become a laurel tree, put his beloved eternally out of reach.

Loving her still, the god puts his right hand
against the trunk, and even now can feel
her heart as it beats under the new bark;
he hugs her limbs as if they were still human,
and then he puts his lips against the wood,
which, even now, is adverse to his kiss. (II, 750-770)

Even in that brief glimpse of life in the ancient forest, we can see how infused with light everything is in Ovid’s world. The gardens, pastures and forests are teeming with divinities, driven into form by the passion of the gods. They’ve enlivened the forms we recognize today as laurel trees, amber-weeping pines, seaward-gazing stones and seabirds…

Interestingly enough, Ovid doesn’t tell stories about how spirits like Daphne find release from their forms, whereas fairy tales do just the opposite. They spend precious little time on how characters get into spells. We know almost nothing about how or why the witch turned the king into a frog, but we definitely get a blow-by-blow of how he breaks free. Fairy tales are concerned with the dissonant state of not being in our own skin, of not appearing or being recognized for what we are. They bravely forge a path to freedom from the powers that get us trapped in the first place.

Together the myths and fairy tales are concerned with how we come into form and how we break the form. And they show us that all beings are under a spell precisely because they inhabit a form. The body can never express one’s full radiance, but it does make it possible to be here. And while we deal with the suffering that comes with living in a sensitive form, the experience seems to grow us. In The Six Swans, the brothers who were turned into swans had a shamanic experience of living as birds. When their sister released them from the spell, they touched ground with a new knowing. They had been swans, and they would carry that knowing in their hearts forever.

When I took my first storytelling course back in the 1980s, I remember being enchanted (in the best possible way) by the worldview of the storyteller. The storyteller recognizes that everyone and everything has a story, and the story is an animating light. To be given the story of another is to be given a light into their soul, and the anima mundi, the soul of the world. Even something as unassuming as a toy soldier with a missing leg can ignite the imagination of the sympathetic observer. By becoming the steadfast tin soldier for a short spell, Hans Christian Andersen gave the world an eternally beloved character. Anyone who knows his story will never see tin soldiers the same way again, nor veterans.

The storyteller and all sympathetic observers keep the bright world lit by receiving the inspirations that come to them. A simple walk through the forest can speak volumes, as the writer Hermann Hesse discovered during his forest wanderings. A tree whispered to him, and he listened. He drew close. He became the tree, and in his book, Wandering: Notes and Sketches, he told us what the tree had to say:

A tree says: A kernel is hidden in me, a spark, a thought, I am life from eternal life. The attempt and the risk that the eternal mother took with me is unique, unique the form and veins of my skin, unique the smallest play of leaves in my branches and the smallest scar on my bark. I was made to form and reveal the eternal in my smallest detail.

The quiet speech of trees can help a suffering soul, Hesse discovered. “When we are stricken and cannot bear our lives any longer,” he wrote, “then a tree has something to say to us: Be still! Be still! Look at me! Life is not easy, life is not difficult. Those are childish thoughts … Home is neither here nor there. Home is within you, or home is nowhere at all.”

Stories of enchantment foster a sympathetic relationship with the other eight million species that share this planet with us. They fill us with awareness that we are all expressions of the natural world, sparks of light in a bright-lit land. “We are all woodland people,” writes Diana Beresford-Kroeger in her memoir, To Speak for the Trees: My Life’s Journey from Ancient Celtic Wisdom to a Healing Vision of the Forest . “Like trees, we hold a genetic memory of the past because trees are parents to the child deep within us. We feel that shared history come alive every time we step into the forest, where the majesty of nature calls to us in a voice beyond our imaginations.” Those who listen to that call come to actually know the forest, and it is “far more than a source of timber. It is our collective medicine cabinet. It is our lungs. It is the regulatory system for our climate and our oceans. It is the mantle of our planet. It is the health and well-being of our children and grandchildren. It is our sacred home. It is our salvation.”

I’m left thinking of poor Apollo, enduring the separation with Daphne with his lips to the refusing wood.  He would do well to follow the example of Hermann Hesse and Diana Beresford-Kroeger. Allow yourself to be enchanted by the laurel tree, Apollo. Become Daphne, and let her sing through you. 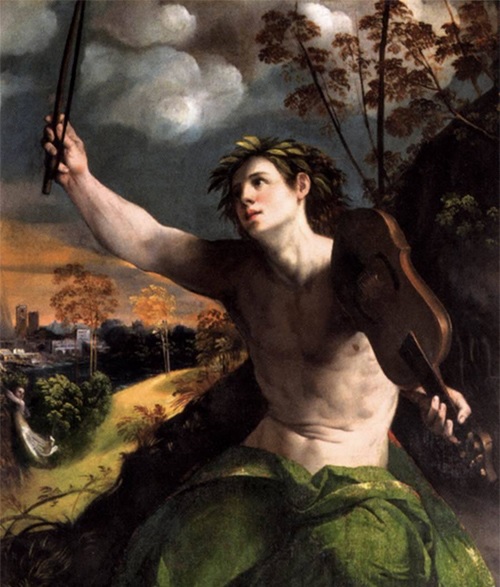 ← The Bridge from Speech to Song In Praise of Nymphs →