Going to the Moon 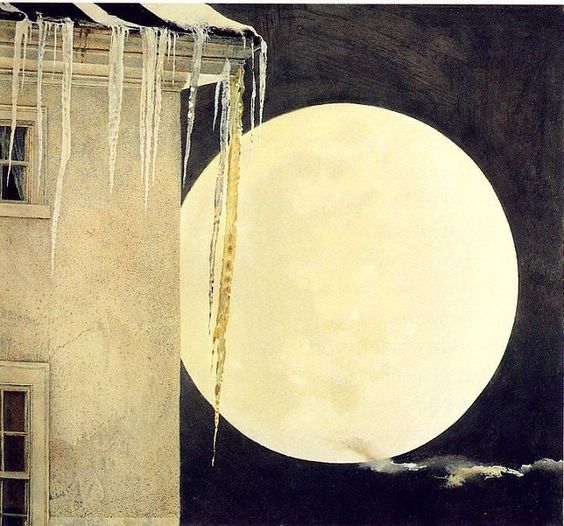 A couple of decades ago, I had a dream that I got into a space suit, and, along with a small crew of people, I flew to the moon. It was shattering to leave the atmosphere of the earth. At the threshold of earth’s atmosphere, all the molecules in my body were blown apart, and then they reorganized themselves. When we landed on the moon, we waded through a channel of water before leaving the spacecraft, and came out able to breathe and bounce around on the moon’s surface.

Engineers had built factories and workplaces. The buildings were made of iron and steel with slick surfaces and sharp edges. Here on the moon there was no golden light, only cold, stark greys. The terrible unfamiliarity of the atmosphere shocked me. I had always thought of the moon as a feminine place, but this was not a feminine place whatsoever. It was utterly utilitarian, untouched by warmth or sunlight.

I couldn’t wait to get back home, and soon we re-entered the spacecraft and lifted off. I remember approaching the earth again, feeling relieved at coming back to our gorgeous blue living planet. And yet as I looked out the window at the earth, I understood that it too wasn’t home. Earth only felt like home because it was familiar. We don’t remember any other home because we’re all bound up in our space suits.

Just as I was thinking that thought, we plunged back into the atmosphere. This time I was prepared for the threshold experience, and made an effort to stay conscious of what was going on when my molecules came apart. They hung suspended for a moment, and then re-knit themselves together. Following a pattern of atomic attraction, they stitched me back into my earth suit. I could feel the lines of pain re-entering, like fault lines between tectonic plates: oh-so familiar. As my peculiar nature was redrawn for me, I had the strong sense that I had drawn this body out of some much more vast intelligence, and if anything was home, that intelligence was it.

During the time I had the dream, I had been going to pain management classes. One day, I looked around the room at all the people who were present there, telling their stories, and I realized that even a state of pain can feel like home if you live there long enough. A warm, loving Italian man was telling his story that day. He had been a hairdresser and he had fallen off a chair and hurt himself. The pain from his injury wouldn’t go away, and his hip and his foot were always on fire.

As he began to reveal his home life to us, we discovered that he and his wife, who were well past retirement age, still had their four children at home. He was hobbling around with a cane, and his wife was working full time and cooking the meals while he attempted to do the housework, mow the lawn, and tend the garden. His four kids weren’t lifting a finger. His wife was getting too old to work, but she was the only source of income, and at night the pair of them worried over how they would look after the family when their bodies and their resources had broken down. Then he dropped the bombshell: his children were in their forties!!

We looked at him with jaws dropped and said, “You’ve got to kick those kids out!” but he wouldn’t even consider it. He drew into himself and I felt a deep denial at work. Why wouldn’t he kick those kids out? He explained that in his Italian tradition, the families look after one another. That was the tradition in which he lived, and its foundations were unshakeable. But under that strong attachment, there was another still stronger one. He was the father and he needed to be the protector. It didn’t matter that he needed help, that he was suffering.

I was sitting next to him, and I reached my hand out to him. He was such a beautiful, lovable man, always smiling compassionately at everyone else, always until this moment, hiding his pain. I said, “Have you ever considered what a service you provide to others when you ask them to help you?” He looked at me confused, and my eyes were full of tears. I knew how hard it was to be dependent on others and feel the guilt of being a burden. Yet a great woman I know who has suffered deeply once told me, “If you have to live with a begging bowl, and there’s nothing else you can do, then at least receive your food with gratitude.”

He couldn’t comprehend what we were saying to him. He couldn’t feel the compassion for himself that would enable him to cross that abyss and free himself and his wife from those great big overgrown hatch-lings whose flights were long overdue.

I went away that day amazed by how a state of suffering can feel like home. I had to ask myself, “What about me?” Was I holding on to my own suffering because it felt like home? Would I ever be ready to leave? And what would determine my readiness?

I was standing in the kitchen putting the dishes away when I had those thoughts. I was aware of being held down, held apart, cocooned like Snow White by this chronic, inexplicable condition. An old identity was dissolving and a new personality forming. Was it fully formed? How did I know that I wouldn’t return to that old caterpillar self when I emerged? How could I ensure that I wouldn’t slip into all the old habits, that I wouldn’t be driven by the same old pressures to perform to the highest possible standards, meet everybody’s expectations, and get involved in 3,500 projects all at the same time? 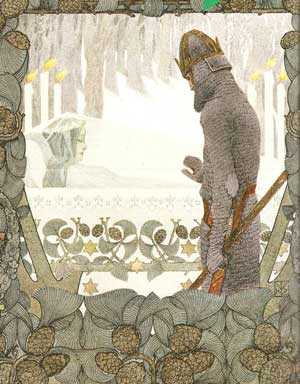 Being held in this condition forced me to go straight through the eye of the needle and face an underlying pain that wasn’t exclusively my own. It was an earth pain: the pain of unworthiness, of never feeling that you’re enough. Was I not worth anything because I wasn’t making any money? If I couldn’t do anything at all, would there still be a purpose for my existence? In The Doctor and the Soul, Viktor Frankl wrote that if you lose the meaning you have derived from your accomplishments, and if you further lose your ability to savor the beauty of life, then you still have your last and highest accomplishment: the attitude that you bring to your life.

I had no answers, no guarantees of readiness. No oracle to read the future. I had long ago exhausted the search for psychics who could read me better than I could read myself. All I had was my spirit, awake in a body that was giving me an opportunity to become aware of the crazy demands that earthlings place upon themselves. For however long the spell would last, I could at least understand what I was learning in my earth suit, under the warm wing of the sun.

← Artists of the Sea The Wild Swans at KEYS →