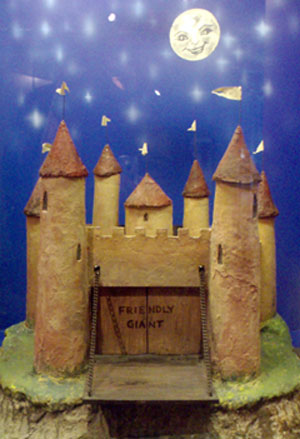 Kahlil Gibran once asked a chilling question: “What will be the destiny of your country and mine? Which giant shall seize the mountains and valleys that produced us and reared us and made us men and women before the face of the sun?… Which one of you people does not ponder day and night on the fate of the world under the rule of the giants intoxicated with the tears of widows and orphans?” (118, A Third Treasury of Kahlil Gibran)

We’re inclined to think that all giants are intoxicated by their power, but in some fairy tales, giants are a friendly race. In The Giants and the Herd-Boy, the giants live underground and come to the surface only occasionally, for weddings and other big events. When they’re finished their parties, they return to the underworld by pulling up a plant, turning themselves into plumes of smoke, and seeping down through the root holes. One day, when one of the gentle giants is wounded, an orphan boy comes along and helps him out. The grateful giant shows the boy the underworld and soon becomes his foster father.

In another story, Prince Ring, a giant and his wife who live in an island off the mainland provide refuge for a young man. The old couple are approaching death — not just their own, but the death of their race. One has the sense, reading the story, that these giants well understand the power that they have over little people. They don’t use it to dominate, but to be examples of true greatness.

When I was a child, I was introduced to fairy tales by watching The Friendly Giant. Every time the harp music began to play “Early One Morning,” I was down on my belly, enthralled by the black and white images on TV. When the drawbridge came down, we entered the giant’s castle. His great hand placed the tiny chairs by the fire, and then he called us up, waaaaay up, to the tower window where he met his animal friends, Rusty the Rooster and Jerome the Giraffe. When they arrived, he drew a magic book out of his bag and shared a fairy tale.

To me, a true giant is a great person, someone that little people look up to and trust. When I go into the woods to be with my bird friends, the chickadees and the woodpeckers, the nuthatches and the cardinals, I am aware that to them I am a giant. Our relationship is forged by tiny interactions that spin threads of trust. I bring peanuts in the middle of winter when they’re hungry and place them on a fallen tree. I step back, stand by, watch for hawks and divert the squirrels. I have learned that the host and hostess of this part of the woods are a pair of downy woodpeckers. He is always the first to greet me, and out of respect I offer him the first peanuts. As the months go by and I appear at roughly the same time every day, a crowd of birds gathers to greet me at the entrance to the glade. The downy male has become so trusting that when I hold out my peanuts, he lands on my hand to receive one. Not an easy feat for a woodpecker who prefers a vertical perch. By the end of the winter, the woodpecker is not only first to greet me, he flies out to meet me, circling me in his affection as I walk across the field.

We’re the dearest of friends. 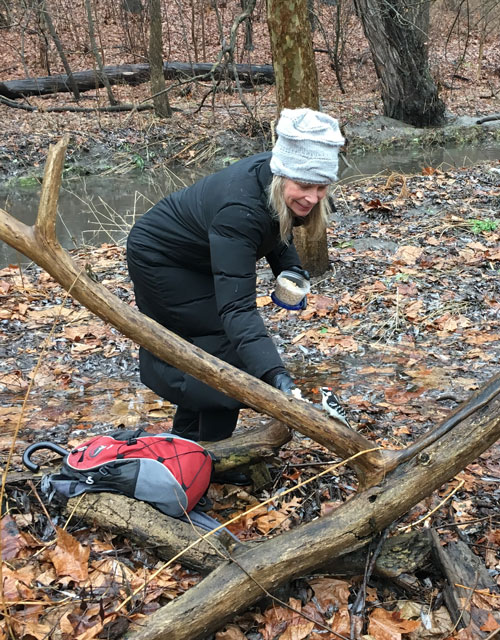 In fairy tales, real power is won by alliances, not force. A leader has allies in many kingdoms – the ant kingdom, the fish kingdom, the bird kingdom. A true giant knows that if you want to be big, you have to become little.

Consider the great all-powerful king in the fairy tale who goes off hunting in the woods. He starts off with bravado, surrounded by servants, companions, and yapping dogs. But if he gets lost and in the deep wood, how is he going to fare without servants and supplies? The king who has never had to do anything for himself is in serious trouble without the “little people.”

I’d like to think that the age of false giants is ending as people challenge the authenticity of those in power. False giants don’t live any longer than their egos, while real giants undertake projects that span decades and even lifetimes. They have the long view, striding through time and space in their seven league boots.

I suspect that they’re coming back, even as we speak … slipping in from under the tree roots ….

← The Idiot Box A Few Words with the Troll →