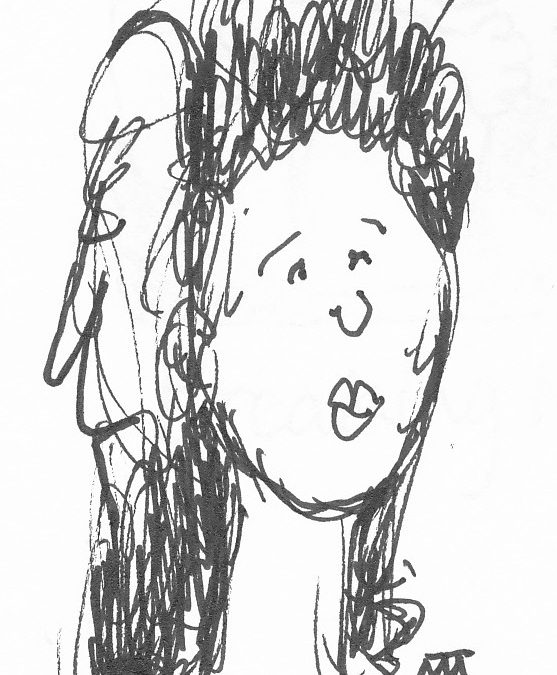 If you’re interested in what fairy tales have to say about the father-daughter relationship, one story that you might want to drop down into is The Iron Stove in the Grimm’s collection.

In this land of kings, a daughter of a king who is clearly following in her father’s footsteps, gets lost on a hike into the forest. She can’t find her way back home to her father’s castle, and as the days and nights go by, she learns to fend for herself.

On the ninth day, she stumbles upon something really weird. There’s an iron stove sitting in a clearing. What’s it doing here? There’s nobody around for miles, not in this wild wood.

Then, to her astonishment, the stove speaks. It asks her a question: “From whence do you come, and whither do you go?”
What the —–?

But the question is pertinent. Where IS she coming from? And where does she think she’s going?

Clearly she’s lost. But maybe she’s REALLY lost – so lost that even if she did get back home, she wouldn’t have found her way home.
It’s unsettling, to say the least. And what’s with the voice? Since when do iron stoves speak?

“I’ve lost my way in the forest,” she stammers. “I can’t get back to my father’s kingdom.”

Even as she says the words she can hear the clang of their double meaning. She’s lost her way, every which way.
The voice responds, surprisingly warm. “I will help you to get home again, swiftly, if you promise to do what I ask of you.”

Do what? Who is speaking? Some kind of devil? She’s used to complying with male authority and this is a male voice. How much authority does he have?

She’s hardly had the thought when he answers it. “I am the son of a king far greater than your father. And I will marry you.”

The words are spoken as if they were the fulfillment of her most earnest wish: something she had always intended (and would forever intend) to do.

She laughs. “What am I going to do with an IRON STOVE?”

She’s warming to him. Besides, he’s offering her something she really wants. HOME. Hearth fire, warm water, a cozy bed.

“Return here with a knife,” says the voice. “And scrape a hole into the iron.”

Her mind is in a muddle. It makes no sense. You can’t scrape a hole into iron. It would take the rest of her life and then some. And anyway, it’s not possible. And who is this VOICE?

Just then, a plume of white smoke rises out of the stove pipe. It takes shape before her, a man’s shape, though the features are cloudy. She is drawn to his side and they move forward together. For two hours they pass through the forest without saying a word. When they come to the edge of the wood, she sees her father’s castle in the distance, across the field.

The spirit has gone, leaving her shockingly empty and alone. She starts off across the meadow, resolved to do the crazy thing he has asked her to do. It’s her own desire, too. She and the spirit are one. They always were and they always will be.

Midway across the meadow, doubts filter in. Who ever heard of scraping through iron with a knife? What will her father say when she tells him that she intends to go back to into the wild wood? What for? To, uh, free some voice trapped in an iron stove, and, uh, well…. MARRY it??

By the time she’s come to the castle road she has made her decision. It’s a practical one. She’ll tell her father what happened.
They’ll laugh.

After supper, she confides to the king: “I would have died in the wild had it not been for an iron stove. A voice inside the stove promised to show me the way home if I came back to free him. And marry him.”

Her father, full of a booze and bluster, says, “That’s preposterous!”

Her conspiratorial manner reassures him. She’s not going to do anything silly. Of course not. It’s not in her nature. She’s as useful as any son would be, and a lot more pleasant to look at. One day, she’ll take his place at the helm of the kingdom. He won’t allow himself to imagine a husband. She’ll rule on her own — wooed by many but won by none (but himself).

Restored to her father’s affections, she’s feeling activated, empowered. She suggests that they send out some other girl. Give her a knife and let her try and free the voice in the iron stove. She can report back to the two of them.

There isn’t a hint of remorse in her bright, hard eyes. She seems to have forgotten that spirit altogether.

She has no idea what a long, long way she will have to go to get back home. 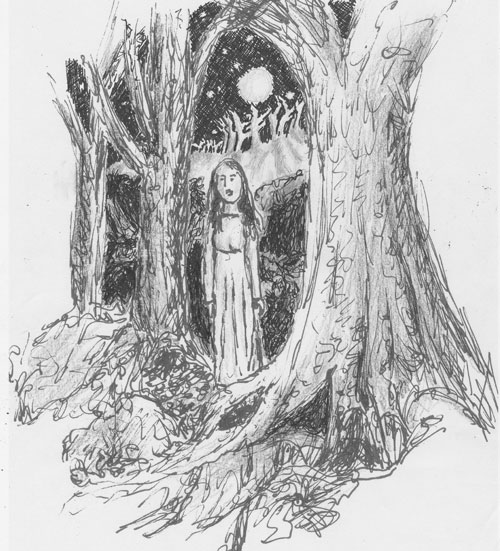 I have been a father’s daughter. I have wanted my father’s recognition for the work I do in the world. To come into my own, I have had to leave my father’s house. I have had to stand on my own two feet and recognize what I love and stand for.

It hasn’t been easy. There have been times when I have felt so invisible to male authority figures that I have asked myself, “If he doesn’t see who I am, am I anything at all?”

As women, our efforts to realize ourselves, stand on our own two feet and speak for what we love are vital to the salvation of the world. And, at the same time, I am left marveling at value of a good father.

Just before I went to post this blog, I discovered a dream that I had back in 2013, exactly four years after my father died.
“I made my way to a picnic table with a plate of food. My father was behind me, crowded by people who wanted to talk to him because he was rich and famous.

Frustrated because he had lost sight of me, he pulled a wad of cash from his pocket and threw it over his shoulder. “My money means nothing to me,” he said, “if I can’t have a conversation with my daughter.”

← Spelling the Spell OUT Wonder Dream →