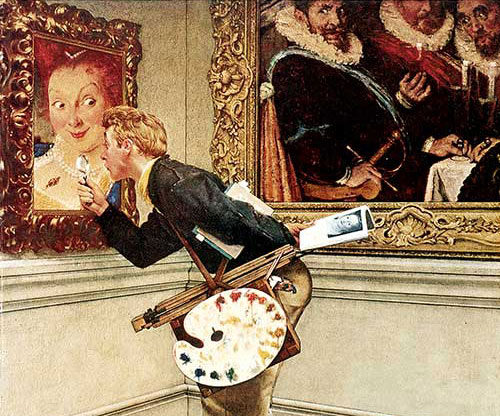 I can’t believe that I’ve lived this long without discovering the books of Kathleen Raine. Kathleen, where have you been all my life?

Kathleen Raine was a poet and essayist who revered the visionary imagination and felt the heartache of its loss in a materialist age. Born in 1908 in Essex, England, she provided a perspective on the value of poetry in all cultures at all times. She is renowned for her two-volume masterwork on the Romantic visionary poet, William Blake, (Blake and Tradition), and for her inspiring essays on the role of poetry in life and literature. (Defending Ancient Springs, That Wondrous Pattern).

Raine was teaching at Cambridge in the mid-1950s when she saw a shift in the way academics regarded poetry. Instead of participating in the imaginative experience of a poem, the focus swung to deconstruction and critique.

Enter Scrutiny. Scrutiny “was a new, reductionist attitude brought to the reading of poetry utterly alien to the imaginative receptiveness without which the enchantment of beauty cannot be experienced,” Raine writes in That Wondrous Pattern. “The purpose of reading seemed to be the detection and exposure of bad verses rather than the delight of lifting the soul above the mundane. My generation had expected to participate, to be enchanted, not to analyse.” (26)

Raine had grown up in Northumberland where songs and ballads had been passed down through mothers, grandmothers and aunts. Poetry belonged to the essence of the human life experience. Its role was to enrich the habitat of the human soul through Imagination. In the beginning, it wasn’t authored. It was received.

“…the songs and ballads of Scotland did not so much belong to us, as we to them. They were anonymous … authorship was really of no great importance. It was as if they had forever existed and belonged to no one and therefore at the same time to everyone.” (Patterns, 25-6)

When authorship did come into existence, the poets were regarded as luminaries. “In England the poets of the romantic era had shining names. Keats, Shelley, Wordsworth, Coleridge, these names were venerated. What the poet had written had authority, if not quite as the Bible had; at all events we received their words as truth.” (26)

Scrutiny was born right around the same time I was born, and so when poems began to come to me in my teens, I didn’t know how to regard them. Upon scrutiny, they didn’t fit into the modern era. They seemed to come from another time and place. Some sort of hinterland, a region of fantasies and fairy tales. They had no role to play in the so-called ‘real world’. After university, when we all went out to get jobs and start families, most of us who had written poetry stopped. Or if we continued, we didn’t speak about it. Yet I continued to write poems when they came to me. For the most part, I didn’t understand them. I just shoved them into a drawer.

Then one day a poem came to me that seized me with force. It said, LOOK AT THIS. SEE WHERE I AM.

The Poet and Lady Shame

In a hovel on the other side 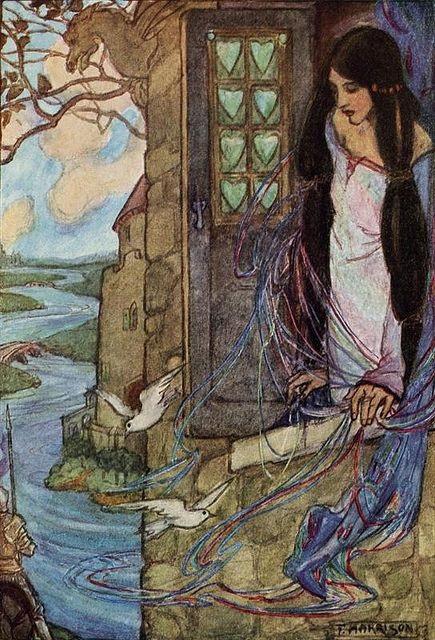 Of the river that parts
The limbs of the city
From its heart
The outcasts carry out their lives
I pay them a visit from time to time—
The poet and Lady Shame.

They are locked together in the mind’s asylum
Locked forever like a twin-headed siamese
And Lady Shame, silent and inscrutable
Is keeper of the keys.
The poet is lonely, cut off like the limb of a starfish
To write these lines into the wide void
While the waters run out of the world
And the earth cracks, top-heavy, old and
bewildered.

But when it is done, and the thing conceived
I fly out, only to run
Headlong into Lady Shame
Who leafs through and leaves me;
Jangling away with her jumble of keys.
She has the final word, I cannot get
Around her into the world, she keeps her
Dobermans at the gate.

The poem gave me an x-ray of my inner state and the angst of the artist who can’t reach the world without passing Scrutiny. The Poet was done being incarcerated. She was rising up; staging a coup.

Are you good or evil, Lady Shame;
You with your jumble of keys
I thought that you would make good protection
good direction when I took you on
to be my good gatekeeper
And now, Lady Shame
The torrent in me
Will make you shameless
I have held too much
Water back in these unconscious cells
I need release

Gimmee those keys, Lady,
They’re just an illusion I created
To keep me locked here
Fuming over miscarried dreams
And words that slide off the page
Like skaters off the ice

I will throw you out with the metaphor: Shame,
You’re an old tramp; I’m better off
Believing in my lunacy
Than to keep you here to tell me
I’m not enough, not right already
Not ever maybe
Damn you Lady Shame!!

Over the years this poem has taken a central place in my personal myth. The feeling of being incarcerated is still here because not much has changed for the poetic soul in our world. We are walled in, living in a culture that provides no habitat for the soul. Indeed, in Raine’s words, materialism drives the soul out of its home into a derelict state.

What has changed, however, is my position with the poetic soul. Scrutiny has been shown the door. The poetic soul does not need to fit in. The poems speak for themselves. The challenge is to allow them, and not just allow them but welcome them as rain in the desert.

Kathleen Raine has much more to say on the subject, and so I leave you with her voice in a speech she gave called Nature as the Habitat of the Soul.