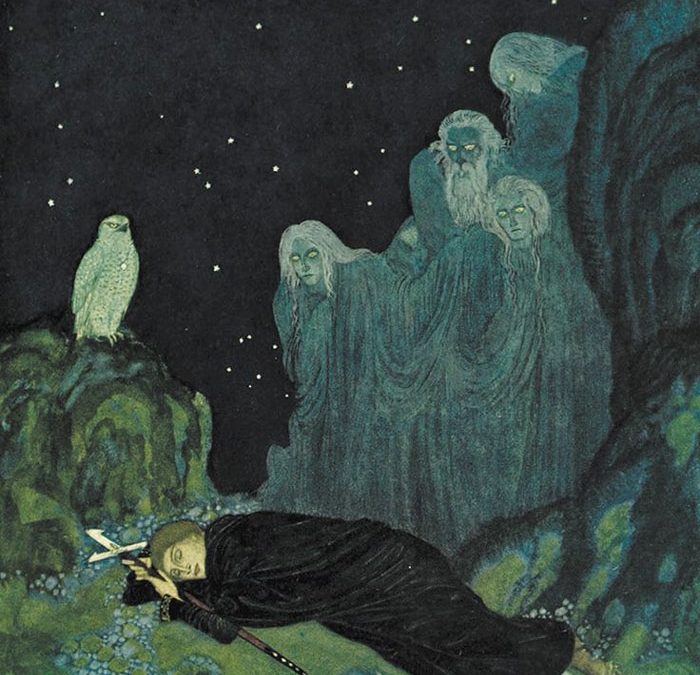 I recently uncovered the most amazing cache of writings, penned by Marie, Queen of Romania, who was born in 1875. She has been considered “the last Romantic,” and I am astounded to find that she has written 34 books, including a three volume autobiography called The Story of My Life.

I stumbled upon her stories as I went looking for fairy tales of the lost princess. She wrote a book called The Lost Princess which is no longer in print, so, while waiting to obtain it, I began reading another one of her books, The Dreamer of Dreams. It is a long fairy tale, elaborately written, about a painter who is much loved by a king.

The charming young man paints a glorious royal procession on the walls of the feasting hall with a skill unmatched by anyone. However, when he gets to the crowning figure of the procession, the queen, he can’t paint her face. He has seen her eyes in a dream but he has never seen them in the real world. The fact that he cannot paint her eyes drives him mad and eventually he wanders off, crazed, and veers into a strange dreamscape.

He endures much difficulty as he traverses a frozen wilderness that feels very much like the realm that Hans Christian Andersen visited in The Snow Queen. On his trek through a mountain pass, he comes upon a little girl who is lost and starving. He gives her his remaining food, and carries her over steep ridges and icy cliffs until his bones can hardly withstand her weight, the long climb and the unforgiving wind. When at last he reaches the summit, he discovers that the child, who has become his only reason to live, has frozen to death. 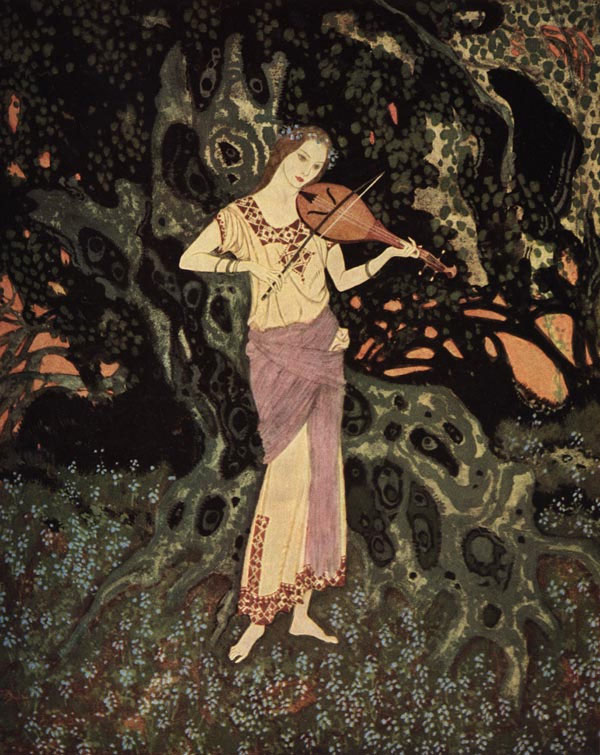 He stumbles into a valley, bereft, and encounters a band of gypsies. A beautfiul maiden walks among them, but she is not of them. She plays the violin; heavenly music pierced with longing, her eyes are fixed on another world. And yes, those eyes are the very ones he saw in his dream, the eyes he could not paint. He seeks to know the ethereal maiden, but she never regards him with those marvelous eyes.

After all his effort to see her, he finds himself unseen.

The old gypsy seer understands the young painter’s plight. He has been following the maiden for days, listening to her but not heard, gazing at her, but not seen. The gypsy advises him to go to her, and compell her to climb down from her high place and see his human love.

It is close to dawn when he approaches the maiden’s rustic canvas dwelling place.A fire, lit from within, makes the humble tent look warm and homey. She stops playing her violin, and gazes into the pitchy darkness as if she knows that her fate is approaching. He enters with his arms outstretched, sinks to his knees before her, and puts his lips to her heart.
When she feels his kiss, a “light of dawning comprehension” spreads slowly across her face. “Where have I been?” she asks. “To what regions have I come? What is this dear face I see gazing into mine, what is this bounding joy that wants to burst the confines of my over-strained heart? Oh what – what does it mean?”

She stands up, pressing her hands on her heart to stop the pounding, piercing pain. She can’t understand what is happening. The young painter rises and says, “It is I, it is I, who have come over the distant seas, who have traveled sun and shade, through storm and calm, who have passed through the Shadow of Death to reach the heaven of thy face; look at me with thy awakening eyes, and tell me that life is sweet.”

“Life? What is life?” She feels that she is dying, but she is drawn by some mysterious force to move into his arms. She meets his lips, and at last she looks into his face “with those eyes that had for so long been a living part of his most hidden self.” Overcome by joy, he kisses her eyes, closing the delicate lids. And in that moment, her life shudders away.

The old gypsy finds him at dawn, holding the corpse of the maiden in his arms, his eyes “wide open, full of frantic misery.”

I read the book, enthralled. The language is a little dated, but the story is exquisitely told and illustrated by one of the great golden age artists, Edmund Dulac. I felt as if I were holding a great, undiscovered treasure. I looked up the history of Queen Marie of Romania, and almost everything I found dealt with her life as a Queen, the granddaughter of Czar Alexander II of Russia on her mother’s side, and of Queen Victoria on her father’s side. There was hardly any mention of her as an author let alone a teller of fairy tales that are perhaps the equal to those of George MacDonald and Hans Christian Andersen.

In her autobiography, Marie describes herself as an unabashed Romantic. She perceives “in all things the possibility of beauty instead of the sordidness people today seem to delight in. I see the good in people rather than the bad, the pity and pathos in wickedness and sin, rather than the crime; far rather would I help with kind words than punish with the rod. Weakness some may declare, but I would rather call it strength.” And if that attitude grates, she tells the reader to “throw down the book straight off, because you will meet this spirit of optimistic tolerance all through its pages, till the very end, I hope!” (13) 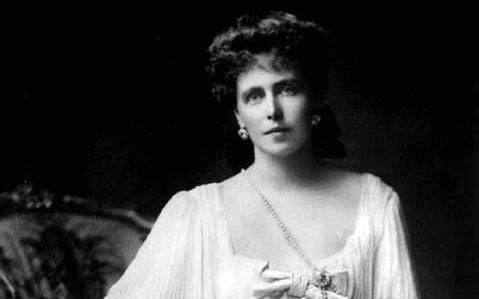 This willingness to see the “possibility of beauty” in all things, however unsightly, seems to me to be an essential quality of the artist. I’m reminded of the poem “The Darkling Thrush” by Thomas Hardy. On a dreary, winter day, when the wind howled like a death lament, he was suddenly transformed by the improbable song of a darkling thrush who, in that moment, chose to “fling his soul upon the growing gloom.”

At times like this, as Hardy wrote, we are washed in a Hope that seems to know more than we do. The moment expires, but the artist paints. The poet writes his poem. And the heart remembers.

After reading “The Dreamer of Dreams,” I had one of those moments. I was driving in my car when the dreamer’s song came to me. It bubbled through me, unbidden, as natural as a stream of birdsong in a summer forest.

Here is the song… in its natural state, just as it first came to me. The words are below.

What does he find when he seeks her?
He finds his innocence
Buries his innocence
Finds in a kiss
That he can’t keep his bliss, that
He has no more hope but to paint her…

Illustrations by Edmund Dulac, from The Dreamer of Dreams.