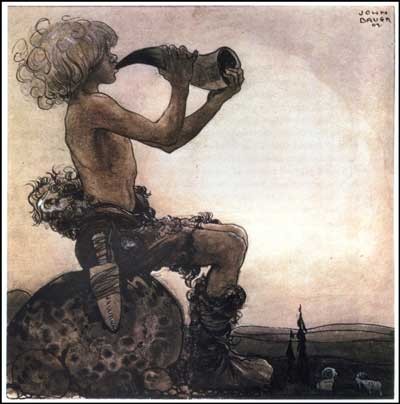 ​When my dear friend Anna Simon and I worked together on our book, Brave Work: The Heroic Journey At Work, we spent a lot of time looking at the way people made departures.

Departure is a mythic time in all our lives. It’s connected with the seasons, of course. The leaves of the plants deepen, the grasses redden, the whole earth glows with vibrant life as the sun retreats, the frost whistles in, and the leaves relinquish their hold on the trees.

I do find it poignant to see on blazing leaves the meeting of fire and frost. There are several fairy tales that capture this paradoxical encounter. Father Frost warms to a girl who is freezing to death in the woods. The Snow-Daughter and the Fire-Son may love one another but they can’t live in the same house because he would melt her, and she would put out his fire.

In every departure, there seems to be this heightening of fire and frost, of desire and death. Every person’s story unfolds in a different way and every one holds mysteries. Some people have a prophetic sense of the change about to come, others are shocked by it, some have a deep wish to change that steadies them through stormy times until the final hour of departure. Each of us remembers the major changes in our lives. We remember details about how they were precipitated and assisted, and we may wonder all our lives about the strange and perhaps even seeming predetermined orchestration of events.

Final departures from this world are mythic experiences, huge and resounding. Long ago, when my mother’s father died, I imagined him leaving on a train of purple light. In a poem, I named it the “Ameythyst Ray.”

Grandpa died on Easter Day
At nine in the morning, after a few months
Of standing outside the pearly gates
He told my mother that he had to wait
For a room on the other side
He was all packed and ready to die
And maybe, he said, if all was okay
He would travel on Easter Day.

When my dear friend Annie died eight years ago, I saw her leaving on a fairy ship as magnificent as the ship in the story, The Elf Maiden. Our imaginations may become very active during final departures, as the oceanic, feeling heart reaches into the ethers, gathering impressions that often can’t be spoken in any other way than through poetry or prayer.

The lesser departures of life bear the stamp of the major ones: leaving a house, leaving a job, leaving anything has become familiar. These days I’ve been interested in the departures that we might not even name as departures – great changes in our attitudes and our outlooks. How do you let go of an old narrative that has ruled a routine way of reacting that you no longer want to act out? How did we make these kind of changes in the past?

When I think of the more subtle departures I’ve made in my life, I go back to a time when I was in my twenties. I had done all the things I thought I was supposed to do, but I wasn’t happy.  I wanted to get inside myself, and inside the world outside myself. I did a lot of camping at the time, and I would lie by the river and watch the water flow by, feeling numb. I had the song running through my head, “Is that all there is?”

Then, quite suddenly, I started dreaming. I dreamed huge and spectacular dreams, dreams that shattered my normal way of thinking. I had been interested in dreams, but more as amusements or curiosities than as contents of the psyche. Some of the dreams were so terrifying that I didn’t want to fall asleep. I felt that I everything I had held back, held under, rushed in a torrent through the dam I’d made in my brain.

So I dove under the “surface,” borne on a flood of dreams. I learned to record them, query them, gather information about my daily life through them. My aunt helped me because she dreamed a lot. She would divide the pages of her journal in half, drawing a vertical line down the page, and putting her daily events on one side and her dreams on the other. She advised me to simply record the contents of the dreams, and notice everything: the colors, the snatches of conversation, the objects and characters. That was very helpful because it allowed me to become detached, take on the attitude of reporter to a series of inner events. The vertical line gave me a wall, a boundary between the realm of the dream and daily life. I learned to understand the way dreams speak, to trust the dreaming mind, and converse with it.

There is so much to learn about departures. I’m endlessly fascinated by the stories of what we left and how we changed and who helped us. We’re constantly refining our ability to let go, the skill of staying open in uncertainty (the poet John Keats called it “negative capability”). Above all, I think what we gather from our departures is resilience. In order to move forward, we have to release our attachments, and it’s rarely easy. We often don’t even know what they are until we try to move forward, and then we slam right into them.

How do we let go our our attachments? The fairy tales show us thousands of different characters who have to break powerful bonds. They mark the path of departure, but they leave the details to us. How did the handless maiden leave home? What did she go through to come to that decision? How do we let go when the departures aren’t our own decisions, when the losses are swift, and “thrust” upon us, as Joseph Campbell would say. Snow White had to flee her wicked stepmother, but when does she really “get” that she has to let her go? Hansel kept devising ways to get back home, but when does he realize that home isn’t sweet?

I don’t think I’m done with this subject. Are we ever?