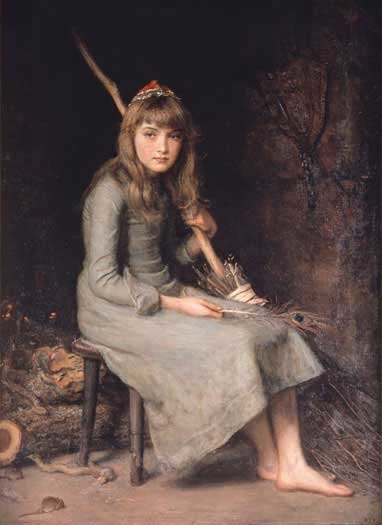 A Fictional Story by Michelle Tocher

It comforts me to think that there are things we can leave behind in the old year…. and somehow, in the tumult of letting go, there’s a finding of something essential that will carry us into the year ahead. That’s the inspiration behind the story you’re about to read. Happy New Year, dear readers and friends!

From the time I was little, I have identified with Cinderella. We have the same name. Wipe the cinders off it and you get me. Ella.

Like Cinderella, I was in my teens when my mother died. And one year after, on New Year’s Eve, my fairy godmother appeared.

When I mentioned her appearance to my father the next morning, he got all concerned and started going on about grief counsellors and psychoses. Settle down, Dad. It was just a daydream. Not to worry. Here, have a pancake. Of the two of us, he was the one who needed the grief counselling. He trudged through every day like he was walking through molasses. He got up for work, had shower and a shave, put on a suit and drove downtown to the brokerage firm.

He did what all the Cinderella dads do. Carried on down the road of life and walked straight past his grief.

But I couldn’t. And then my fairy godmother appeared on the first anniversary of my mother’s death, the last day of the year. Dad and I had gone to a New Year’s eve party at my aunt’s house. The shrill voices gave me a headache and I went upstairs to lie down in the guest room. I burrowed into a pile of coats and listened to my father’s laughter. It was off key. Strained.

Then she strode in from the bathroom. She could have been another party guest if the party had been held in the roaring twenties. She had orange-red curly hair that was piled up on her head.  It was curled under and over and pinned with all these elaborate shimmering flowers and butterflies. Her eyes were green in some lights, blue in others, and brown in the shadows. She had high cheekbones and full lips. One moment she looked young enough to be my sister and the next moment she looked aged, like she could be my grandmother. Or even my great grandmother.

She was wearing a sleeveless orange sequined dress and shiny golden gloves. When she saw me, she acted surprised, as if she hadn’t expected to find me in the room.

“Oh, Ella! Is that really you? Are we both finally here?”

I had the sudden thought that in her mind, reality was an amazing castle of many rooms and gardens, places where people from different dimensions sometimes ran into one another.

I sat up and flicked on the light of the lamp on the bedside table. “Who are you? You look like some sort of fairy godmother.”

“Some sort. Hhhmn. I like that. Because there are all sorts.” She smirked.

She didn’t feel the least bit unfamiliar to me, though she didn’t look like my mother. My mother had dark hair like mine. She had worn it long, like I do.

“Just to be clear, I’m having a vision here, right?” I stacked the pillows behind me so I could sit straight up. I felt that I needed all my powers to meet her power, which could shape-shift to anything at any moment.

In a cat-like manner she patted the pile of coats and made an indentation into which she settled. Then she heaved a big sigh. “I suppose you could say you’re having a vision, though it saddens me that you give me so little substance.”

She laughed. Her voice was so melodious and birdlike, I honestly thought that some sort of lark would fly out of her mouth.

“And how much validity do you give to a dream?”

I didn’t know how to answer that.

“I don’t suppose you give much value to anything that isn’t concrete. The atmosphere here is very dense. You live in an extremely tightly-woven fabrication. I can hardly breathe!”

“Evidence must be produced to validate every experience. So, here.” She opened a small white sequined purse that I hadn’t noticed, and drew out a little comb decorated with a wave of seed pearls. “Take this. It’s not a gift. It belongs to you.”

The pearls were shaped like teardrops, and the comb was made of bone. I had the feeling that they were my tears, my bones. I slipped the comb into my hair. The teeth felt good against my scalp, like a hug.

“Is it poisoned?” I asked, grinning.

“So you’re telling me you’re real.”

“You tell me,” she said. She sat there looking at me earnestly, as if she expected me to go on and tell her something real.

She suddenly looked weary, world-worn. Overwhelmed by the density of the atmosphere.

“And you haven’t laughed at all.”

She was right. I hadn’t laughed for over two years, not since my mother’s cancer was diagnosed. I was still in hell and I couldn’t leave it. I didn’t want to, actually. It didn’t seem right to stop hurting.

“Ever heard the story of the mother’s shroud?” she asked.

“Her son wouldn’t stop weeping and she couldn’t get any rest in her grave under that soggy cloth. She had to go to him as a ghost and tell him to cut it out. Move on.”

“So that’s why you’re here. You’re telling me to move on.” I wanted to yank the comb out of my hair and throw it on the bed.

“No, I’m not here to give you a shove. I’m here because of where you’ve arrived.”

“A place in the passage of grief … a deep well. You see very little sunshine through that tiny aperture way up there. And the sun, poor sun! She has a dilemma. How can she offer you laughter and warmth?

“However…” She rose from the bed. “The sun has seen you, and the sun is quite brilliant, you know. She’s figured out a way not to leave you.”

“Well, me!” She flapped her arms open and reached for me but just before she touched me, she disappeared.

In the longing for the warmth that was reaching for me and the disappointment of finding myself bereft, I burst into tears and wept for my mother like a three-year-old child. Digging into the hill of coats, I let it all out, safe in the knowledge that no one downstairs would hear me over the shouting and cheering and counting-down to midnight.

I was done by the time Dad called up the stairs. I felt for the comb in my hair and it was still there. In the cab on the way home, Dad noticed it. “You’re wearing your Mom’s comb,” he said. He hadn’t seen it for years. He wrapped an arm around me and held me snug.