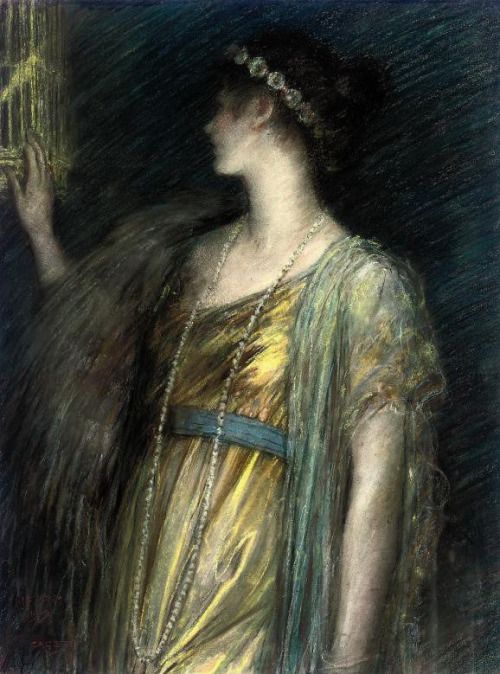 When my friend Sage Walker was exploring Beauty and the Beast in my workshops, she got to know Beauty very well. Beauty made a good first impression, and Sage, like most of us, admired her. But after a while, her attitude started to change. She found her too high-minded, too principled, too perfect.

“In the beginning, I was sort of in lala-land with Beauty,” Sage says. “But then I started to feel repulsed by her, and it made me feel Beastly! I just wanted to smack her one. I thought, If she says one more nice thing to somebody in the village I’m going to throw up.”

“In the fairy tale the Beast is obvious, right? He’s this great big monstrous character. Everybody goes, ‘Ooh, Beast!’ But somewhere they know he’s going to be a prince underneath. I don’t think most people know that under Beauty’s façade, there’s a Beast.”

Sage was surprised by her reaction to Beauty’s falseness. In examining this more deeply, it led to her to see the anger under Beauty’s surface. That, in turn, made her more aware of her own rage.

“I hadn’t understood my outrage as clearly before – the place in me where I just felt this ROAR,” Sage says. “The Roar of Rage covered Beauty’s pain. It kept her from feeling her pain, and that’s the kind of pain that keeps us all from connecting deeply.”

I decided to go and meet Beauty for myself, and here she is, telling the story of her youth in a prose-poem. It’s really just the beginning of her story, but it gave me a sense of where Beauty is coming from, and what Sage had seen.

In the beginning my father was rich
And I was one of six.
He was a sensible man
Who gave us a good education
After my mother died.
He favored me
Openly
“Where is my little beauty?”
He’d ask when he came through the door
“There you are
My pretty rose,
Prettiest of the three.”

I wished he wouldn’t say it.
I watched my sisters shudder
I felt the hate they had for me.
It hurt. Hate is a stone thrown
That makes a tender place in the heart
A wide, widening weakening
Open for attack.

I had to build a defense
And so came to regard them
Silently from my battlements.

Why not marry the merchants
Who come to the door?
Why would you refuse them?
Father’s a merchant
Is he not good enough for you?
You flirt with merchants’ sons,
You wear your gaudy dresses
To their concerts and balls
Are they wrong to think you’re bargains
That will hardly cost them at all?

I stayed at home and read books
With gravitas.
My father liked philosophy
We would linger at the table
When the others had gone away
He would let me speak
And I would say
Whatever it took
To make him stay
So that I could bask
In the beam of his adoration.

Then tragedy struck!
My father lost his fortune.
He risked too much
On an overloaded, inflated boat
That sank at sea
He moved us into a country house
And went to work like all the rest
Of the dull-eyed men
Who counted beans.

We didn’t talk philosophy
His eyes glazed
And the tears dried
On his stone cheeks
My sisters mended their old dresses
And rode to town, two on a mare.
They went to a party with the merchant boys
With whom they had toyed
Whose bruised hearts had hardened
And the boys rose to the moment.
“You’re not fit for milking cows,”
They sneered.

My sisters rode their outrage home
And battered me
With words that made no mark
On the walls of my garrisoned heart
There wasn’t much
That touched me.
Not even the flattery of the villagers
Who were certain that a handsome nobleman
Would soon have his eye on me
The dressmaker gushed,
“You’re not like
Your sisters at all,
“You’re sweet tempered
And kind.” Hush, you bat!
My sisters are in the store!
“My father is my only concern now,”
I said aloud. “I really need nothing more.”

(I saw what my sisters did
They stuck their fingers down their throats
And pretended to be sick on the floor.)

Anyway, generally, people felt sorry for me
Living the way I did, with snakes,
And pity grew like weeds
All around the village,
Wherever I went
And worst of all,
In me.
Again, I rose above it
And climbed to the heights of dignity
I told myself that I would be
Happy in my poverty.

My brothers farmed
And my father came home
At the end of the day
Dry as straw
And drank till he went to bed.
I rose at four, milked the cows
Made the breakfast
Swept the floor
And developed a healthy glow.
In late afternoon,
When the sun lit the lace
On the window
I played the harpsicord
And sang till the day was done.

In contrast to
My sisters who
Woke at ten and wandered around
Kicking up dust
Spilling the milk
Oversalting the stew
And when I played the harpsicord
They gazed at the shadows the curtains made
And groaned: “Only a peasant could be
As happy as she
In this dismal situation!”