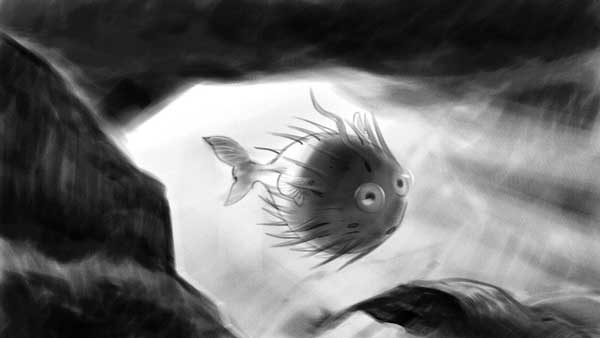 I was in my mid 20s when the dreams started to come, and I was most certainly not ready for them. Like the king who rules his realm of reason and wants no interference from “fate,” I had learned what I needed to do to hold down a good job and pay the mortgage. I didn’t want to have to deal with all the material I had sublimated in order to maintain my focus.

I came out of my school years with a narrative that basically went like this: the world of appearances is all we can know. Anything else: art, poetry, spiritual experiences contribute nothing to what we can know about the nature of reality. At best they might sweeten the pill. I had studied the work of men like Alfred Russell Wallace who tried to introduce spirituality to the materialist world-view. When he came into conflict with Darwin on the subject of human consciousness, he fell out of the ranks of science and was considered a traitor to the project of sweeping superstition from those Enlightened halls.

Yet what of poetry? What of art? Where is the place for the artist in a materialist age? Those questions stayed with me, along with the incomprehensible poetry that drilled away at the dam I had made in my consciousness.

Then, in my late 20s, the dam burst. The dreams broke through. They were so enormous and terrifying that I stopped sleeping because I didn’t want to dream. I worried that I was going crazy. Dreams were an intelligence greater than my own, but I had no experience with the “mind of the sea.” How was I supposed to interact with them, and what purpose did they serve anyway?

In one of the dreams, I was standing in a tower. I had climbed to the top and was trying to get higher. I stood on a box of matches and squeezed my head up into the narrowing spire. There was a little window, no bigger than my eyes, out of which I could see the land below: a wide, sprawling prairie. Autumn leaves were flying around in the air. Then I saw a dark cloud on the horizon, and realized that a mighty storm was barreling my way. When the winds arrived, they would break the tower like a match stick. I woke knowing that I had to get to the ground, because everything I had constructed was about to be taken down.

After that, I figured it was futile to try and stop the dreams. Let them come. Clearly, I needed a re-education. I had to trust that oceanic intelligence if I had any chance of emerging sane.

While it had been autumn in my dream, spring had arrived. One night, I walked out into the fresh air and made my way down the street. I came to a children’s playground and sat on a little swing. I looked up at the bright stars and said, “Okay, stars, if the life I have made for myself is based on false foundations, make me true. Do what you have to do.”

Within the next two years, my life came apart. The job, the marriage, the house, the city, the circles of friends, all came to an end.

In the midst of the revolution that my own mind had staged in me, I came to understand that all of this dream stuff was a form of knowledge. But what was I to make of it? Then one day, I took my aunt out for lunch. She was a very conservative-looking woman with short silver hair, glasses, and a small, sweet smile. I had never gotten to know my Dad’s sister, and I was curious about her. We ate at a Chinese restaurant in Ottawa, and chatted about this and that. Then, at some point in the conversation, she said that she wasn’t much interested in outer life. She was more interested in the quality of her inner life.

Inner life? She began to tell me that she dreamed. I felt as if she were opening a little door. I didn’t know that in the garden of the world, there was a secret door. I asked her how she interacted with her dreams. She said she recorded them, and then she told me how:

“Draw a line down the center of the page of your journal. On the left, write down everything you have seen, heard, and sensed in the dream. Keep it very short and factual, noting everything. Then, on the right side of the line, jot down the events that are going on in the day. Small and large, just whatever is going on. I don’t analyze my dreams, I just to through the day allowing myself to be informed by what I’ve recorded on both sides of the line.”

Last night, my friend Kathy urged me to tell this story, and as I did I realized what a mighty thing it was that my aunt gave me. She helped me to break a spell that had cast on me on my first day of school, when the teacher shamed me for drawing a blue line down the spine of my speller. I didn’t realize at the time that I was doing anything so momentous.  I just went about following my aunt’s instructions, drawing my lines down the page, ritually bringing back the material that had been dispelled. My dreams stopped terrifying me. Over time, they started to nourish me. They informed me, guided me, and left me in awe of the deep mind, our “No. 2 personality,” as Carl Jung called it.

Most of my stories are dream stories. They come from the mythic imagination, from conscious questions that are addressed in images and stories like “Soul Fish.” This type of ‘mythic story’ arises pretty much fully formed, and I am always careful about editing out things I don’t understand. I didn’t comprehend much of the ending of “Soul Fish” when I first wrote it. My wonder over it persists, and has kept the story alive in me for two decades.

Needless to say, our belief systems radically change as a result of experiencing the world on both sides of the line. I recognize how difficult it can be for the artists of our age to integrate the material that comes to them from that oceanic intelligence. Sometimes we feel very lonely — set adrift, and the lack of recognition for what we hold most dear can be hard to bear. But I believe that we are the pioneers of our age, bringing in light from those regions of depth.

I feel resolved at this time to do my best communicate what has come to me from the “other side of the line.” It involves the effort to communicate the depth of the No. 2 mind through the narrows of No.1. Even Carl Jung found that a difficult task. But it is a worthy project, for as we make room for the “forgotten language” of dreams and mythic tales, we come back to ourselves, where we find, as Joseph Campbell said, we are with all the world.

← Stashing the Soul From the Poet's Desk →