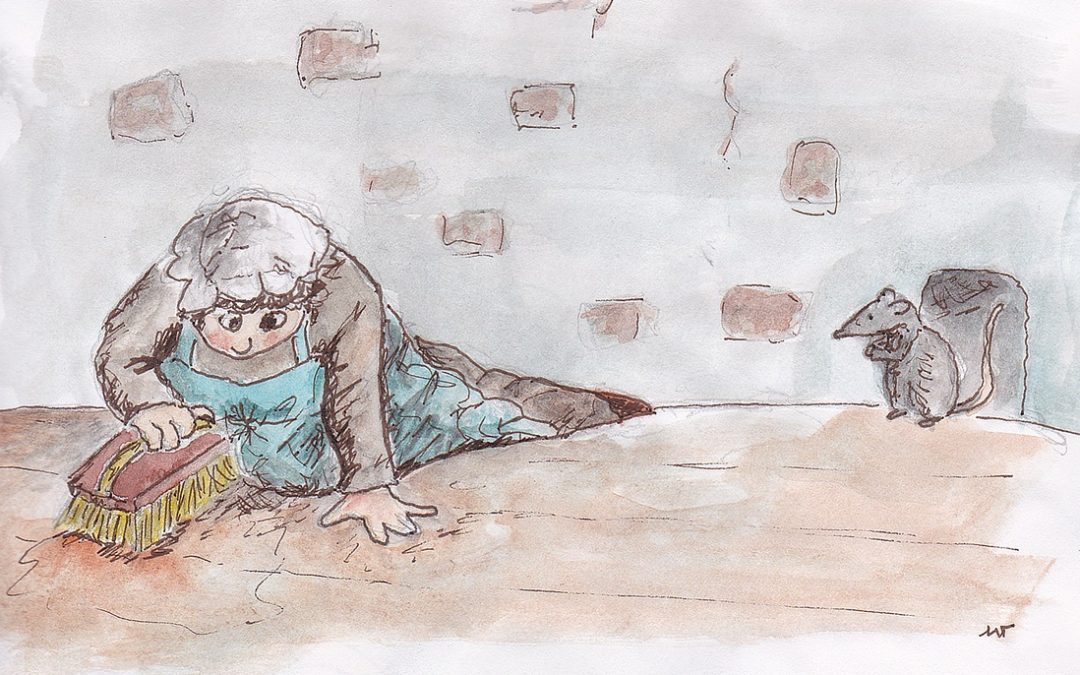 People often refer to fairy tales when they’re imagining perfection. A bride-to-be wants to look like a princess and have a fairy tale wedding. A romantic evening seems, in its most enchanting moment, to be “right out of a fairy tale.” At these times, we’re not thinking of the dark side of fairy tales, the girl with bleeding stumps for hands, the day-to-day drudgery of the ash girl, or the fear and hunger of Hansel and Gretel who are left to starve in the woods. For all their enchanting moments, fairy tales are not meant to lead us out of reality. As Donald Baker wrote in Functions of Folk and Fairy Tales, they’re meant to lead us in, to come “to terms with the world as it is.” 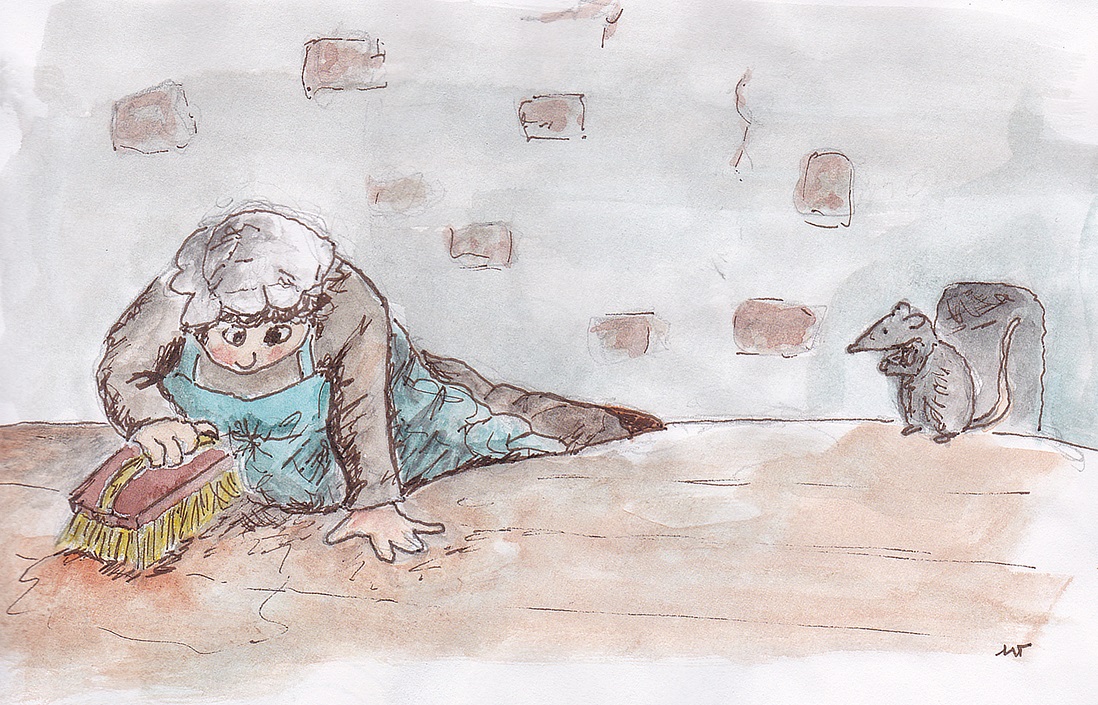 Still, fairy tales do allow a relief from reality, even as we’re coming to terms with it. The stories take us to the most extraordinary places. I’m thinking, for example, of the enchanted grove that the gnome Rubezahl (inThe Brown Fairy Book) creates to lure a beautiful princess into his underworld. With his spellbinding powers, he turns ordinary red rocks to white marble and alabaster. A stream that has been struggling on its rocky course is suddenly relieved to run down a smooth, silent channel. It spills happily into a clear fountain and leaps into the air in a diamond spray. Daisies and forget-me-nots fringe the sparkling pool, and a tall hedge of roses and jasmine rings it all around. Beyond, the marble wall opens to a grotto, glittering with many colored rock crystals, its niches filled with overflowing platters of fruit and sweetmeats.
After eating her fill, the wonderstruck princess and her companions take a dip in the enticing pool. While the other ladies remain on the surface, the princess sinks into Rubezahl’s blissful domain. Anything she desires she may have, except the company of any real human being. To compensate, Rubezahl gives her a wand that will turn turnips and carrots into the spitting images of friends above. Alas, however, when the roots wither, so do her virtual friends. The princess becomes acutely lonely in her fantasy world, and longs for real people, for true love. So the fairy tale, ever seeking happy endings, leads us back up to the imperfect world, to humans that betray one another, and life that is nasty, brutish, and short.
In fairy tales, supernatural beings from spectacular otherworlds long to marry humans, or become human themselves. The fairy Melusine wants to live and die as an ordinary mortal woman. The Elf Maiden wants to stay with her human husband, and stop vanishing back to her perfect world. She isn’t happy until her husband drives a nail through the threshold to stop her comings and goings. The princess escapes Rubezahl’s sparkling palace for the dull red rocks and scrappy trees of her own forest.
I formally launched WonderLit last Sunday afternoon, and invited my friends and supporters to a little celebration. I released helium balloons all over my house, each bearing a little story that might find its keeper during the party. I was more than usually excited and nervous about the launch of WonderLit, I suppose because one never knows where a fairy tale will take one, and it is my fervent wish that all our stories will deliver us home, and not leave us in neverlands.
And so, when the clock struck 2 and my ball was to begin, my back seized up and I could neither walk nor stand. I was nailed to my office chair, and from that place I greeted my wonderful guests. After several days I was able to stand and take my first steps, and I do so now with renewed sobriety. As the Elf Maiden herself might remind me, nothing is more magical, beautiful or sought-after than what is, at this very moment, real. 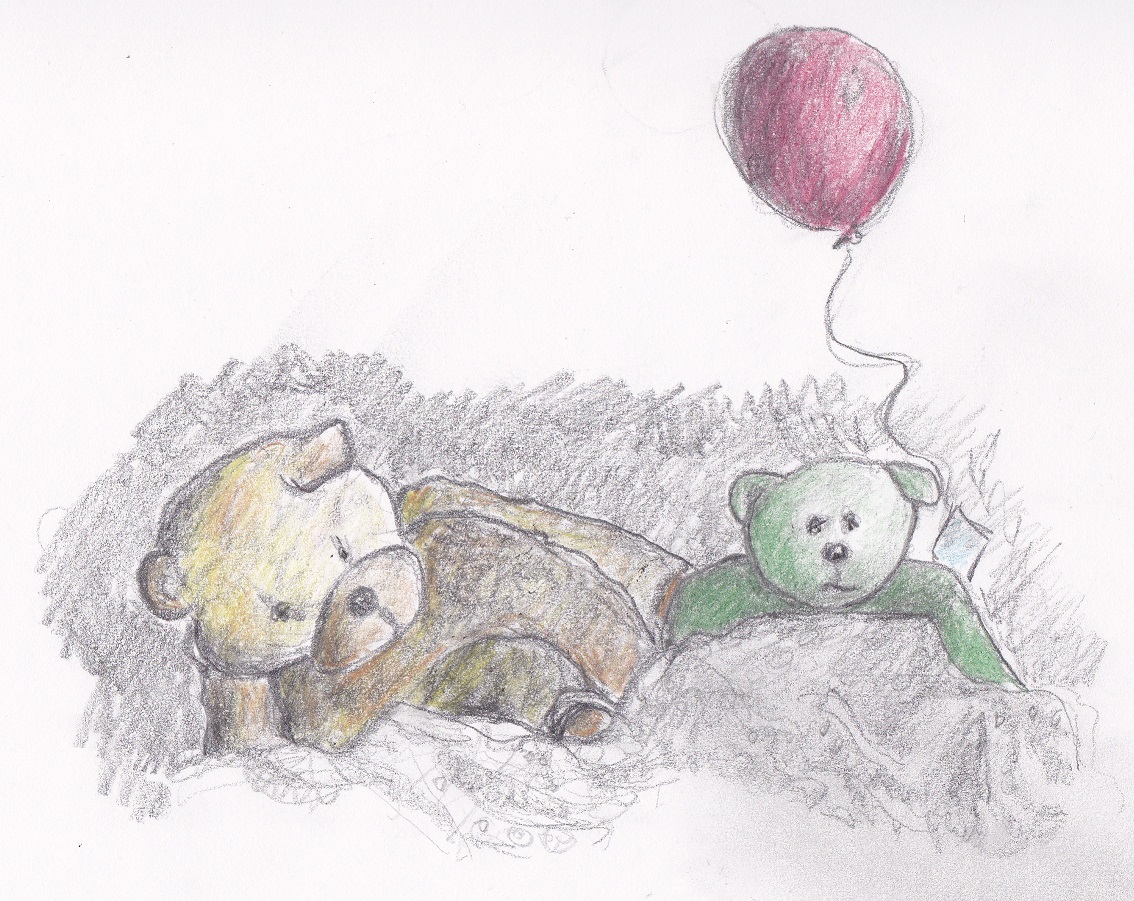