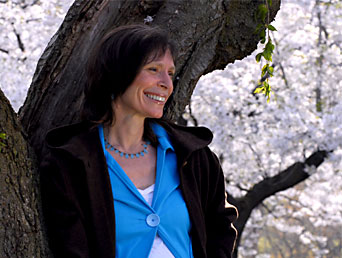 Several years ago I went through the WonderLit process with a wish to explore the French version of Cinderella. Written by Charles Perrault, it’s the story people tell most often nowadays. Disney did it. Rodgers and Hammerstein did it. Even Betty Boop did it. It doesn’t hold the “gravitas” of most fairy tales and Perrault seems to have gone overboard with the glass slippers, the pumpkin coach, and the wand-waving, wishful-thinking fairy godmother.

Still, it was the story that attracted me. I wanted to have some fun. I had been grieving the death of my father for some time, and I needed an uplift. I wanted to go to the ball.

What riveted me in the story was the scene of Cinderella dressing her sisters. They’re all gathered in the sisters’ bedroom, and Cinderella is fixing their hair before a full length mirror. She has been outfitting her stepsisters for some time. She pleats their ruffles and irons their linens, while she herself wears a dun-colored work dress and an apron. She wears it with flair, though, because Perrault’s Cinderella is very creative. She’s got so much style that the sisters seek her advice in choosing everything they’re going to wear to the ball—gowns, petticoats, headpieces, and makeup.

As she is getting her hair done, one of the sisters asks, “Would you not like to go to the ball, Cinderella?”

Cinderella retorts, “Oh, you jeer me. The ball is not a place for one such as I.”

I found that a very odd thing for her to say. I imagined that she found it an odd thing to say, too. I visualized her, later on in the day, asking herself, “Why did I say that? Do I consider myself superior to my sisters? Am I more spiritually advanced because I have no fun, and choose instead, to do hard work and meaningful service?” She’s uncomfortable with that prim stance she took with her sisters, mostly because it wasn’t honest. She’s young, she’s creative, and she likes to laugh as much as the next person. Why shouldn’t she go out and have a ball?

The crisis seems to come to a head when Cinderella is standing on the roadside waving goodbye to her sisters who are off to the palace. She’s stretching out her arms, waving, and smiling, but when they’re out of sight, the smile on her face stiffens and tears spring from her eyes. Her heart feels as if it is imploding. She’s weighted by the old conviction that she doesn’t matter, and that fun is for everybody else. Only this time, she’s angry, too. She’s angry at herself. She doesn’t like that morally superior person she saw in the mirror. It’s not her stepsisters who have left her standing on the pavement, shunted off to the side while the world moves on. It’s herself! She doesn’t know what to do next. She doesn’t have the conviction to go back into the house and carry on with her work, and she doesn’t have any means to get to the ball.

This is precisely where the fairy godmother steps into the story. Under her guidance, Cinderella now turns from doing dutiful work, to doing the work of getting to the ball. It’s hard, messy business that involves cleaning out a huge pumpkin and looking for trapped mice and rats, but it’s better than cleaning the house forever, for no other reward than a falsely-saintly self-concept.

Moreover, it’s transformative work. Who knew that a fat rat with a long moustache could be turned into the driver of the coach, or that lizards scuttling out from under a water pot could serve as coachmen? In the process of moving herself into a sphere of joy, Cinderella learns how to convert her old, negative way of seeing things into positive ways of seeing things. She learns to look for the coach in the pumpkin, the driver in the rat, and turn inside out.

I think you have to allow yourself to be a little silly to “make a silk purse of a sow’s ear,” as my grandmother would call it. Yet through many mighty acts of imagination, of make-believe, Cinderella makes a new belief, a positive way of moving forward.

She will still have her “gravitas.” She will still be the sister her sisters seek out when they want advice, but she will also be able to dance in glass slippers, and call upon her own, crazy, out-of-the-box personal Mary Poppins to lift her out of the ordinary sphere and see things in new ways. The story itself has been that kind of story for me. An umbrella, useful not only for shelter from the rain, but also, for uplift.

← Letters From Home The Girl Without Hands →