A No Good Place 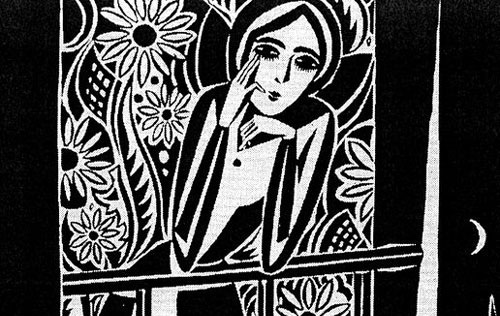 The Rabbi who wrote “The Lost Princess” was being true to his visionary Imagination when he admitted that he did not know how the lost princess is freed. He didn’t try to invent an ending. He knew that if a fairy tale has not yet been lived, it cannot be truly imagined. What we can do, however, is imagine ourselves into the fairy tale and get a sense of where it is moving us.

The story begins with a curse. In a heated moment, the king says to his daughter, “May the no-good one take you!”
And she goes to a “no good place.”

It doesn’t look like a no good place. It’s a pleasant castle where everybody is well-fed and entertained, though they seem completely self-involved. Nobody notices the king’s man when he walks in, and nobody appears to care that a stranger is poking around the castle.

The castle could be anywhere. It could this restaurant I’m sitting in, where people are all well-fed, and (like me) they’re texting on cell phones or typing on laptops. We’re not engaged with one another or our surroundings. We’re walled into the kingdom of the concrete city and wired in by a network that supplies a never-ending stream of amusement, news, and information.

But now I find myself being drawn into a particular scene in the story. I’m resting on pillows in the corner of the feasting hall, and looking out through the eyes of the king’s man. People are eating at a long table, occasionally murmuring to one another. Others are slumbering on the comfortable pillows arranged along the walls. Musicians play uninspired music on harps and flutes, and the king is about to fall asleep.

To liven things up, he summons his queen.

As soon as he does, the sleepers wake. There’s a feeling of excitement and anticipation in the room. People start talking to one another. The musicians improvise, playing a new kind of music that is more feeling and inspired. When the queen enters, I see her dressed in a colorful striped gown made of a gleaming silk fabric. Her crown is made of red-gold and her hair is long, kinky, and curling. Her bright eyes seem to be aware of everyone in the room. She greets people by name, and embraces several of them as she moves to her seat beside the king.

Soon after, the people fall back to their doldrums. The princess is a source of momentary enlivenment, but that’s about it. The experience is akin to seeing a great movie but then after a few days you forget the plot and you can’t even remember the movie’s name.

The princess notices the king’s man. She stands up and walks toward him. Even as she approaches, I’m having an epiphany. Like the king’s man, I have been trying to understand who she is. It has been a pursuit, whereas in this moment, she’s coming to him. She’s coming to me.

She asks the king’s man, “Do you recognize me?” 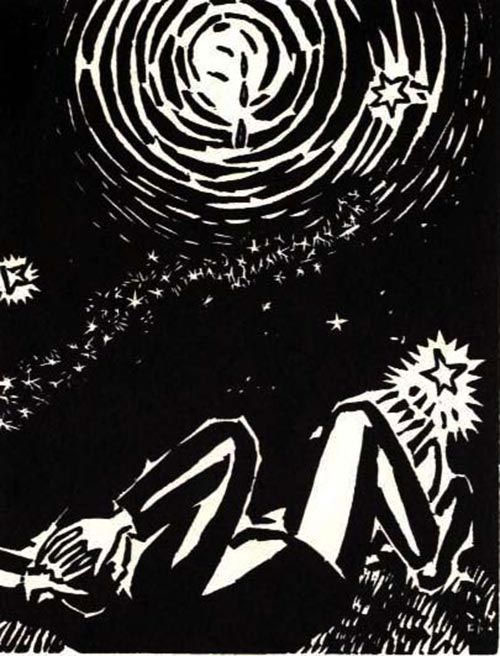 Of course he does. But does he truly know her?

There are tears in her bright eyes. I sense that she is suffering this happy place. She’s weary of not being seen, of being nothing more than a temporary inspiration, a pretty ornament that the king can call in or send out on a whim.

She tells the king’s man that he can’t free her by acting out his longing. He must dwell in it. Meditate on the longing. What is it? Why does he need to free her? What is he missing?

What is the world without its princess?

It seems to me it’s the mundane world, the so-called “real world.” In his book, Where the Wasteland Ends, Theodore Roszak describes it as a “world of office buildings, factory floors, classrooms, city streets, shopping centres, yesterday’s worries, this morning’s news. Responsibility, ambition, decision are upon us at once, monopolizing our attention.” (75)

There is no place in the “real world” for dreams, mythmaking and myth-telling. Generally speaking, we don’t remember our dreams. “If I were to suggest that in your dreams miracles of self-discovery have taken place, that in the ocean bottoms of sleep you have found your way to sacred ground … if I were to submit to that this has happened to you – to you, last night – you would be incapable of verifying or refuting the suggestion,” writes Roszak. (74)

And here we meet the boundaries of this walled-in city. We can only validate “objective knowledge.” We give no credence to subjective experience. We sent it packing long ago. Early philosphers of science like Francis Bacon who wrote Novum Organum (1620) cleared the path for the Scientific Enlightenment by eschewing ‘idolatrous’ thinking which included imagination, superstition, and generalizations based on experience.

He set up a split between the knower and the known and made a plea for rigourous thinking based on observed and demonstrable facts. He wrote, “I interpose everywhere admonitions and scruples and cautions, with a religious care to eject, repress, and as it were to exorcise every kind of phantasm.” (quoted, 149, Roszak)

Of course, many good things have been created by science and technology, but we stand outside it. A world without its princess is a world without us in it, reeling off its center, where unprincipled people can make up any truth they want if it serves their own self-interest.

Dwell in your longing, says the princess.

That’s the opposite of what most of us have been told. We’ve been instructed not to “dwell on it.” Feelings of sadness, confusion, and loneliness are generally not welcome in the busy, extraverted world. People say, “Smile and the world smiles with you. Cry and you cry alone.”

Is everyone crying alone?

If we shut out our subjective, feeling experience, we shut ourselves out. I remember a young woman who was suffering from depression once depicted her life as a “happy hell.” She couldn’t speak about her experience to other people, and she rattled around in her happy hell, just as the princess did in that no-good-place.

Everyone wants to belong. We long to be happy, to realize our gifts and talents. We long to be appreciated. And under the longing there are wounds, painful memories, grief and anger. This part of our selves is difficult to meet. It makes us feel weak, ashamed, vulernable. We get power when we break faith with ourselves, says Theodore Roszak. Bypass the heart and you can exploit and manipulate other living beings and the environment without inhibition. They just become things.

And that creates a no good place for everyone.

In many stories of the world, the moment of embracing our ugly feelings is expressed when beauty embraces the beast, or the old hag is kissed. The monster transforms. We find ourselves standing in the presence of Beauty, knee-deep in the pearls that are our own tears. We see what we care about, what we treasure, and what we have missed. Now it is no longer a question of longing, but of loving, and making our love real.

What are the implications of that, I wonder?

I think the Romantic poet William Blake knew the answer. He must have been one of the musicians in the room when the queen came down, and he wrote:

I’ll sing to you this soft lute, and shew you all alive
The World, when every particle of dust breathes forth its  joy. * 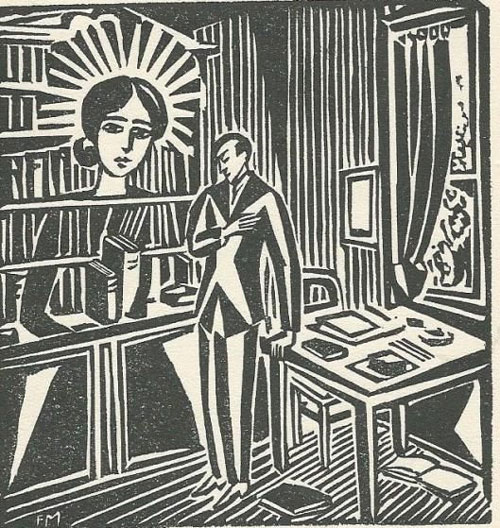 The woodcuts are by Frans Masereel (1889–1972) They come from a story told entirely in pictures called “The Passionate Journey.” It’s about a man who cares for a sick woman who dies. Then he goes to work, falls in love with a prostitute, travels the world, and eventually leaves the city to be in the woods where he dies in praise of the natural world.