A Gift from the 13th 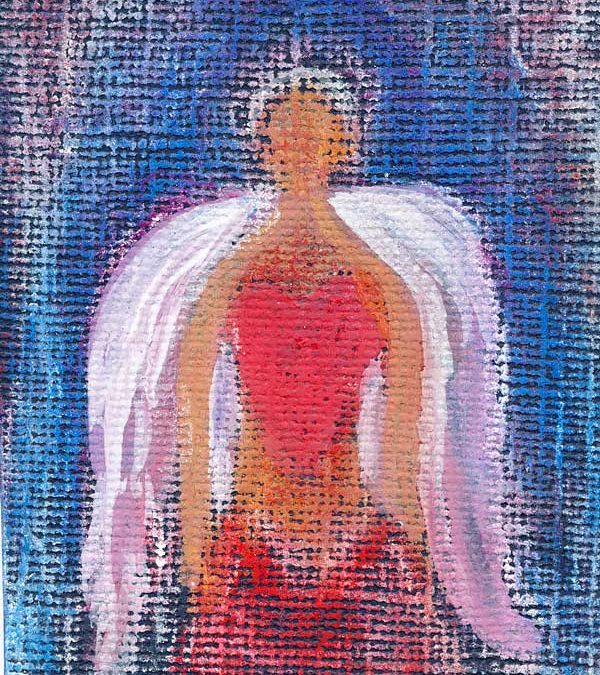 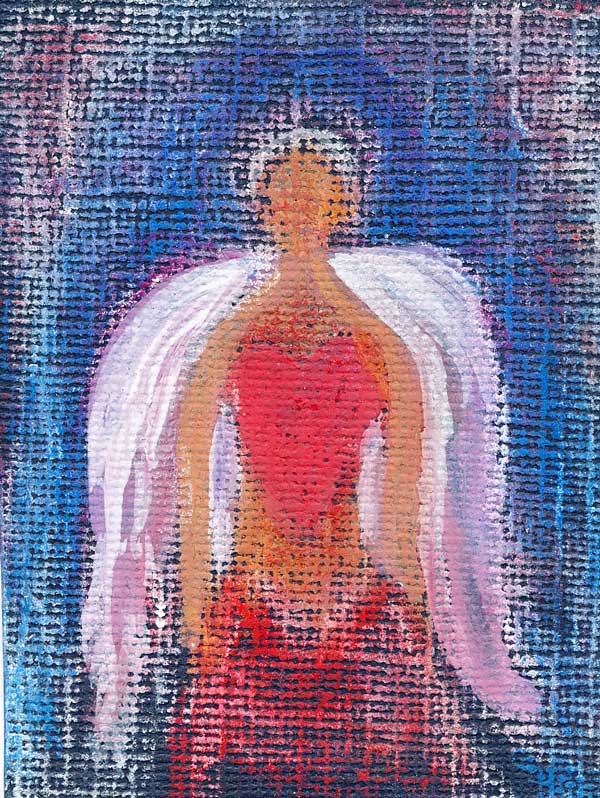 During the mid 1990’s, I often told The Briar Rose to groups. As I am wont to do, I invited listeners to each find their own character—go to the scene that spoke to them, and witness what they saw, focusing on the character that was most fascinating: human, animal, or object.

Listening to peoples’ stories, I learned volumes about the fairy tale, about life, about people, and about myself. One of the most powerful of those stories came from Nancie Patterson, who first became the 12th wise woman, and later, stepped into the shoes of the 13th wise woman, the terrifying figure in the story who curses the child to death.

At the time, Nancie Patterson was approaching her 80th birthday. She was my own personal wise woman, living in an apartment chocked full of fascinating books, original stories and poems, and boxes of pictures that she found compelling. On one side of the room, she maintained a small altar that supported a light she always kept burning.

When Nancie became the 12th wise woman, her listeners at the workshop were amazed. She brought the 12th wise woman right into the room, and accessed such a depth of character that she could have spoken for hours about her life. Her 12th wise woman knew precisely what it felt like to be at the christening of the princess. She couldn’t wait to present her own gift, a potted rose tree, made to impart to the child a love that would never die. She was just about to give it to the child when the 13th wise woman stormed into the hall. Furious that she hadn’t been invited to the feast, she cursed the child to death. The 12th wise woman put her potted rose aside to confront the curse of the 13th wise woman. She told us of her battle to push back on the curse until she finally defeated death. Beauty would sleep for a hundred years. But she would not die.

After the workshop, I phoned Nancie and I asked her if there was more to tell about the 12th wise woman. There certainly was and she was willing to give it a go. So I took my tape recorder and headed over to her apartment building. She greeted me with her warm British accent and her usual overwhelming affection. “Oh, there you are, darling girl. Come in, come in. I’ve been looking forward to this. I’ve put some tea on. Oh, I’m so excited to see you. I do love it when you come over to see me!”

After the tea was poured, we settled down in her jumbled, cozy living room – with me seated on the sofa, Nancie in her comfy chair, and the tea and tape recorder on the table between us.

I hardly had to prompt her to speak when, before my eyes, Nancie transfigured into the person of the 12th wise woman. She began telling me about her early life. Her name was Beatrice and she had curly red hair. For an hour, Beatrice herself spoke to me about all the circumstances that had led her to that moment of crisis, when she changed the future by amending the death sentence of Beauty.

Nothing has been more precious to me, in all my work, than this one tape. I transcribed it, and as I did, I gleaned that Nancie not only knew Beatrice intimately, she also seemed to have a handle on the character of the 13th wise woman, whom Beatrice called Griselda. I wondered what she might be able to tell me about the Griselda.

Once again, I called Nancie and asked her if she felt like having a go at Griselda. At this point, she had a wish (if not a need) to understand the motivations of this dark character who nearly took down the kingdom with her anger and her black magic. 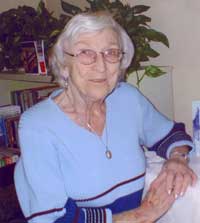 We had another powerful session and I transcribed it, but then, somehow, over the years, both of the tapes went missing. I was especially upset to have lost the tape of the 12th wise woman, because Beatrice’s story, told by Nancie in her own words, was such a revelation. In my earnest search for the missing tape of the 12th wise woman’s tape, I completely forgot that Nancie had also told the story of the 13th.

After Nancie’s death in 2007, I was still looking for the 12th wise woman’s tape. Then, this month, on Friday the 13th, I happened to be cleaning out my file cabinet when I came across a little tape marked “12th Wise Woman.” It had been placed in my Personal Folder, along with my marriage certificate, my birth certificate, my divorce certificate, and so on.

I played it, and listened anxiously, waiting to hear Nancie’s voice. There she was, telling a story, but It wasn’t the story of the 12th wise woman. It was the story of the 13th: Griselda’s story, told in her own words. Here is how it begins.

After the main story came out, I asked Griselda to tell me how she had come to be so angry. She told me that she had never felt loved, not from the time she was born. Her mother and father turned away from her. Only the Queen accepted her because the 13th wise woman protected her. Griselda’s knowledge of black magic, and all the dark manipulations of one who no longer sought the affection of others, provided the Queen with a defense system at court. Everyone feared Griselda,, including, of course, the wise women, and so they were relieved that Griselda hadn’t been invited to the christening of the vulnerable, innocent child.

Here is Griselda reflecting on her life and her appearance.

I asked her what happened after she had delivered the curse, and her powers had been broken. Where did she go?

After Griselda “disappeared,” Nancie examined what she had said. We discussed Griselda’s use of power, and as we did it became clear that she, who had experienced so much loneliness and isolation, gave herself a crushing burden of responsibility after she had delivered the curse. She was banished from the kingdom, and even if she had wanted to reform herself, she was forced to carry out her dark prophecy. At this point, Nancie’s own feeling about Griselda went through a change.

The Briar Rose project was one of the richest fairy tale projects I’ve ever entered into. I repeatedly told the story over a period of fifteen years. From the characters themselves, I learned what the story had to say about deep sleep and awakening. I was given insight into fate and time, love and will, belonging and not belonging. I’m not sure the project has ended. It perhaps wants to be a book, as the voices of the characters continue to inform me.

I still haven’t found the missing tape of the 12th wise woman. Maybe, like her potted rose, it has disappeared, and we will never get to listen to Nancie retell the story of Beatrice’s past and all the experiences that led her to that moment of meeting death with love. In real life, Nancie did meet death with love, and that’s another story. 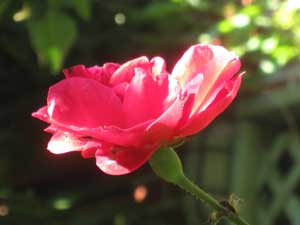 ← Letter to a Snowman The Red Shoes of Imagination →