A Brief History of My Voice 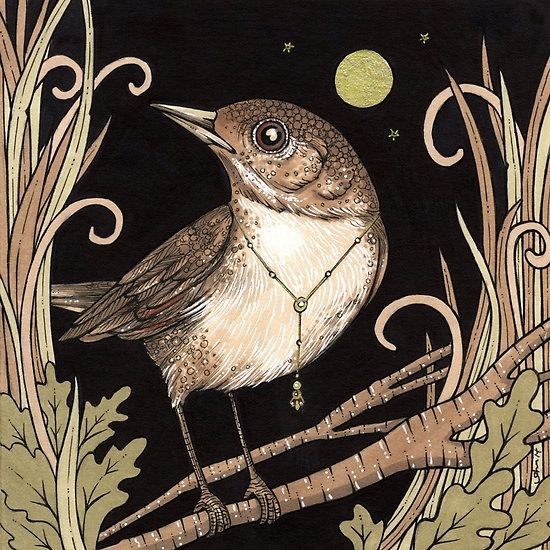 Since January, I’ve been doing a lot of singing and exploring what it means to sing, speak, and write in our natural voices. I wonder how much real freedom our voices get and the extent to which they are distorted by the culture at large and the media through which we channel them. Hans Christian Andersen’s tale, The Emperor and The Nightingale has provided a good framework for this exploration. The story is centered on a nightingale who is taken to the court to sing for the Emperor of China. Her natural voice is so beautiful it brings tears to the eyes of Emperor, and he keeps her in the palace. Her voice becomes all the rage and the courtiers imitate her, punctuating their speech with her trills. Then one day the Emperor of Japan sends his Chinese friend an artificial nightingale who can easily outperform the natural one. It is superior both in its bejeweled appearance and in the perfection of its voice. When someone gets the bright idea to see how the birds’ voices will compare in a public contest, the nightingale flies out the window. She can’t sing a perfect song, let alone sing a perfect song over and over again, so she returns to the forest where she can freely give voice to whatever lights in her heart.

The story has me wondering what flies out the window when we start thinking that our natural voices can’t compete with the ‘perfection’ of manufactured performances. What goes missing when we change our natural voices to pass muster with the critics? What doesn’t get heard? Do we know the sound of our own natural voices, and how do we foster them, give them space?

From the time I was a little girl, I sang. I didn’t think about how I was heard. But as I moved into adolescence, I became painfully self-conscious. When I was 17, I felt as if there were eyes on me in every room. There was no place where I could go to be myself, think my own thoughts, feel my own feelings. It seemed that others, especially males, had made a claim to me to which I hadn’t consented. My body had become something that others felt entitled to appraise. The scrutiny wasn’t always covert. One day in university, I went to have a drink with my friends, and at the entrance to the pub a panel of self-appointed beer-heads were holding up cards and rating every woman who entered on a scale of 1 to 10. “As if their stupid scores mean anything!” we joked to one another. But they sure as hell did.

In his book, The Bonobo and the Atheist, Frans de Waal mentions a study that showed that humans “are in fact so sensitive to public opinion that we only need to see a picture of two eyes glued to the wall to respond with good behavior.”

At seventeen, I called those eyes “fools’ eyes.” They had a profoundly vanishing effect. I fled the spotlight–disappeared into the recesses of a psychological cave. I stopped singing, and more profoundly, I stopped recognizing my natural voice. What material did I love to sing? What was the music that I heard within me, and what was my own natural sound?

Last November I decided to confront that self-consciousness by telling the story of the history of my voice and singing examples of how it got silenced and how I am coaxing it back. I have to say those tellings were the most uncomfortable thing I’ve ever done, but also the most rewarding. I found myself standing in an expanded space with many others whose voices have been similarly challenged. We were all listening the way the Emperor listens to the nightingale at the end of the story. He’s been brought back from the brink of death by her voice, and now he is intently receptive to the way nature is singing to him.

Telling the Nightingale story changed my relationship with singing. I started calling back songs from childhood that I had spurned in adolescence because they weren’t cool. Growing up in the 60s, I gravitated to big, moving songs from musicals. My voice wanted to dream the impossible dream, run where the brave dare not go, climb every mountain, dance every night, charge up hills that are alive with the sound of music and baffle the nuns in the cloister who would never be able to solve a problem like Maria, or catch a cloud and pin it down.

Along with the old songs came the ones that I composed during the 1990s when ancient voices were welling up from the fairy tales. Now I’m speaking and singing poetry, from Rumi and Hafiz to St. Francis of Assisi and e.e. cummings, and finding their intrinsic rhythms and melodies. In the coming months, I’d like to share this process with others who are interested in expressing their natural voices. They’re present even in the choosing of the material we wish to sound and sing.

I haven’t done a lot of writing during this time. Mostly I’ve been working with songs, but I did rediscover my first novella, which I wrote in the mid-eighties. I had completely forgotten the story but I recognized the voice like an old friend. The narrator is a young woman who can’t stop herself from saying exactly what she instinctively feels and she sometimes pays dearly for that gift. But she’s determined never to lose it.

I honestly think that for me, the writing voice is even more problematic than the singing voice. It’s the most careful, self-critical, and measured of them all. Things have happened as a result of putting my writings out there. It doesn’t matter whether the writing is fiction or non-fiction. The stuff that comes close to home, that causes people to feel exposed (which is never my intention) has generated some pretty harsh backlash. As I said to my writing group the other day, “ I know what it’s like to be crushed like a bug” for writing something that gets taken the wrong way. I’m a fan of fairy tales for many reasons, but way up there is the fact that these stories allow us to speak truth without the risk of getting hauled off and burned at the stake. 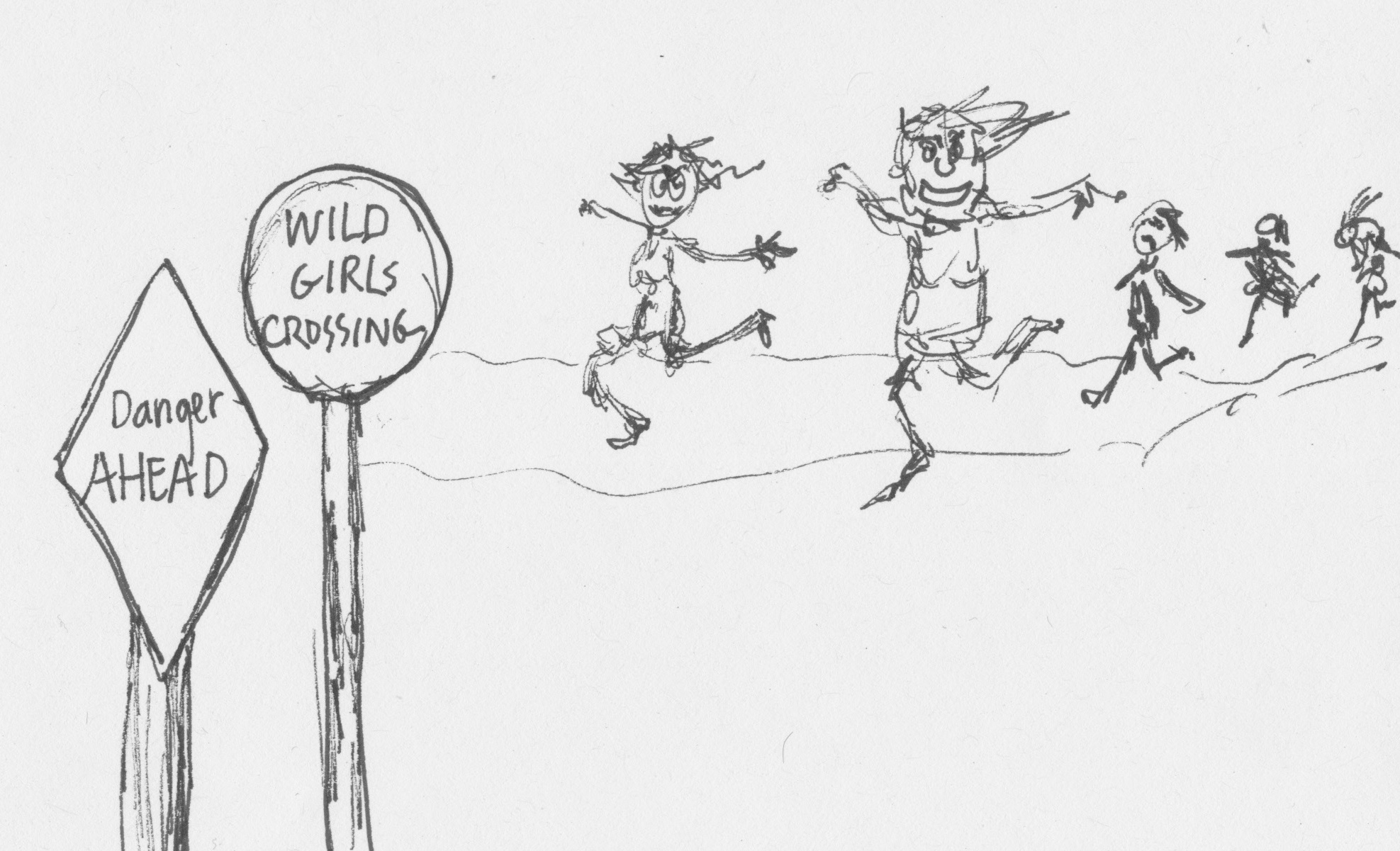 So, in addition to finding out what my natural voice sounds like in song, I’m also pretty interested in what it sounds like in writing. I’m never going to lose my consideration for you, my reader, but a wilderness wants to expressed. The psyche isn’t a rational animal and mine ranges through many worlds. All too often, I’m excluding what I really see and feel because I’m too concerned that I’ll lose you. I’m thinking, “Well, you can’t mention the gnomes because your audience doesn’t haven’t any idea what the gnomes are.” I can’t tell the story of how I came to know about gnomes and fairies every time I mention them. So they get edited. It’s time to change that, and find my way to a deeper trust.

In that spirit, I’d like to share one of my current songs. The lyrics come from a poem called “Retreat” that I wrote back in the late 1970s.  At the time, I wondered where this mystical voice came from and what kind of knowing it held. When I ventured into the poem recently, I heard a song in the atmosphere. It wasn’t an easy melody to ground, but after a few weeks of chasing moonlight, it shone strongly down on me. Here it is, a cappella. Pretty much in its natural state!

We left this neon world behind
Far tucked away beneath the folds
Of the valley’s face,
And we roamed the glassy floor beneath
a midnight moon
Startled from the dreamy womb of earth
With its blind and sleepless
Prophets who stumble
Undazzled through time.

We are no poets
Only a primal pair of Eden’s lost
Who listen to the starry spheres at night
To catch some white and rolling
Ray of gentle thought.

← A Different Kind of Mirror The Bridge from Speech to Song →